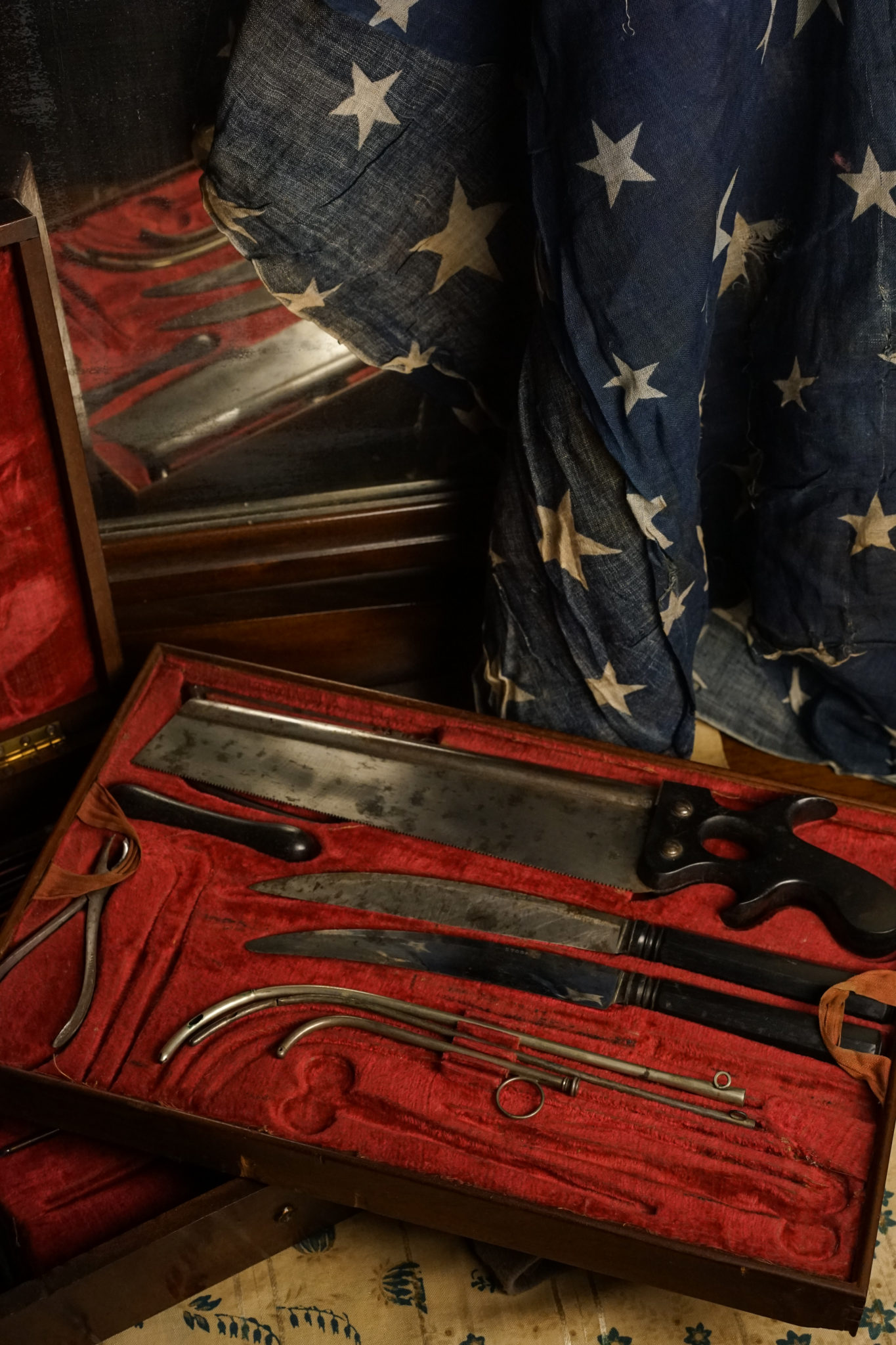 A rare marine surgical instrument set by the renowned English cutler and surgeon’s instrument maker, Stodart. According to Elisabeth Bennion’s Directory of Surgical Instrument Makers, the Stodart firm was in practice at 401 Strand, London from 1787 to 1839 (Bennion, 1979, p.335).

This surgical set is quite large, with its contents spanning several specialties from general surgery/ amputation, neurosurgery, urology, and even a small dental section. Various instruments have been lost over time – please refer to photos.

James Stodart, a fellow of the Royal Society and pioneering metallurgist of his day is noted for his early contributions in the development of stainless steel with the young experimental philosopher of the Royal Institution Michael Faraday in an effort to create corrosion-resistant surgical instruments.

“The origins of the different types of stainless steel date to 1819 when Michael Faraday, a young experimental philosopher of the Royal Institution, and James Stodart, a cutler and Maker of surgeons instruments, began to systematically experiment with different alloys to improve the quality of cutting instruments. Faraday and Stodart succeeded in making small quantities of alloy steel, which a century later were submitted to metallurgical tests and found to contain not only carbon, but also manganese, chromium, nickel, tungsten, cobalt, vanadium, and molybdenum. The practical application of these experiments was cut short by Stodart’s death in 1823 but these two men had nevertheless inaugurated the search for improved alloy steels. European metallurgists knew of the valued Faraday and Stodart’s work; the French industrial engineer M. H. Landrin, for instance, discussed their alloys of silver, rhodium, platinum, and chromium in his treatise on the cutlery manufacture, L’art du couturier (1835) (Edmonson, 1997, p. 282).”

Stodart’s collaborative studies with Faraday also lead to new and improved methods of hardening and tempering of iron and steel. A scale of temperatures and corresponding colors in relation to their suitability for particular categories of cutting tools and instruments was established and adopted by later cutlers and instrument makers (Edmonson, 1997, p. 276).

ICU RN, collector, and seller of fine medical antiques, amongst many other things!