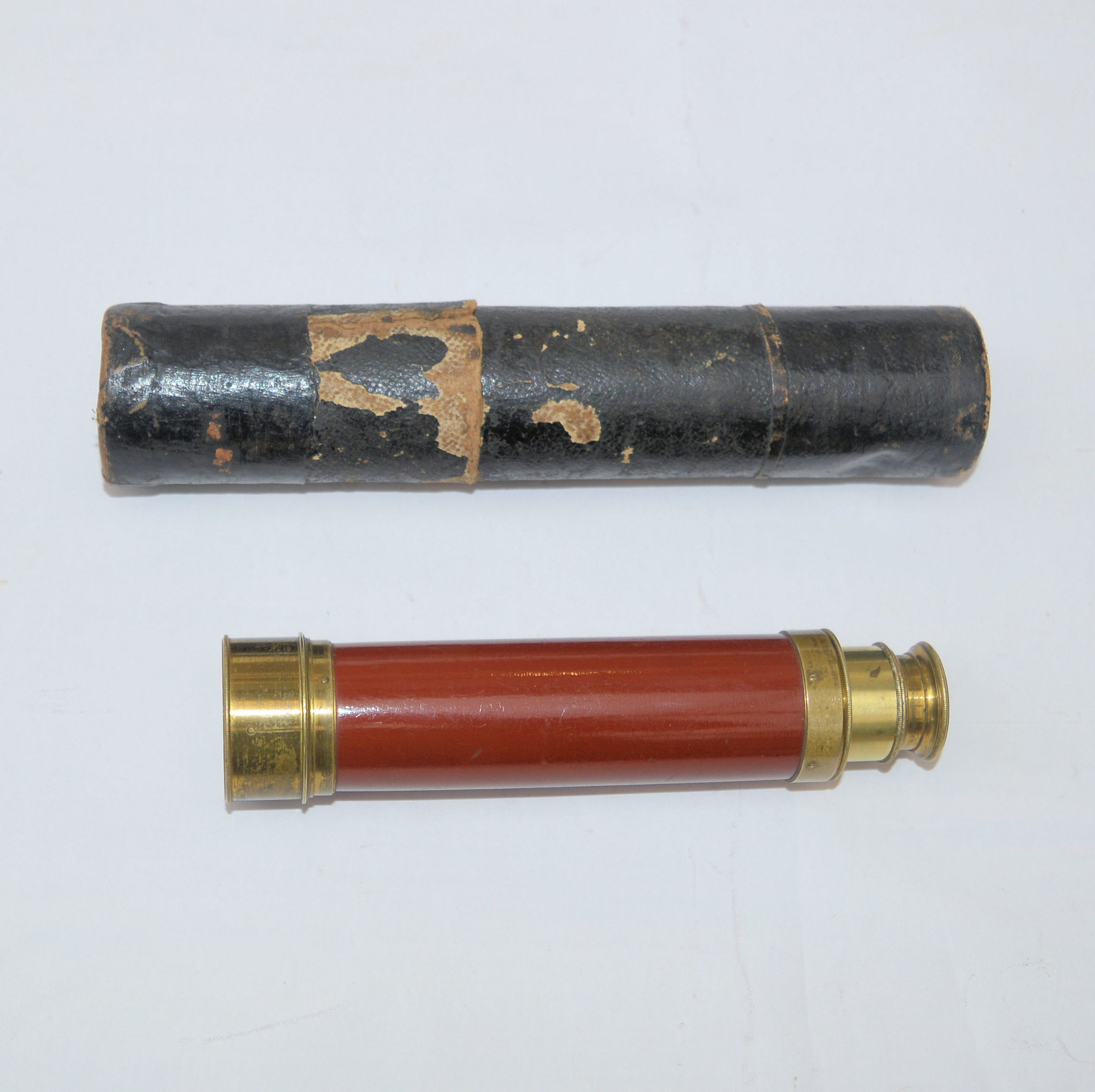 A three draw brass telescope by Dollond, London with a mahogany barrel, lens cap and eye piece dust slider, measuring 14 cms long, closed, and 35.5 cms when fully drawn. It has 27 mm objective lens and the first draw tube is constructed of three sections.

The telescope is additionally signed around the brass collar of the objective lens in script, ‘ Sir Rose Price Bt, Trengwainton, Penzance ‘.

Price was part of the Cornish establishment, a magistrate,  and appointed inaugural president of the Penzance Library (1818). His wealth came from inherited sugar plantations on Jamaica from his father, Francis Price (1635-1689) who was believed to be a junior officer at the island’s conquest of 1655. Francis acquired his first Jamaican plantation in 1663, and subsequently bought further estates. In 1670, after England gained formal possession of Jamaica, he acquired 840 acres which he named Worthy Park.

In 1791 the family estates in Jamaica, including Worthy Park, were in trouble owing to unscrupulous local agents. Rose Price travelled to Jamaica to assume direct management, where it is claimed he doubled their value.

He expanded sugar-cane cultivation by 25% within three years. In order to achieve this, Price had expanded the number of enslaved people at Worthy Park from 355 to over 500. He also introduced adapted Cornish mining technology for mills and brought Cornishmen to assist in the plantation management.

The enslaved people working at Worthy Park came predominately from Africa. They, and their descendants, were deployed in the harvesting of sugar cane, but also worked in the production of sugar and rum.

Lizette, a 13-year-old enslaved girl, bore Rose Price two children during the 3 years he spent at Worthy Park. Once older he sent them to England to be educated.

Rose Price returned from Jamaica in 1795 and that year married Elizabeth Lambert, niece of Lord Sherborne in Gloucestershire. His income from Jamaican estates was then around £6,000 a year, and he continued to invest in further plantations.

Price remained committed to slavery and became a staunch anti-abolitionist. In 1832, whilst living at Trengwainton, he wrote a defence entitled Pledges on Colonial Slavery, to Candidates for Seats in Parliament, Rightly Considered. This included his response to a pro-abolition article published in the West Briton on 7 December 1832. In his response, Price claimed, by giving various examples, that the treatment of enslaved people on plantations in Jamaica was better than of most labourers in England, and “milder” than in ancient Egypt, Greece and Rome. His defence of colonial slavery is followed by printed letters in support of his view.

Rose Price died soon after British Parliament passed the Abolition Act in 1833. His executors later received over £10,000 compensation awarded to owners of formerly enslaved people. Despite this large sum, Price’s finances were not sound: he had encumbered both his Jamaican and Cornish estates with substantial debts, and Trengwainton was sold by its mortgage holders in 1835.

The telescope is in very nice condition, noting a chip to the veneer barrel; the lenses are damage free and it gives good, clear images when viewed through. 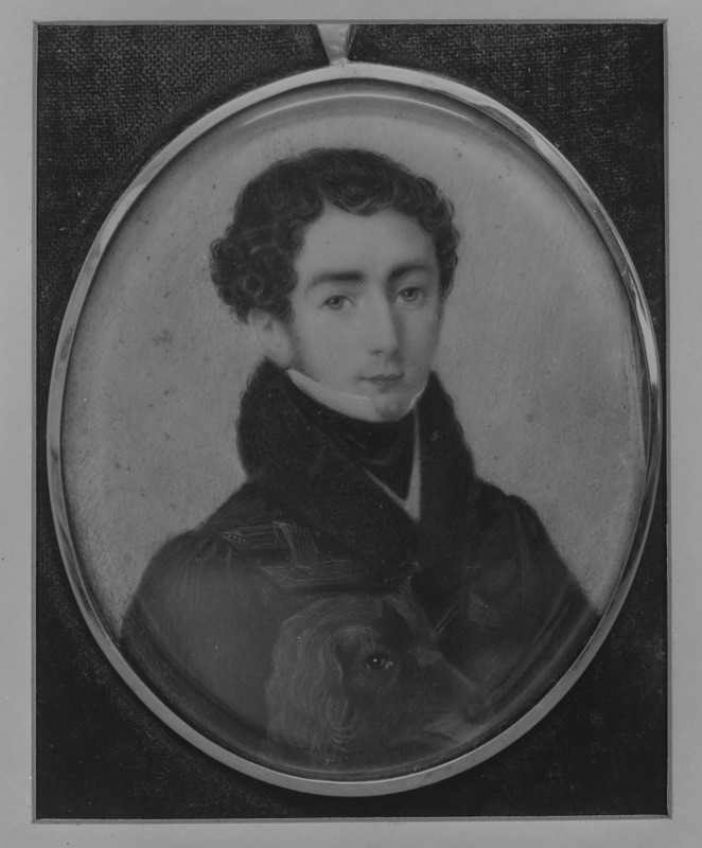