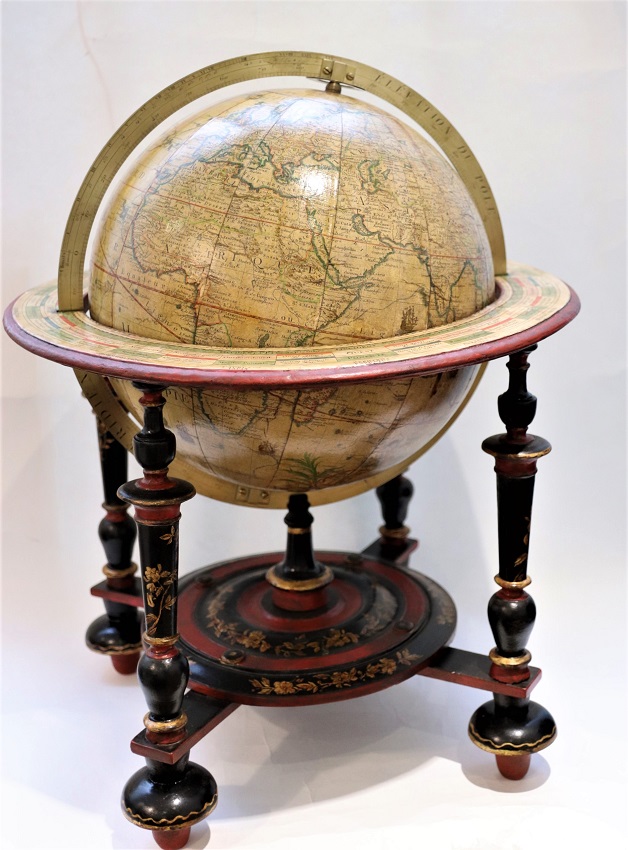 A large and superbe terrestrial globe by Desnos – 1758

Terrestrial globe by Louis-Charles Desnos on a quatripod stand with red and gold floral decoration in the style of Abbé Nollet, dated 1758. The dimensions are 31 cm for the diameter and approximately 40×60 cm mounted on its stand.

This is one of Desnos’s first personal productions after his collaborations with the dealer in maps and prints Jacques Hardy and the cartographer Jean-Baptiste Nollin.

Desnos was a manufacturer and merchant of spheres and astronomical instruments. In 1749 he married the widow of Nicolas Hardy, the son of Jacques Hardy to whom he succeeded in 1753. By 1769 he was appointed engineer-geographer to the city of Paris.

The cartography, the colours and the brass meridian circle are in beautiful condition.

Scattered restorations, in particular to the poles ; one of the three cartouches, which was missing, has been redone identically.