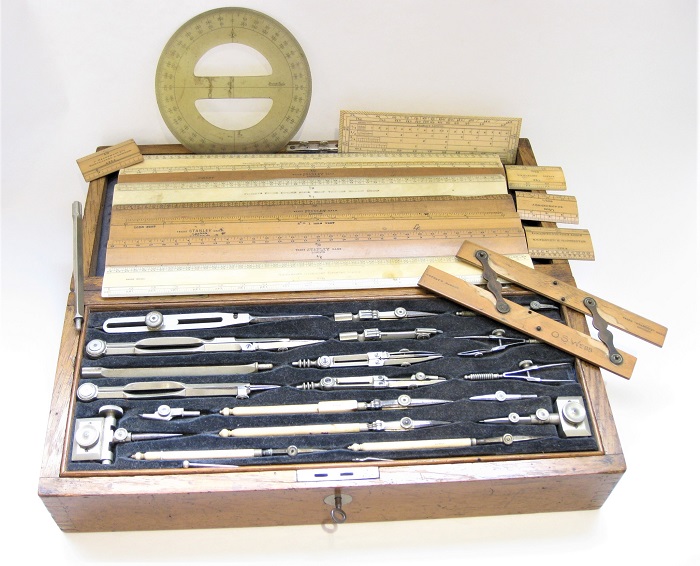 A good example of a quite large box of nickel silver instruments dating from the late 19th century and bearing the signature “Stanley / 3 great Turnestile / London W. C.”

This is a high quality set with all instruments in nickel silver and ivory.

Box in walnut with a plaque to lid with the name “Oliver S. Webb”.

Despite some tears at the silk in the lid, good general condition.