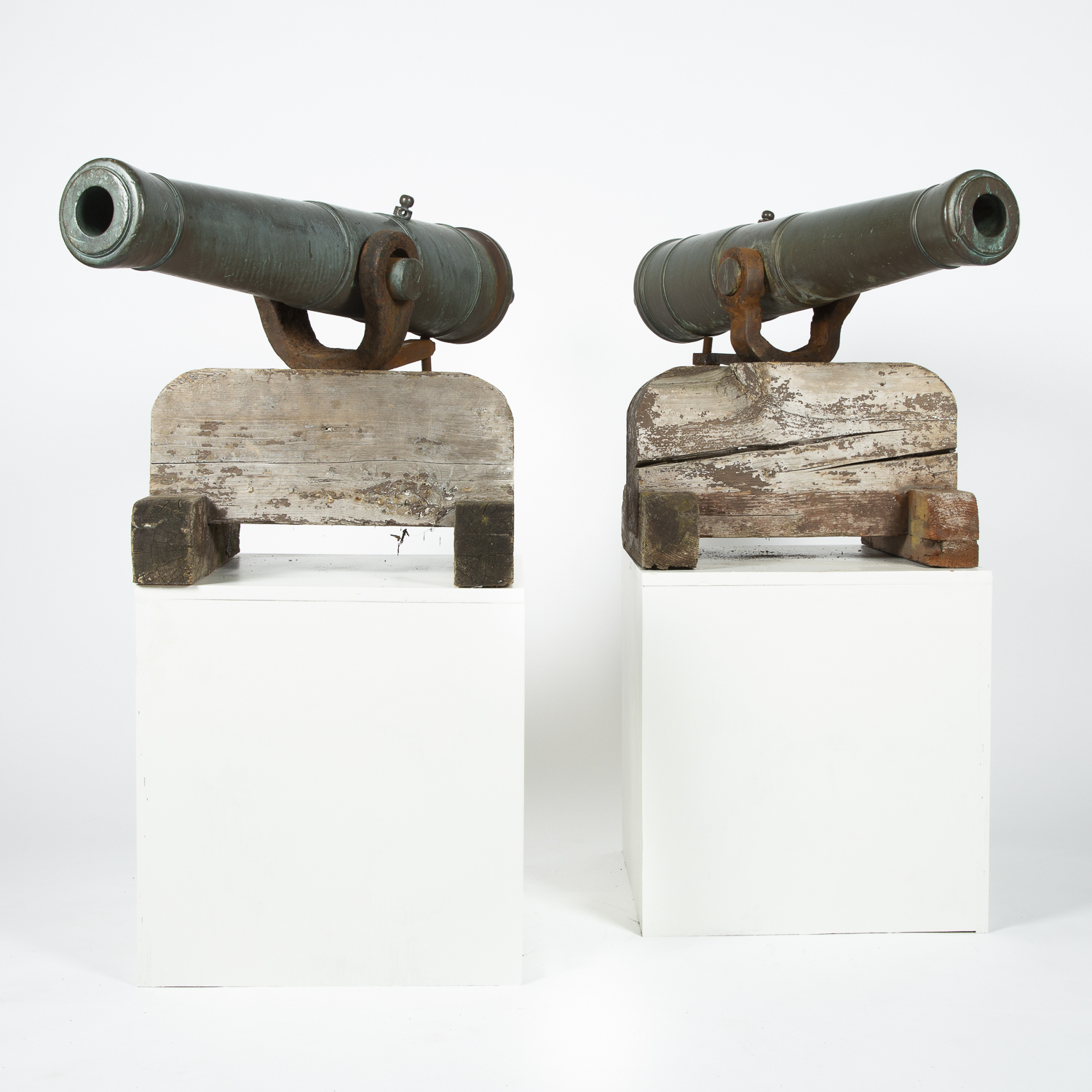 A pair of Danish bronze falconet one pounder cannons, circa 1808.

A pair of Danish bronze falconet one pounder cannons, which were certainly made by the Gamst foundry, Copenhagen, in 1808.

Produced after the Royal Navy removed the munitions from the Copenhagen naval arsenal in 1807 after the Bombardment of Copenhagen. In response to this Danish Navy needed to rebuild its naval defences, and such cannon were made by the Danish gun foundry in Frederiksværkj, and the Gamst foundry, København. Gamst was the only private foundry capable of producing such armament. This is described in the book: Danish artillery during the Napoleonic age, by the Danish Royal Arsenal Museum.

The pattern of these cannon designed in 1781, are also known as swivel guns, and were cast to be used in “The Gunboat War”, Kanonbådskrigen, 1807–1814, against the Royal Navy during the Napoleonic wars. Sold in the 1850’s by the Danish Navy, they were later used by the merchant marine as signal guns in light vessels up to the 1930’s.

Each cannon has tapering multi-stage barrels formed with astragal mouldings, 2 inch bore, swelling at the muzzle, and “monkey tail” handles, mounted on iron gimbles for adjustable angle of fire. The bronze has a fine patination commensurate with their age.

The length of each cannon: 91 cm. (they stand around 105 cm in height on their mounts and plinths, as in the photographs).

There is an example of one of these cannon, in the collection of the Tøjhus museum, National Museums of Denmark object number: TM A 521.

The Gamst foundry was established in Copenhagen in 1782.