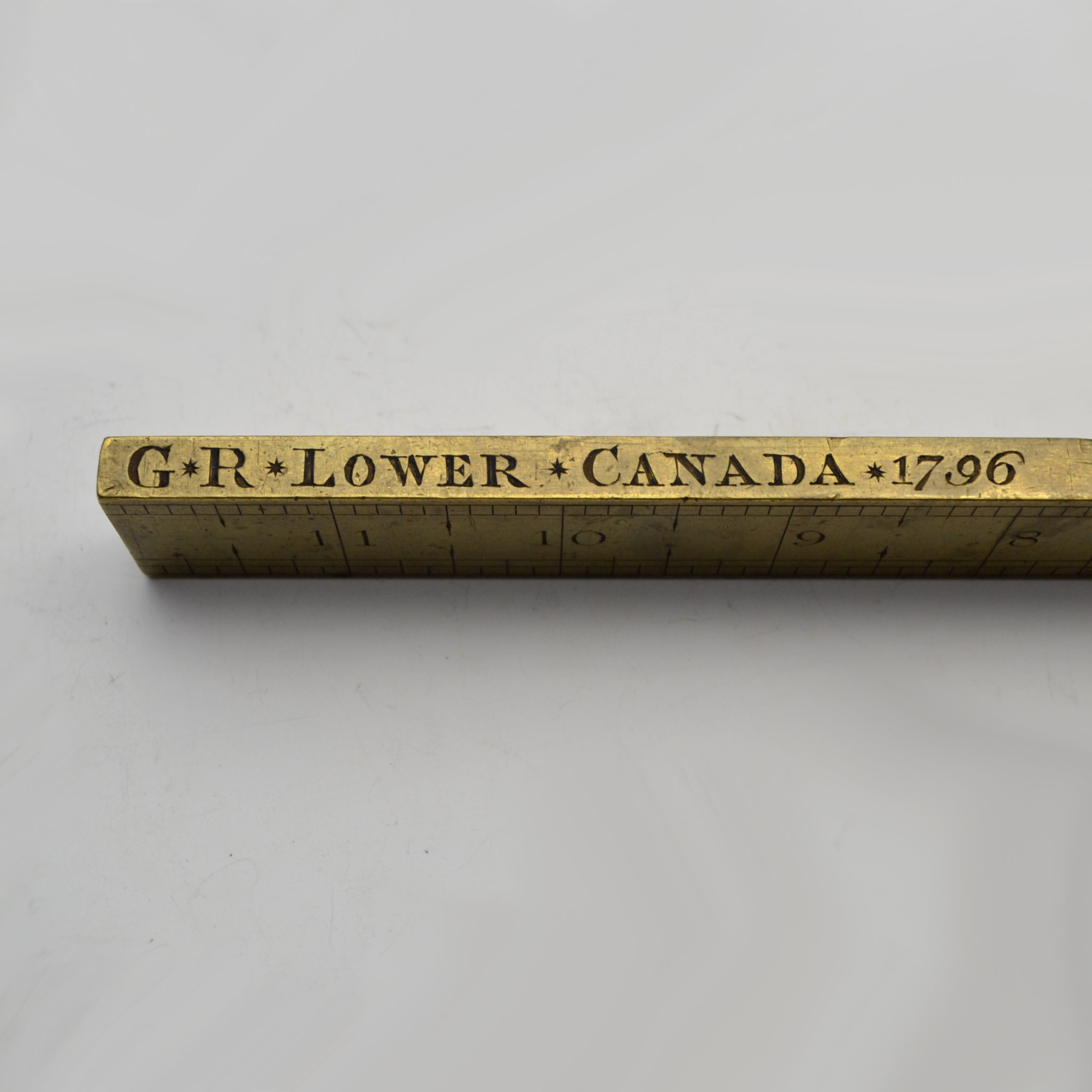 A rare and important 18th century standard English foot measure created for early Canadian trade and engraved “G.R. Lower Canada 1796.” This important object was likely part of a set of standard measures acquired by the provincial government of Lower Canada based on resolutions brought before the House of the Assembly on May 4th, 1795.

Founded in 1791, the Province of Lower Canada was a British colony on the lower Saint Lawrence River that covered the southern portion of the current Province of Quebec and the Labrador region.

Historian Eric Little explains in his 2018 publication Weights and Measures in Pre-Confederacy Canada:

“In 1787, a group of Quebec merchants…argued that the measurement system was greatly abused and needed to be changed.  It was suggested that much fraud abounded due to the lack of government regulations, “scarce two weights or two measures are found exactly alike”.  “The proper officer should procure and keep stamped weights and measures for a Standard”

An entry in the Journal of the House of Assembly of Lower Canada for 28th January, 1797, stated that “the clerk had received during the previous summer, two complete setts of standard weights and measures from England, with invoices and certificates relative thereto, as also a part of a third sett lately from Montreal; imported by the Honourable Speaker of the last Assembly, pursuant to the orders and resolutions of the house passed on the 4th day of May 1795, and that the said standard weights and measures are deposited in one of the Committee Rooms of this House until further orders.”….

It was decided on the May 1st, 1797 House of Assembly session, that a fourth set of weights and measures should be obtained from London and kept at the legislature as a reference set. This set should be “stampt or sealed at His Majesty’s Exchequer, and to be marked “G.R. Lower Canada, 1795”.  The order included complete sets of Avoirdupois and Troy weights, sets of Wine and Winchester measures, plus a set of “Canada measures”, an English foot, a Paris foot (12.8 English inches) and an English yard. This fourth set was to be kept by the Clerk of the Legislative Assembly.

Examples from the set are presently in the Measurement Canada office in Ottawa. They are marked, almost as directed above, but the year is “1796”. The maker must have decided that since they were made in 1797, a later date than 1795 was more appropriate.”

Made in very heavy 8mm thick brass, this rule is finely engraved and in original condition with intact patina. 30.5 cm in length.

For more information see pages 17-25 of Weights and Measures in Pre-Confederacy Canada: