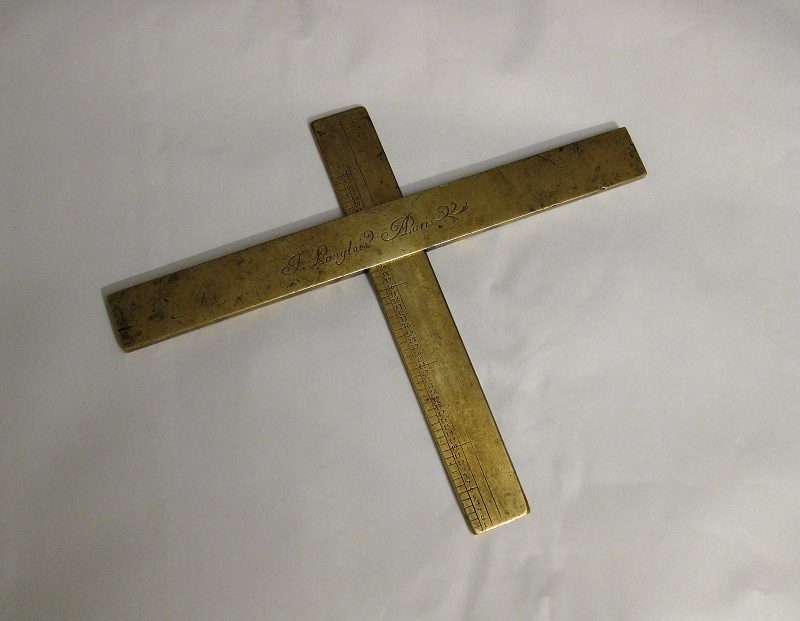 The vertical brass bar carries a scale divided into inches and lines ; the horizontal brass bar is equipped with a fine sliding friction-tight along the bar.

The arms of the horizontal were placed on the edges of an opening. The sliding bar would be lowered inside the cavity until it touched bottom.

The depth would then be measured with precision.

The present depth or maybe marking gauge is divided in 54 lines, so 4 1/2 French inches, measuring 122mm.

Despite some usual mark of uses, fine and genuine condition.

We can not the superb and large signature of the rare Jacques Langlois.

A rare, early and simple measuring instrument for physics, chemistry or tooling.

For a close example but late and with the addition of a precision vernier, see the “Duc de Chaulnes” depth gauge in the Galileo Museum :