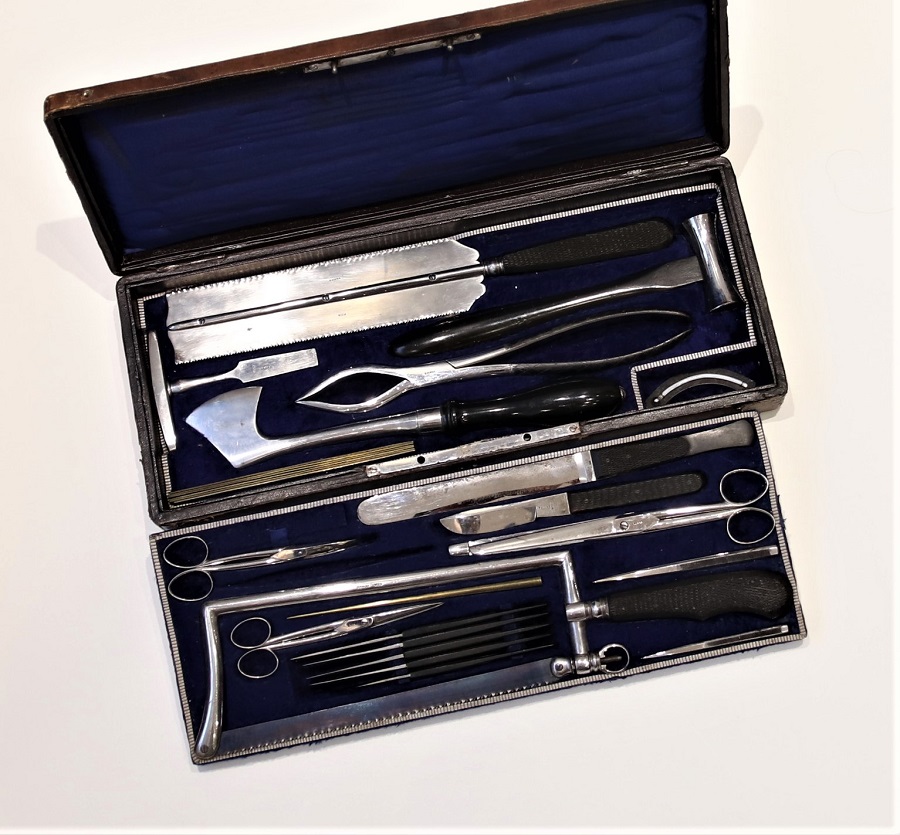 An amputation and dissection post-mortem set by Reiner in Vienne, c. 1850

An early amputation and dissection surgical set for the autopsy or post-mortem surgery bearing the unusual signature of “Reiner Wien”.

We can attribute this set to Friedrich Reiner who worked during the first half and the middle of the 19th century in Vienna. His son was Carl Reiner, whose company still manufactures medical instruments today.

This post mortem set is particularly well preserved and the models before the years 1880-1890 are rare.

The lower tray contains : a large hammer with an handle in horn, a large and powerful forceps, a saw with two long blades for neurosurgery built from the shorter model of Hey, a powerful curved knife in the shape of an axe, and a chisel or large rugine.

An unusual set with rare instruments that are rarely found in autopsy or post-mortem surgery boxes.