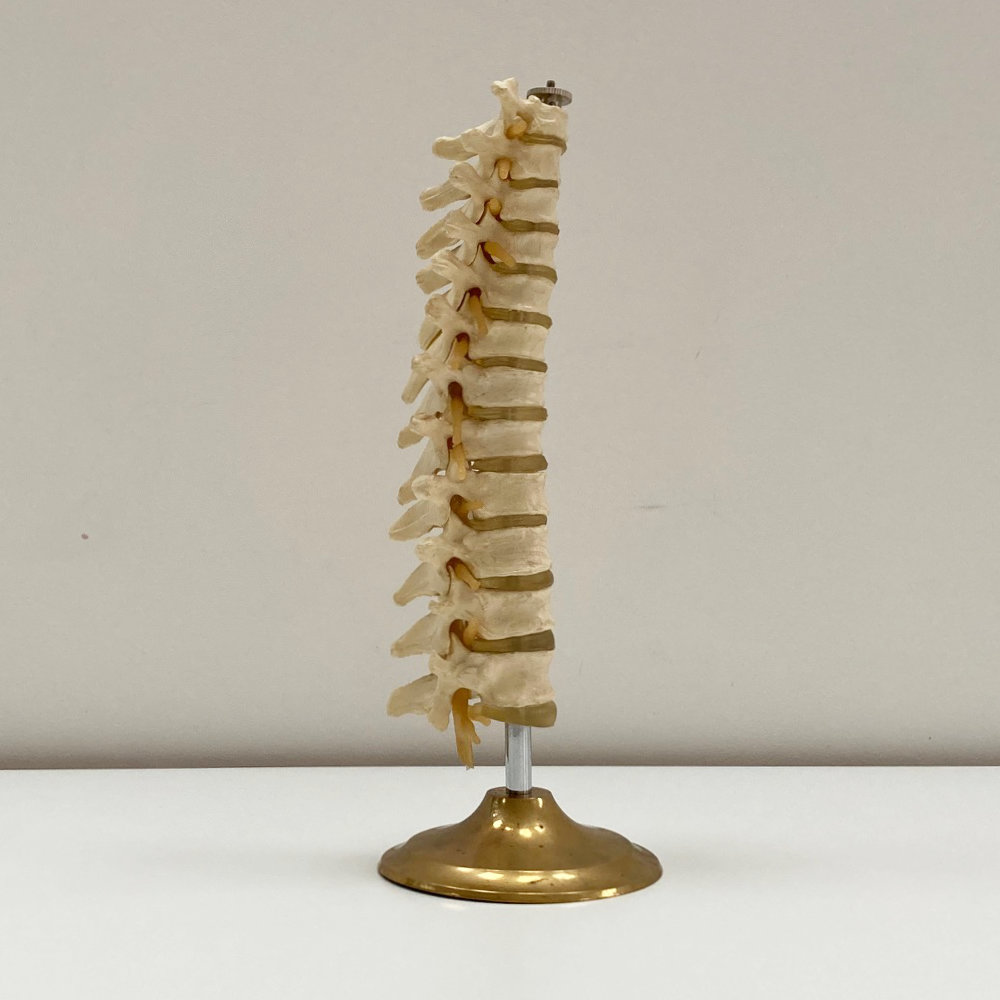 Anatomical Model of the Thoracic Vertebrae of the Human Spine

Anatomical Model of the Thoracic Vertebrae of the Human Spine

For sale, a mid Twentieth Century plastic anatomical model of the thoracic vertebrae of the human spine.

An interesting table top model showing the twelve thoracic vertebrae which make up the central section of the human spine including the thoracic spinal nerve emanating out at each intersection.

Comprised of a brass circular base with a steel stem bolted to the underside which carries the model. The vertebrae are each comprised of moulded plastic with the thoracic spinal nerve reproduced in rubber.

There is no maker’s mark present on this model but it is likely that the model was produced by The Educational & Scientific Plastics Company who dominated the market in the Mid Twentieth Century.

Prior to World War II, the only anatomical models were provided through the supply of real human skeletons. Those used were largely sourced from the Middle East and given the complexities and ethics involved in that process, The Educational and Scientific Plastics Company quickly became a leading provider of various anatomical models for teaching establishments during the latter half of the Century. Their catalogue also states that they were early providers of the “Breath of Life” resuscitation training models following the adoption of that technique in the early Sixties.

The company was formed in 1949 and seems to have flourished for next twenty years. I suspect the rise of cheaper and more varied competition was the main reason for their failure and it closed during the mid-Eighties. The company were based in Surrey.