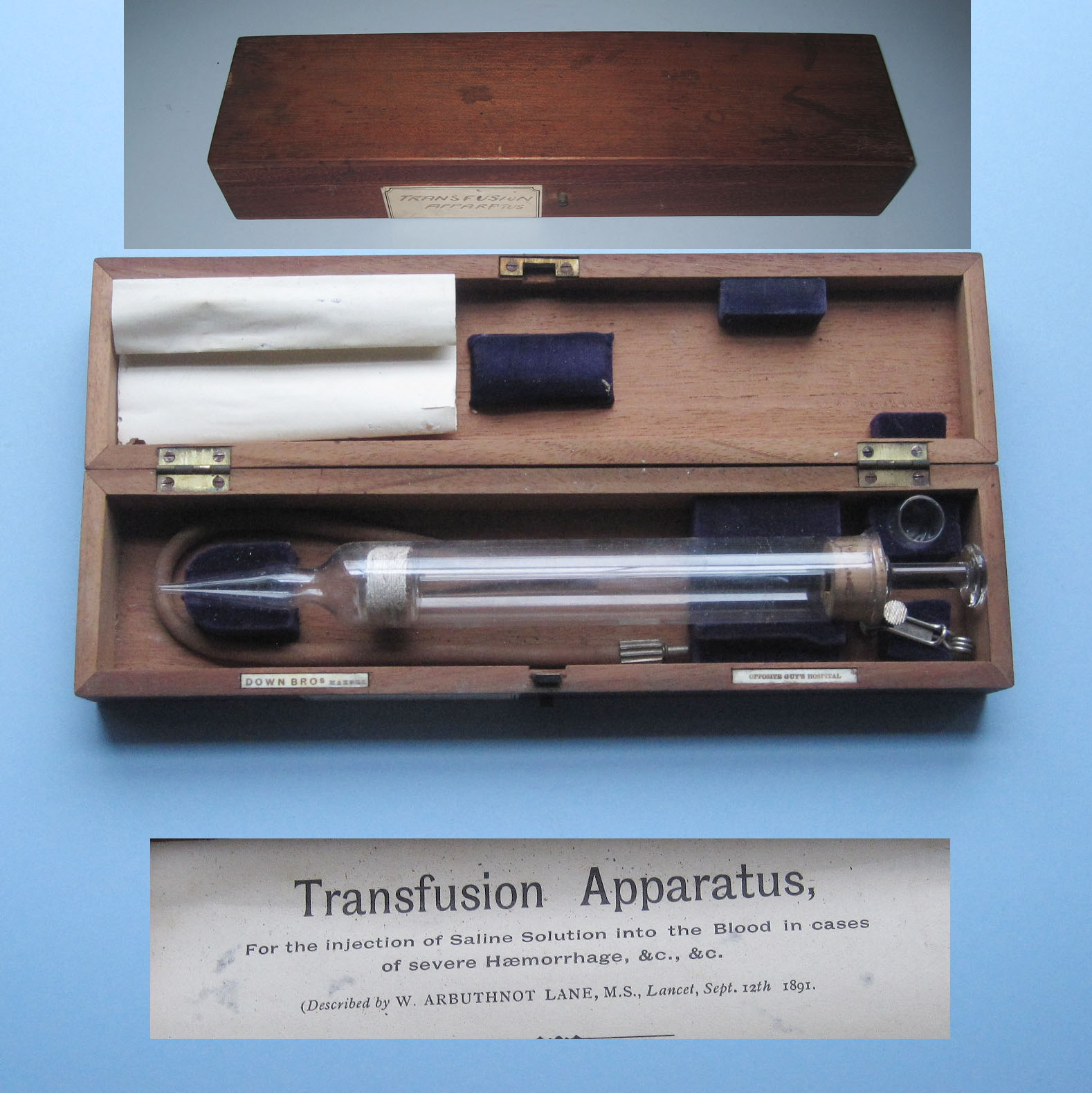 “Sir William Arbuthnot Lane, Bt, CB, FRCS, Legion of Honour (4 July 1856 – 16 January 1943), was a British surgeon and physician. He mastered orthopaedic, abdominal, and ear, nose and throat surgery, while designing new surgical instruments toward maximal asepsis. He thus introduced the “no-touch technique”, and some of his designed instruments remain in use .”(Wiki). He introduced his transfusion apparatus in a note published in The Lancet in September 1891 –see first link that follows and scroll down. It was a large syringe (30cm) , with attachments meant for the injection of saline solution in cases of severe hemorrhaging. The 1906 Down Bros. catalog illustrates an example virtually identical to the one we are offering–see second link. A later and less complete example is in the Wellcome Collection–see third link.

Before the Landsteiner’s discovery of the ABO  blood types in 1901 ( he received the Nobel Prize for this in 1930) blood transfusion was somewhat of a crap shoot and physicians sought out various substitutes for human blood. In the waning years of the 19th century cow and goat’s milk saw a brief period of popularity. It proved problematic and saline was introduced as a more benign substitute.

While Braun  WW2-era direct-person-to-person transfusion kits do turn up,  there is not an abundance of early transfusion apparatus in the medical-antiques market. As is the case with the example in the Wellcome Collection, ours lacks the needle but it is o/w in very good condition noting that the tubing is not supple.