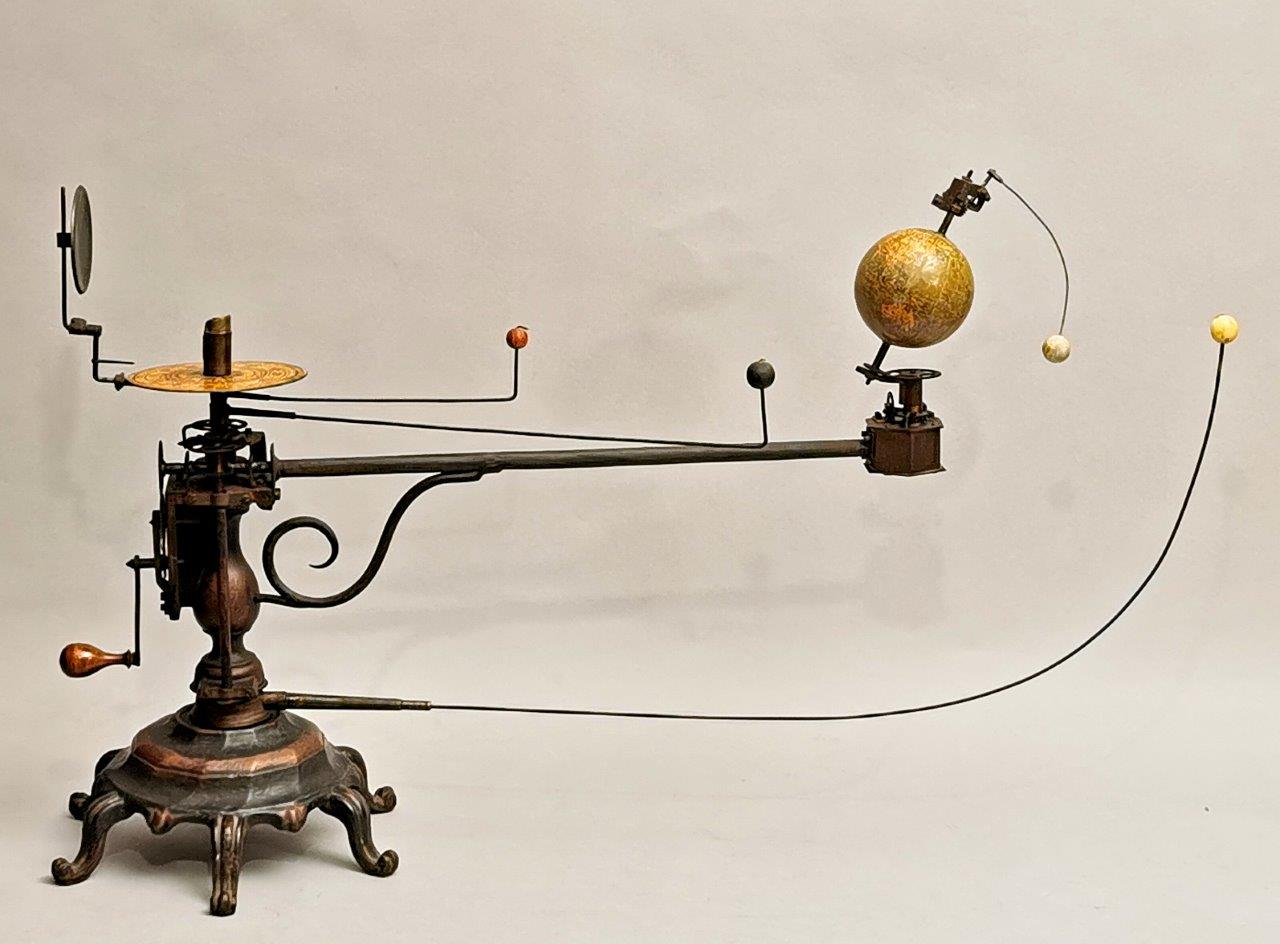 By Felkl  for Italian market

This Planetarium (Orrery) even if not signed was made by the 19th century European globes maker “Jan Felkl” it was made for Italian market ,it could be made around c.1890

Felkl was one of the major makers of this instruments and globes .

He made its globes in 17 different languages and sold them all over the world.

Here  an  astronomical demonstration device, to show  the earth and planets revolve around the sun, and  to demonstrate various principles of astronomy such as seasons and eclipses.

Having a 9cm  terrestrial globe turning at the end of a cast-iron arm, with a small ball representation of the moon revolving around the earth and three arms with balls representing Mars, Mercury and Venus.

A candle to represent the sun light, above a round disc with engraved paper calendar and zodiac.

All on a  cast  bronzed iron base with six legs , with a gear mechanism operated by a crank.

In good and working condition.

Feel free to ask for further photos or information