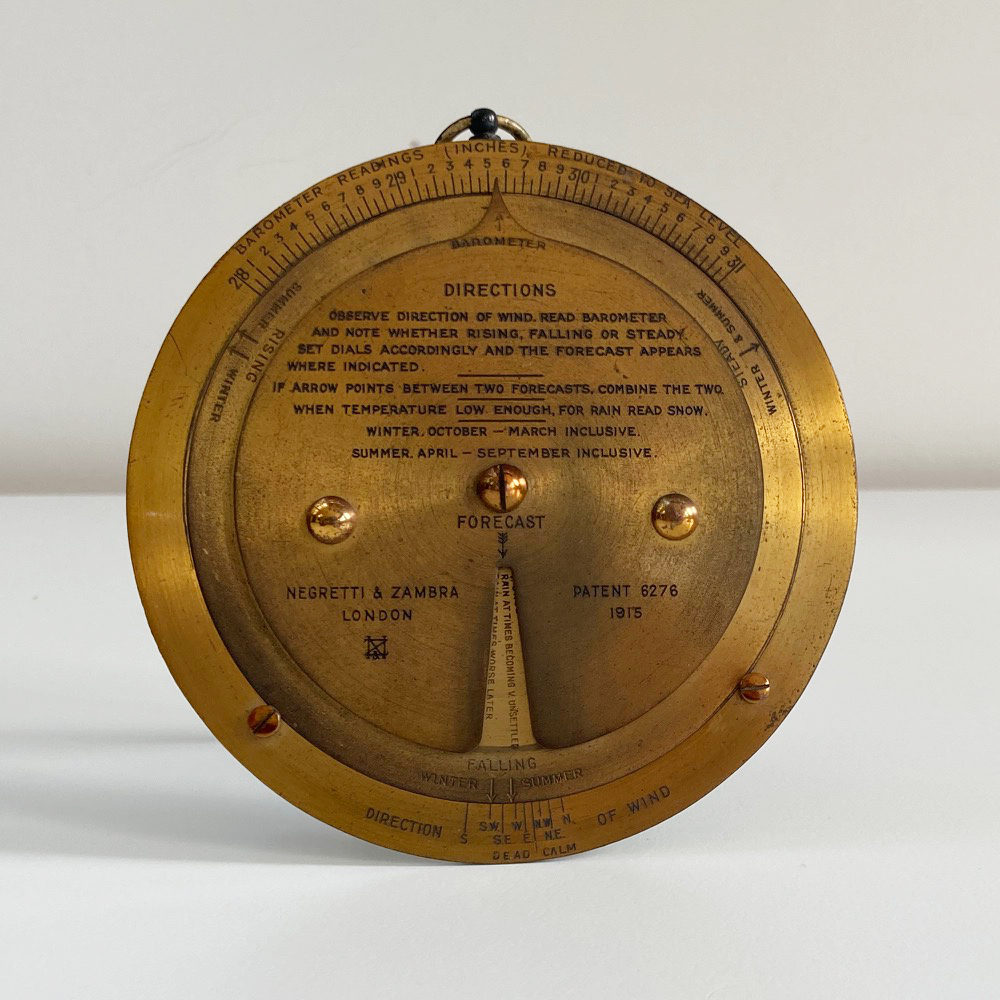 Comprised of three concentric engraved brass rings with instructions for use on the central plate, the weather forecaster provided for the first time an easy means for accurately predicting the weather. The direction of the wind is first set on the outer ring, noting whether it is rising falling or steady and then the central pointer is used to mark the current barometer reading. The setting of these two positions will then reveal a weather reading in the cut-out section on the central plate.

Negretti & Zambra’s patent weather forecaster was a revelation in its time, the helpful yet somewhat confusing set of barometer weather indications produced by Admiral Fitzroy some years earlier had helped to domesticate the barometer into the family home but unless some knowledge and regular discipline in reading the instrument was exerted, the barometer was only ever a current reading of barometric pressure.

With this simple yet highly effective tool, the weather could be forecast with a good deal of accuracy in seconds and was highly sought after, given the number of pocket weather forecasters that remain on the market. These brass desk versions were altogether grander and more accurate versions of the pocket version and for those interested in meteorology, remain just as useful as they did one hundred and three years ago.