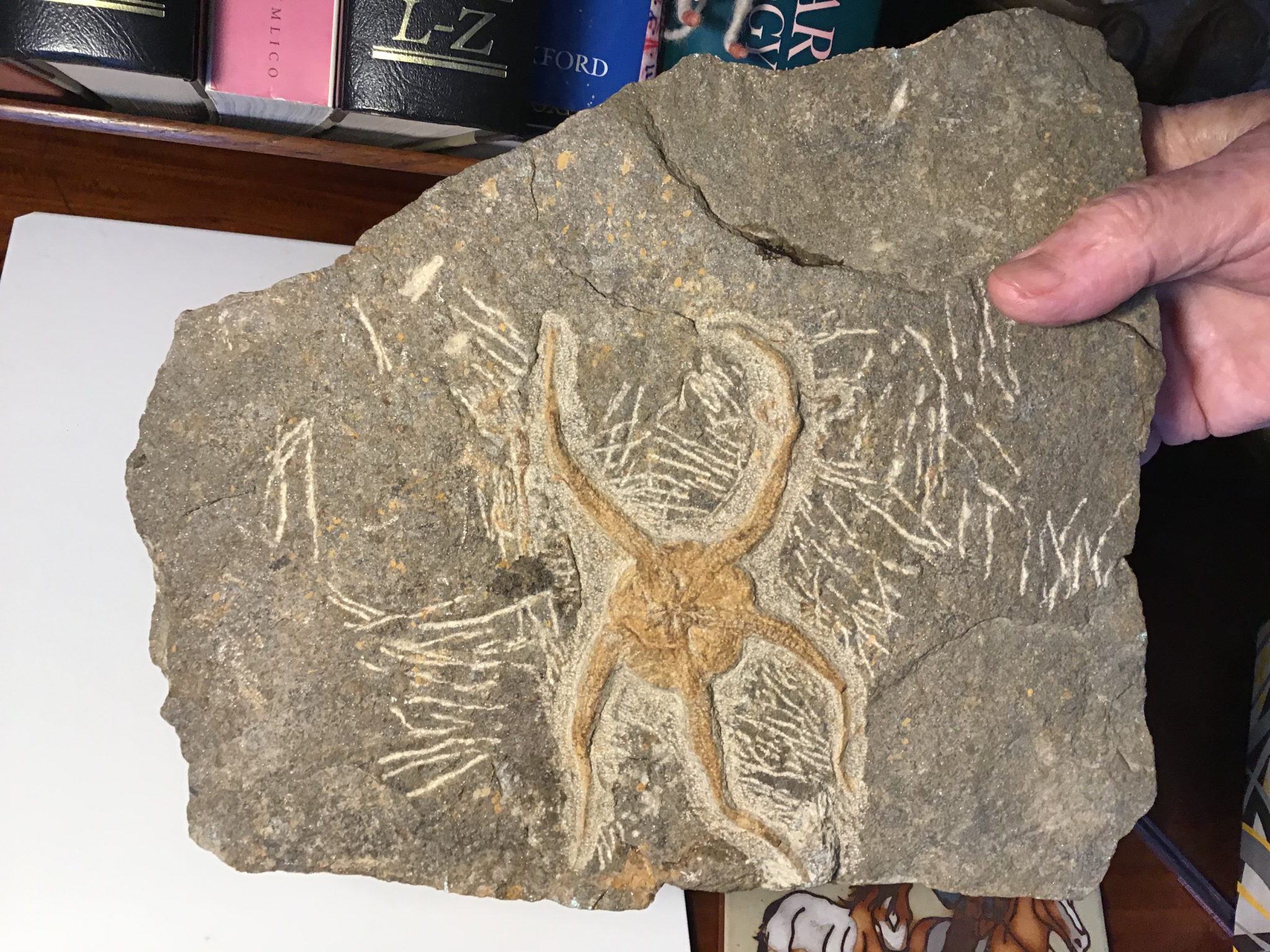 The STENASTER starfish is commonly known as a “Brittle” starfish.  It dwells in the sea and has been found as near as Scotland. This animal’s fossilisation was probably caused by a storm which buried it in deep sand. Many forms of ancient starfish are very similar to modern ones, especially the Brittle.  In contrast to many starfish, their tentacles are long and thin. They mostly live in coastal waters.

The picture shows a lovely specimen from the Ordovician period, 450 million years old.  It was found in the Katsura Formation which is in the Kemkem Basin in Morocco.

Should you be interested, this is a very good specimen which has been looked after and has nice details. On a personal note, I can remember finding one on a beach in Wales when I was very young.