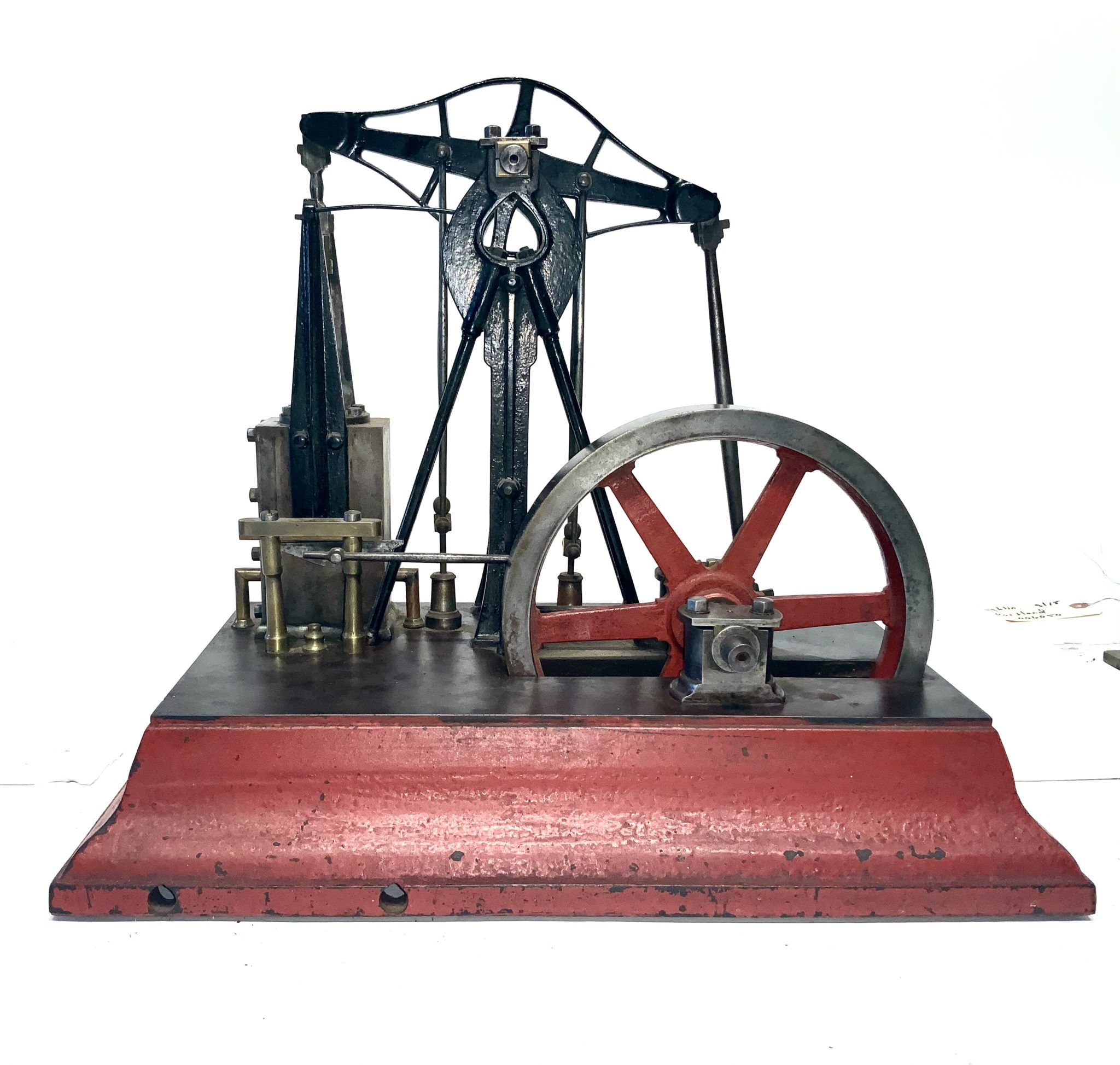 Iron and brass construction, sitting on an ornate cast iron base. This model, apparently made in the 19th century, depicts a very early beam engine produced by the Corliss Steam Engine Co. in Providence, Rhode Island, circa 1849-1853, in the early years of the company when George H. Corliss was introducing his most innovative steam inventions. Its features resemble closely in many respects the Corliss engine "Enterprise" exhibited at the 1853-1854 Crystal Palace International Exhibition in New York City, and the Corliss engine built to power the Corliss factory in Providence, circa 1849.