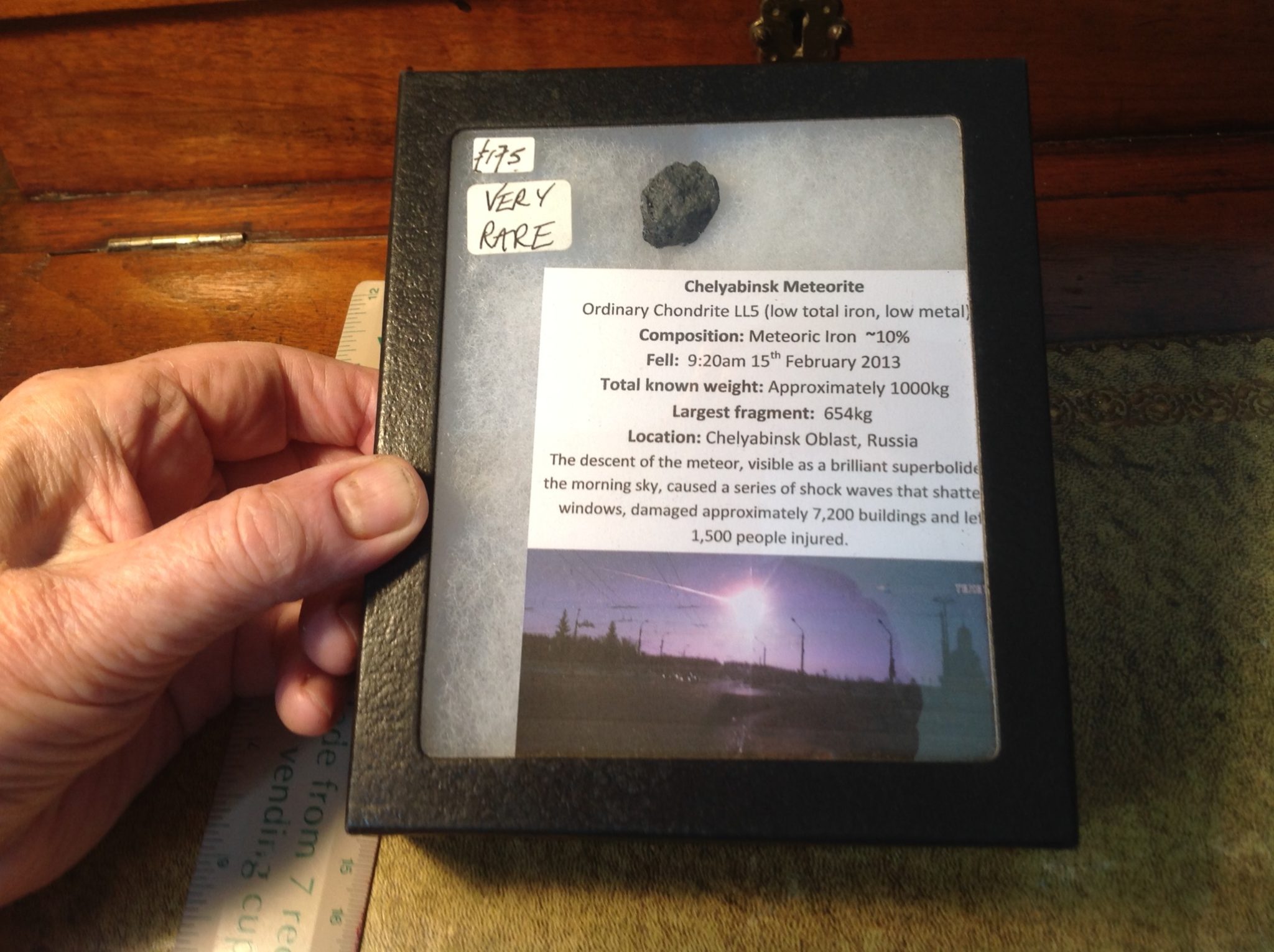 This is a piece of the Chelyabinsk meteor.

It was brilliant to watch the end journey of this meteorite on television.  I sat glued to the screen.  Now even more information is available.

It all happened in 2013 over Russia. Soon the meteorite trail became quite brilliant and then, hitting the atmosphere, which to it, was like hitting a brick wall, it exploded scattering fragments.  This is one of those fragments. It was undetected and the shock wave broke hundreds of windows. We are told that window-fitters were kept busy for months fitting new glass.  The hospitals were inundated by people suffering cuts from the explosion that scattered glass in about six cities. Many of the fragments were lost in a large lake or just scattered over huge distances. But, this one was gathered up.

The size (estimated) was around 12,000 tonnes.  The meteorite  is a “must have” for both collectors and those interested in something rare.