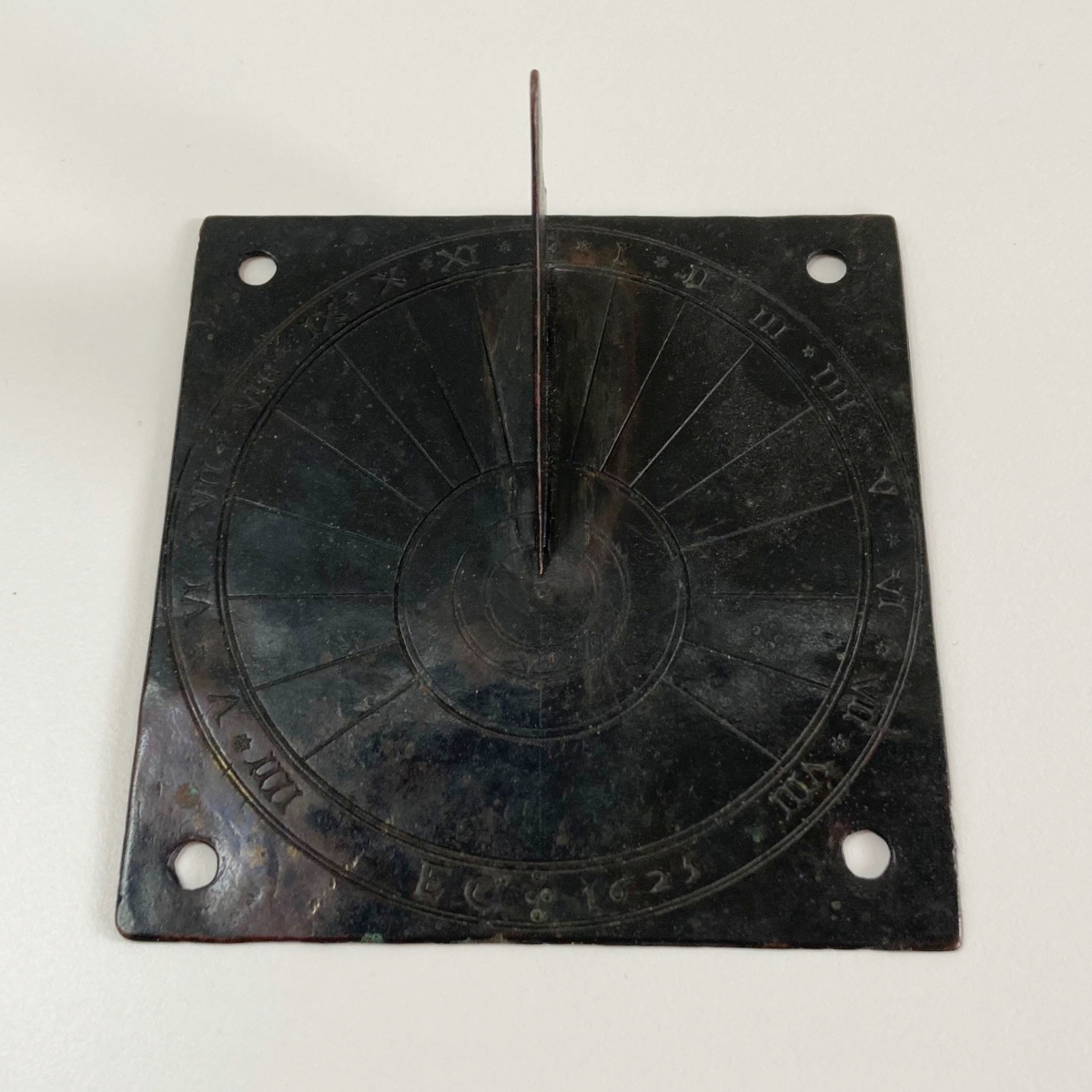 Comprised of a thin brass scale plate measuring four and a half inches square with securing holes at each corner, the central plate is engraved with a roman numeral scale around the outer circumference with hour division lines terminating to decreasing circles motifs to the centre.

The South point of the scale is also engraved with the initials EC and the date 1625 with the North point behind the gnomon provided with a cross pattee, a Christian cross motif more recently associated with the German iron cross but used in abundance since medieval times.

The centre is provided with its original, thin brass gnomon with fringed back edge which is secured through the centre of the dial.

Featured in the June 2020 edition of The Sundial Society’s monthly publication, the EC mark might immediately lead one to consider the name of Edmund Culpeper as the manufacturer for this rare and early example, but his working dates are clearly misaligned. It has yet to be established exactly who these initials relate to, but there are other extant examples which are similarly signed.

Nevertheless, this remains a very clean example of a sundial dating to the year of King Charles I’s succession to the English throne. To give historical context, this dial was created prior to such historical events as the English Civil War, the Great Plague, the Great Fire of London and during the Thirty Years War which raged over Europe from 1618 to 1648.

An enormously rare survivor with great patina and near prefect definition remaining to the engraving.