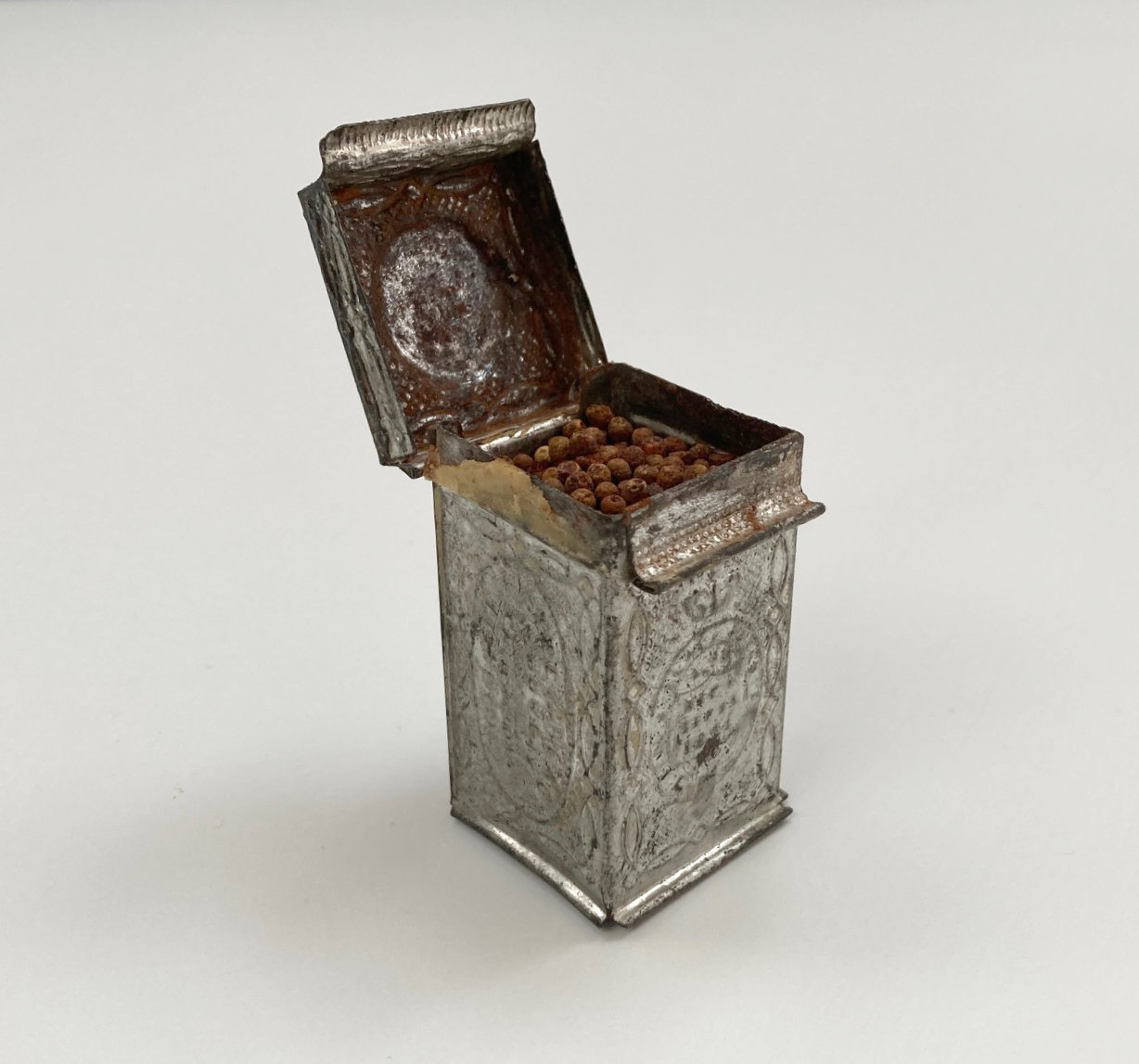 For sale, an early Victorian box of Congreve matches by Bell & Black of Cheapside London.

An extremely rare and complete early example of a friction match tin containing all of its original contents. The case is comprised of a pressed tin body with hinged lid and strikers to the base and to the front of lid.

The decoration on the case states the maker’s name, Bell & Black, 15 Bow Lane, Cheapside, London” to either side with the back describing the contents as, “New patent gas camphorated Congreve lights without sulphur”. They are considered to have patented both the metal matchbox and the new processes for match manufacture. Sulphur was a common ingredient for matches up until this point and had the obvious downside of emitting a foul smell. This improvement was one that the company were explcict about in their entry description for The Great Exhbition of 1851.

Imitation vestas and congreves, without any combustible material

Machine with knife inserted for cutting matches in half

Camphorated round wood congreves, which burn with an agreeable odour.”

The Royal Coat of Arms symbol to the front of the case would suggest that Bell & Black prospered from their appearance at the exhibition and although the pressed writing is indistinct, it does have the date of 1851 at the base suggesting that they garnered Royal approval for their products at that event.

The friction match was originally invented by the English chemist John Walker from Stockton on Tees. The discovery was made through chance and was never patented but was produced initially by Richard Bell & Co and by the scientific instrument maker, Samuel Jones of W&S Jones fame who named his product “Lucifers”. Walker however preferred the name Congreve in reference to Sir William Congreve, inventor of the rocket which first saw service with the British Military during the Napoleonic Wars.

Although slightly unclear, the company of Richard Bell & Co is likely to have been the forerunner to Bell & Black which by the 1850’s were producing these matches in significant numbers and as stated above, were exhibitors at The Great Exhibition. They continued to be a significant manufacturer of matches until they were taken over by Bryant & May at the end of Nineteenth Century. The latter company is still in existence although its manufacture has since been relocated overseas.