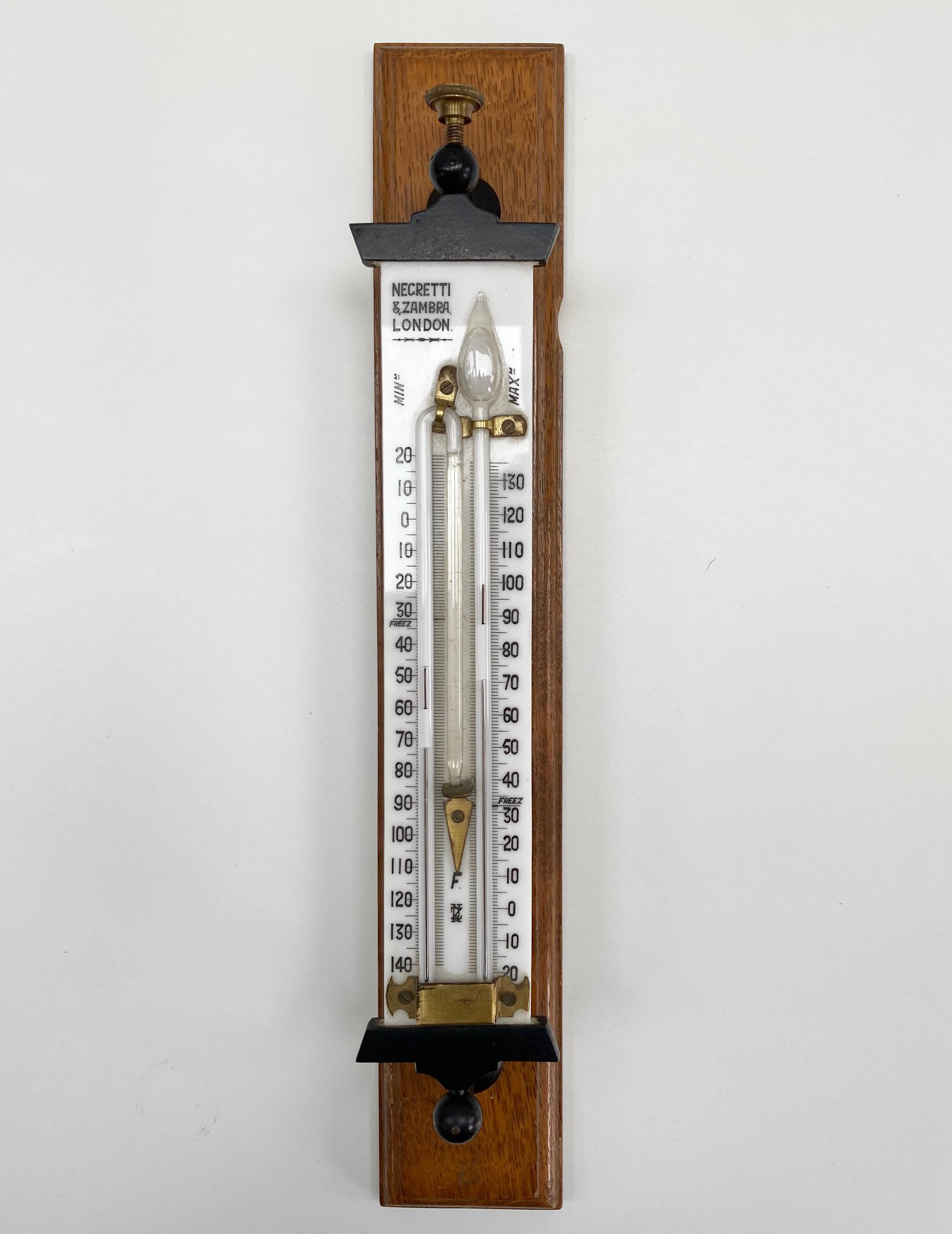 The thermometer is comprised of an oak base with two central holes for it to be fitted to the wall. Two black painted metal mounts are attached to the front of the backboard which serve to hold an opaline glass painted scale plate and allow it to be angled according to the owner’s requirements. The minimum theremometer reads from -20 to 140 Fahrenheit and the maximum from -20 to 130, both containing a small magnetic pin in order to record the highest or lowest point of the reading at any given point. These can be reset to level by the use of a weak magnet when required.

This scarce pattern was advertised by Negretti & Zambra from the 1870’s through to the early 1900s whereafter they cease to appear in their main catalogues. An 1890’s advertisement states, “The outside window bracket thermometer enables the observer to read the highest, lowest and present temperatures from inside the house”.

A great looking and interesting example of a max min thermometer and one that is seldom seen.