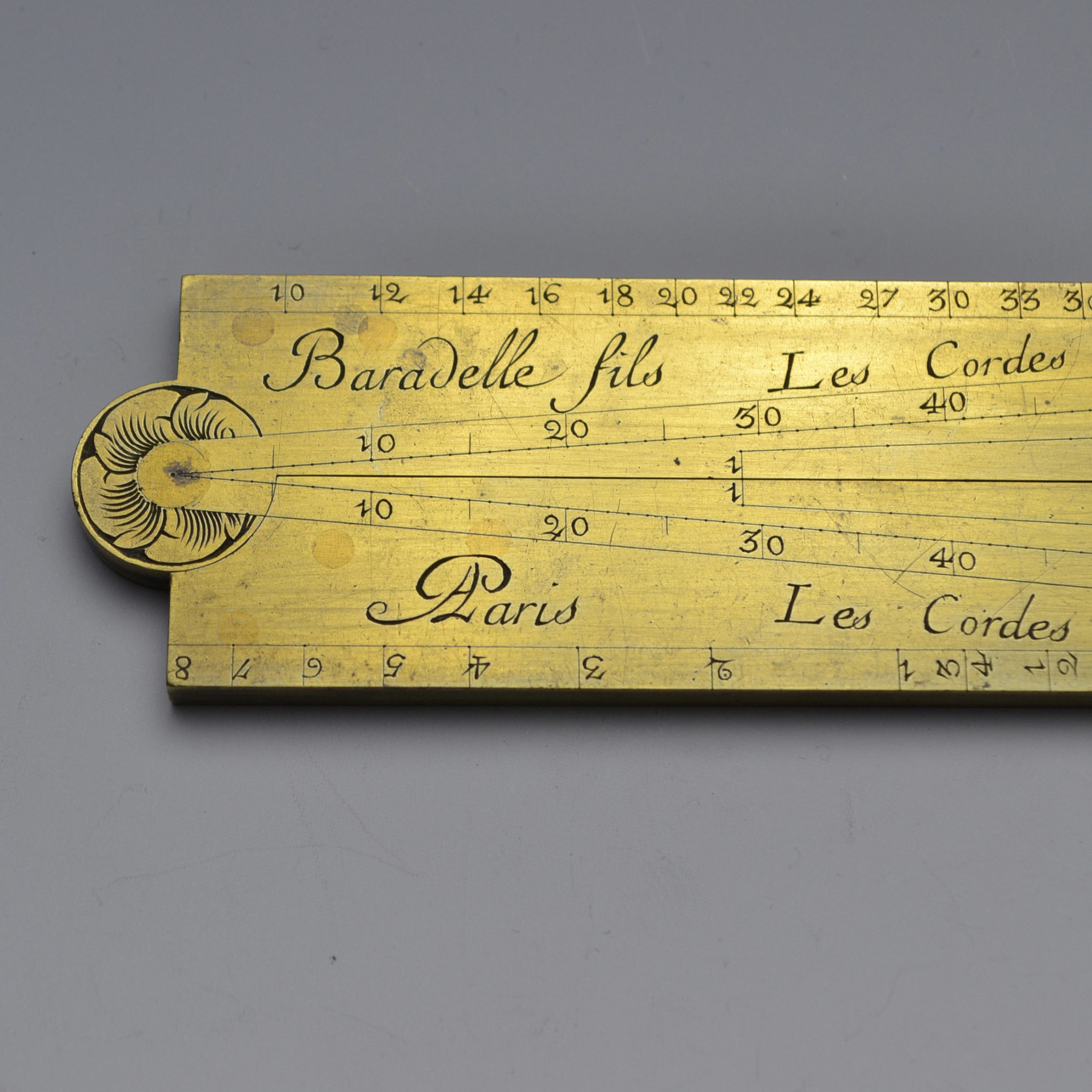 Nicholas Eloi Baradelle was the youngest member of the distinguished Baradelle instrument making family and signed his work “Baradelle Fils.” Nicolas-Jacques Baradelle (1701- c.1772) was active between 1720 and 1770 and was the senior member of the family of instrument makers who worked in Paris throughout the 18th century. His sons included the instrument makers Nicolas-Alexandre, Louis-Jaques, and Nicolas-Eloi. The eldest son, Nicolas-Alexandre, often signed his instruments “Baradelle l’ainé”. Nicolas Eloi was born in 1749 and became a master in 1771. He worked in the studio of his father before taking it over. Like his father, Nicolas Eloi continued to construct sun dials and globes but specialized in mathematical instruments. He worked for the instrument maker Rochon and in 1774 applied for Canivet’s position as engineer to the Academie des Sciences, eventually receiving the title “Ingénieur du Roi.”