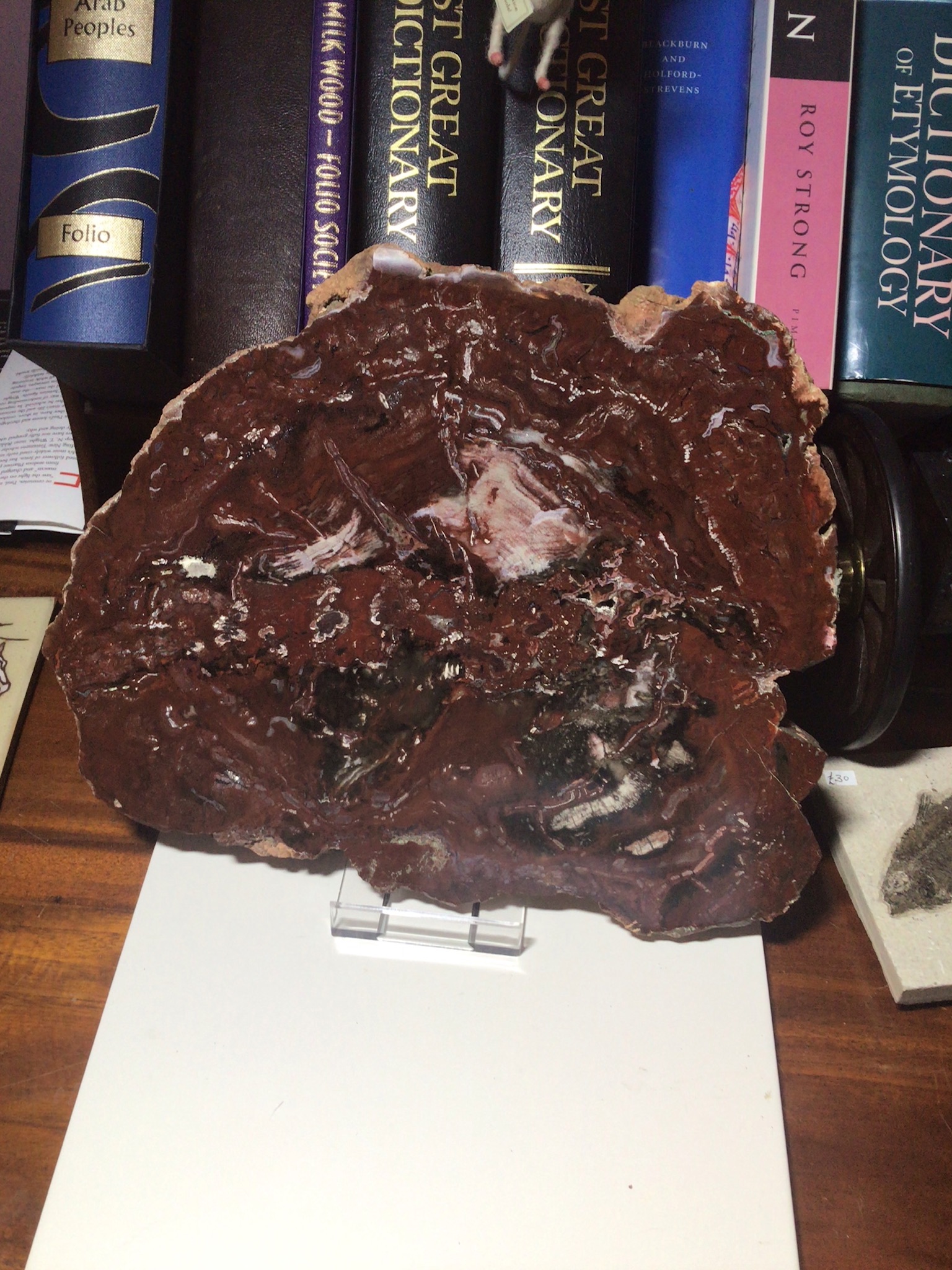 There is something quite extraordinary about touching/holding a piece of petrified wood.

Most people know of theArizona desert in the USA that occupies 146 aquare miles. This desert extends into the “Painted Desert” where there are some extraordinary wind-painted rocks.  (I have some lovely wind-painted rocks and will show them in the future)

Petrification (or the fossilisation) of wood into a stone-like piece started with huge green forests in the Triassic period, 200-250 million years ago.  Think!  Dinosaurs walked through these same forests! These trees eventually fell.  Most of them rotted away and became part of the earth.  However, some fell into great flood plains and were buried in the sediments that filled those plains like a bowl of thick soup.  In that sediment there would be a vast amount of volcanic ash whose silica was dissolved by the water and now filled the empty cells of the trunk and branches.  There was also lots of iron in the water which gave the petrified wood it’s beautiful colours.  Eventually, this was covered over for millions of years.

Many, many millions of years later it was lifted up by earthquakes or erosion.   This is a beautiful section of branch.  It is quite heavy and comes with a small stand.

It is a piece of a tree called Araucaria which is the modern Monkey Puzzle tree. (Only this had grown to its fill stature).   Comes from Madagascar.