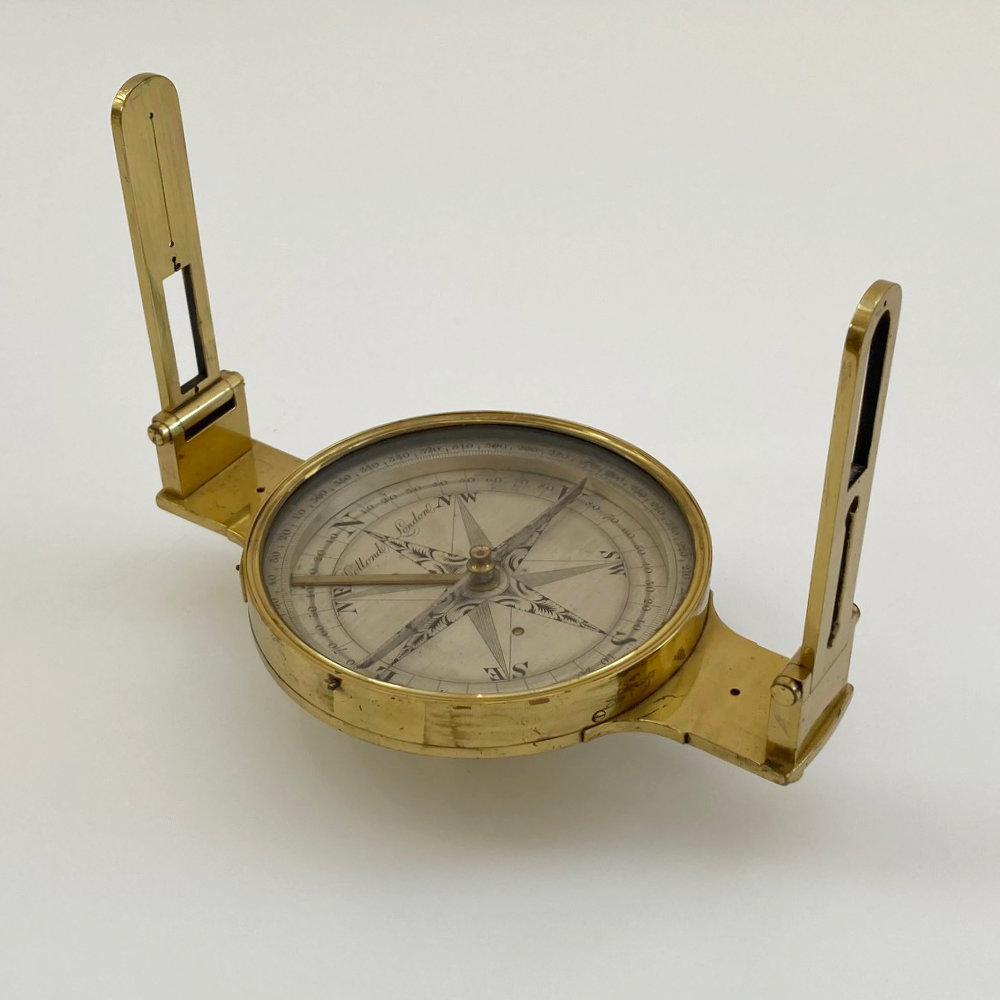 Georgian Miners Dial or Surveyors Dial by Dollond of London

Georgian Miners Dial or Surveyors Dial by Dollond of London

For sale an early Nineteenth Century Miners Dial or Surveyors Dial by Dollond of London.

Comprised of a large five inch compass with a two tiered engraved and silvered dial. The outer scale is graduated through three hundred and sixty degrees whilst the secondary lower tier is graduated in ninety degrees between each main compass point, it is also engraved with a superbly executed star motif to the centre of the dial. The steel pointer moves within the lower section allowing for more accurate reading of the outer dial and a brass locking bar is fitted to the central spindle to lift the mechanism whilst in transit and stop it moving freely when not in use.

A brass arm graduates out from the North and South points of the compass and both contain a hinged sight (or alidade) at each end to allow the user to line up an object for surveying. The underside of the instrument has a brass ferrule for attaching a staff or a tripod for steadying purposes.

When not in use, a lid is provided to protect the compass rose, the placement of which has the effect of locking the compass pointer. The alidade would then be folded down upon the lid to make it as compact as possible. It too has a scale provided in links and states above, “Diff of Hypo & Base”.

A very fine example of a miners dial by one of the most noted London scientific instrument making companies.