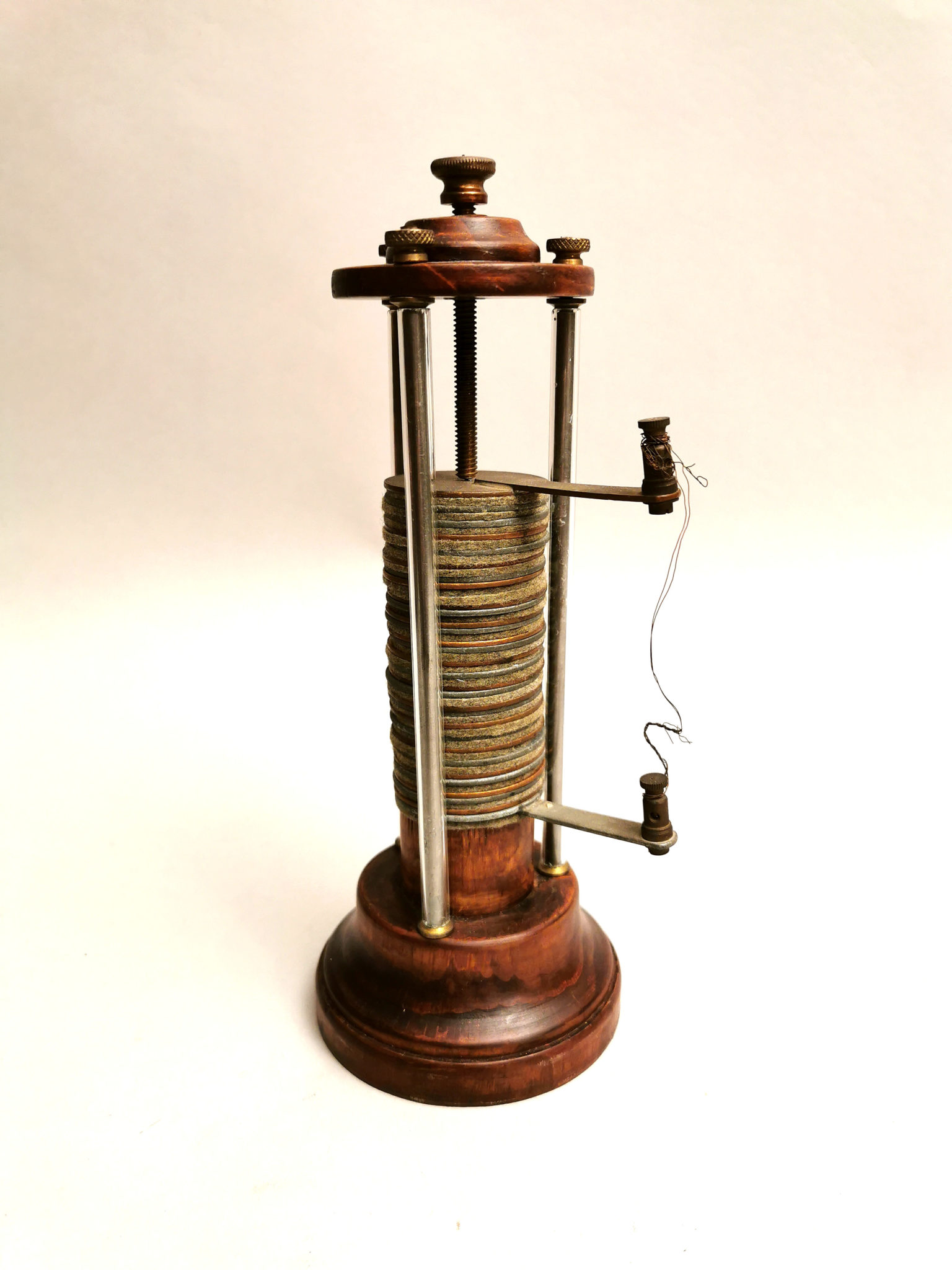 Here a quite rare italian  voltaic pile by school dimonstration

The voltaic pile was the first electrical battery that could continuously provide an electric current to a circuit. It was invented by Italian physicist Alessandro Volta, who published his experiments in 1799. The voltaic pile then enabled a rapid series of other discoveries including the electrical decomposition (electrolysis) of water into oxygen and hydrogen by William Nicholson and Anthony Carlisle (1800) and the discovery or isolation of the chemical elements sodium (1807), potassium (1807), calcium (1808), boron (1808), barium (1808), strontium (1808), and magnesium (1808) by Humphry Davy.[1][2]

The entire 19th-century electrical industry was powered by batteries related to Volta’s (e.g. the Daniell cell and Grove cell) until the advent of the dynamo (the electrical generator) in the 1870s.

Volta’s invention was built on Luigi Galvani’s 1780s discovery of how a circuit of two metals and a frog’s leg can cause the frog’s leg to respond. Volta demonstrated in 1794 that when two metals and brine-soaked cloth or cardboard are arranged in a circuit they produce an electric current. In 1800, Volta stacked several pairs of alternating copper (or silver) and zinc discs (electrodes) separated by cloth or cardboard soaked in brine (electrolyte) to increase the electrolyte conductivity.[3] When the top and bottom contacts were connected by a wire, an electric current flowed through the voltaic pile and the connecting wire.