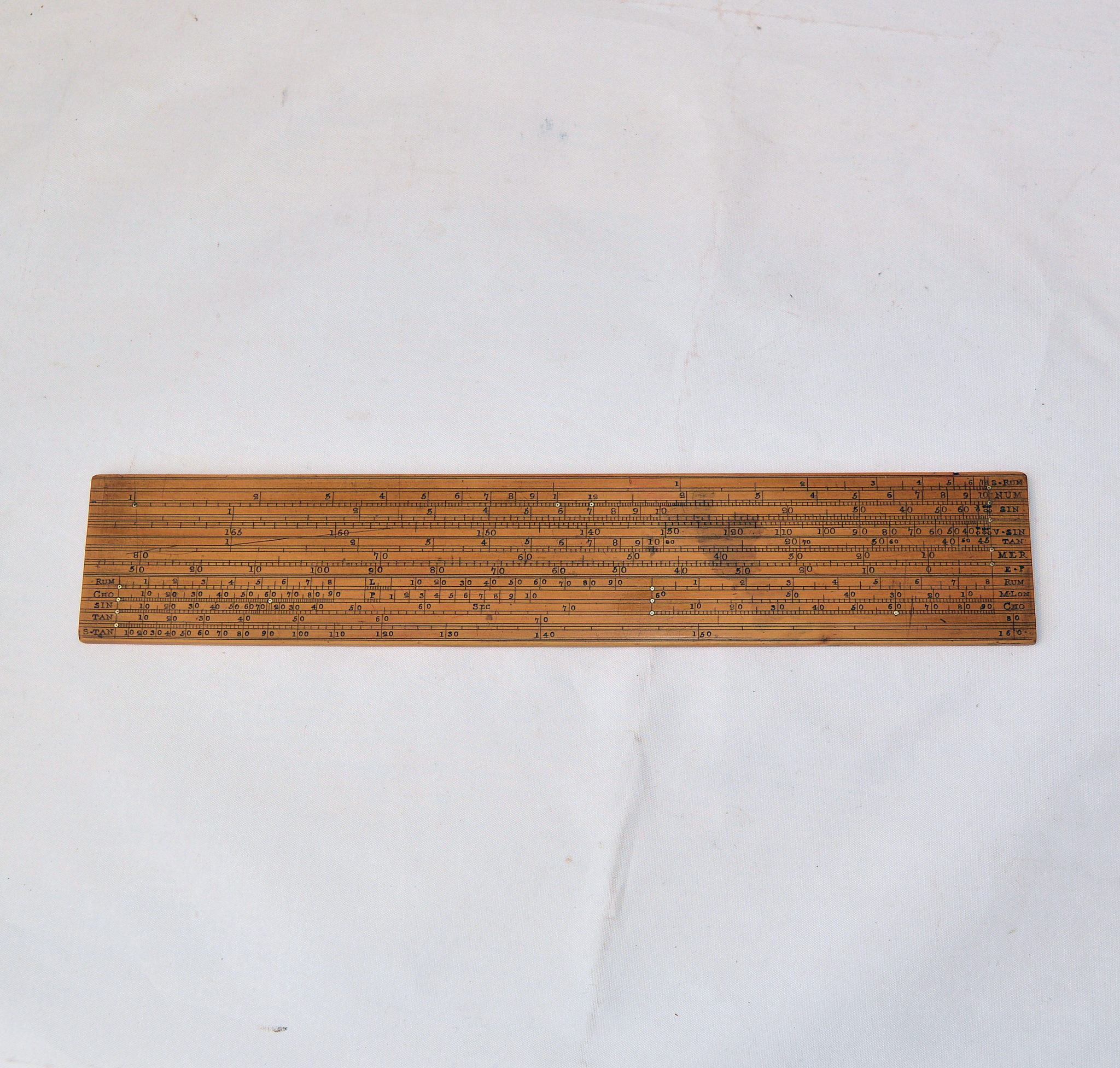 The Gunter’s scale has many scales, but the ‘revolutionary’ one is the one marked “NUM” (as for sale here), which has the numbers from one through to 100 laid out as a two-cycle logarithmic scale. Instead of looking up a logarithms in a table, adding them and looking up the result of the multiplication, all you had to do was use a pair of dividers to add the lengths representing the two multiplicands on the NUM scale; the result could be read right off the same scale.

There are scales for doing trigonometry, such as those marked SIN , TAN and SEC, and then there are more specialized scales for navigation at sea. For example, we see a scale marked M*L, which stands for “Miles of Longitude”, giving the length of one degree of longitude at a given latitude; or S*R, the Sine of Rhumbs, which is the log of the sine of an angle given in rhumbs — which are the standard compass points (N, NE, E, etc).

The more common Gunter was 2 feet long; the one pictured here, is a shorter version at one foot.  As was usual, it has brass plugs at commonly used points to prevent damage to the wood from the points of the dividers, and an interpolation scale on the back to allow measuring lengths with greater precision.

This example is in very nice condition and free of splits. There are a couple of light stains to the wood.