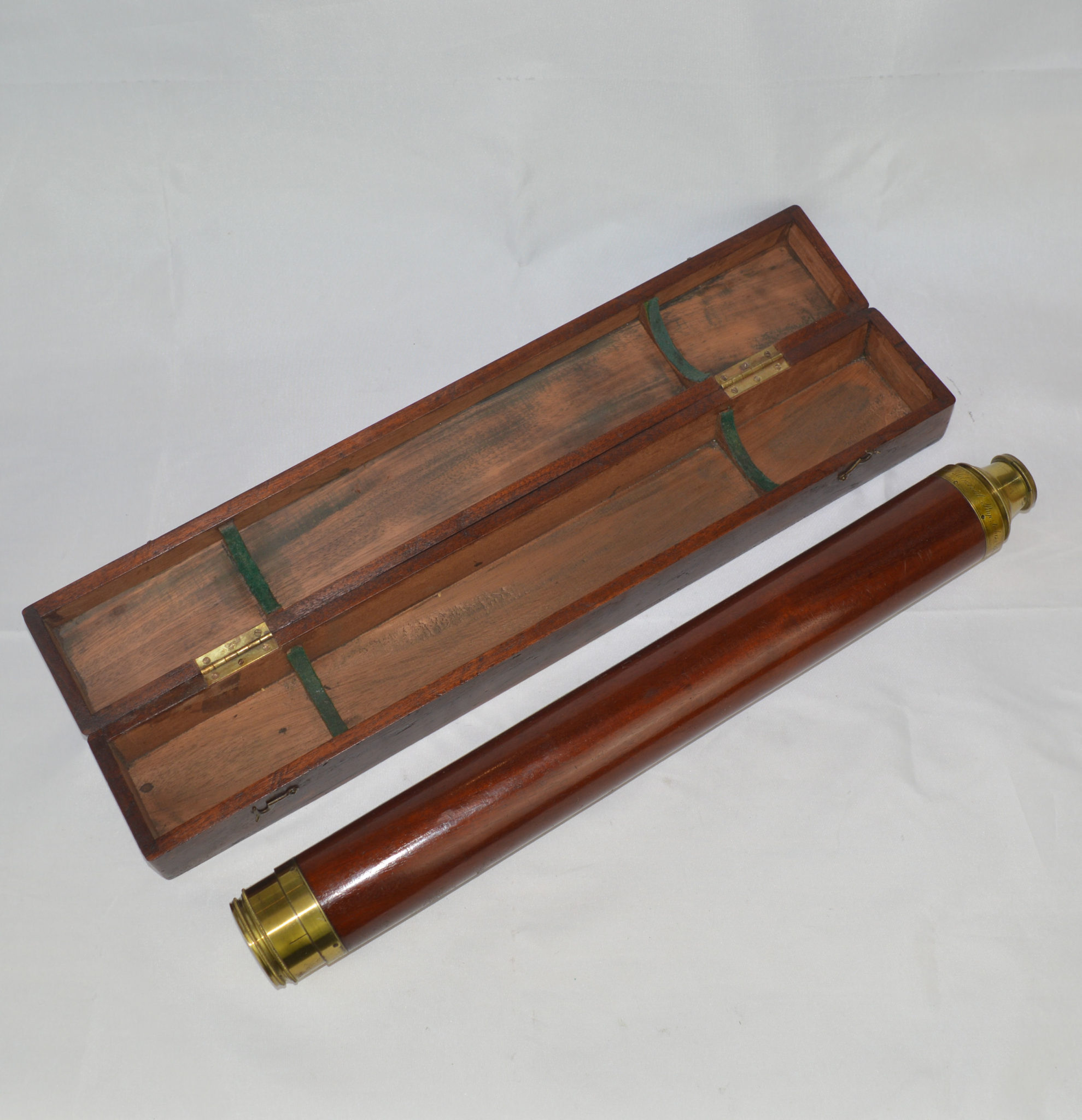 Signed around the back collar in script,

‘Vice Admiral Page, to his Nephew, the Reverend Robert L. Page’.
The telescope measures 52 cms long when closed and 90 cms fully open. There are dust sliders to both ends and the main lens has a diameter of 4 cms. The telescope is damage free: there are no cracks to the barrel, dents to the brass or chips to the lenses. It is damage free, retains original screws and most of the original lacquer and gives an excellent image when in use.
Admiral Benjamin William Page was born in Ipswich on 7 February 1765 and entered the Royal Navy in November 1778 under Sir Edward Hughes, with whom he sailed to the East Indies aboard HMS ‘Superb’. Page saw active service aboard a number of vessels in the East Indies before his promotion to Lieutenant on 20 November 1784. He spent the remainder of his career between England and the East Indies with a brief spell in the Mediterranean aboard HMS ‘Inflexible’ between 1800-1802. In 1800, Captain Page was appointed to the ‘Inflexible’, a 64 gun ship, in which he made two trips to the Mediterranean with troops, and was present at the debarkation of the army under Sir Ralph Abercromby, in Aboukir Bay. Previous to his return to England, in 1802, he was presented with the Turkish gold medal, for his services during the operations against the French in Egypt. Page was in command of HMS ‘Hobart’ in which he led a squadron to the Moluccas before being sent to Calcutta. He was promoted to Rear-Admiral (1819), Vice-Admiral (1830) and finally, Admiral on 23 August 1841. He retired to his home town of Ipswich where he died on 3 October 1845. His wife, Elizabeth, died in 1835. They had no children.