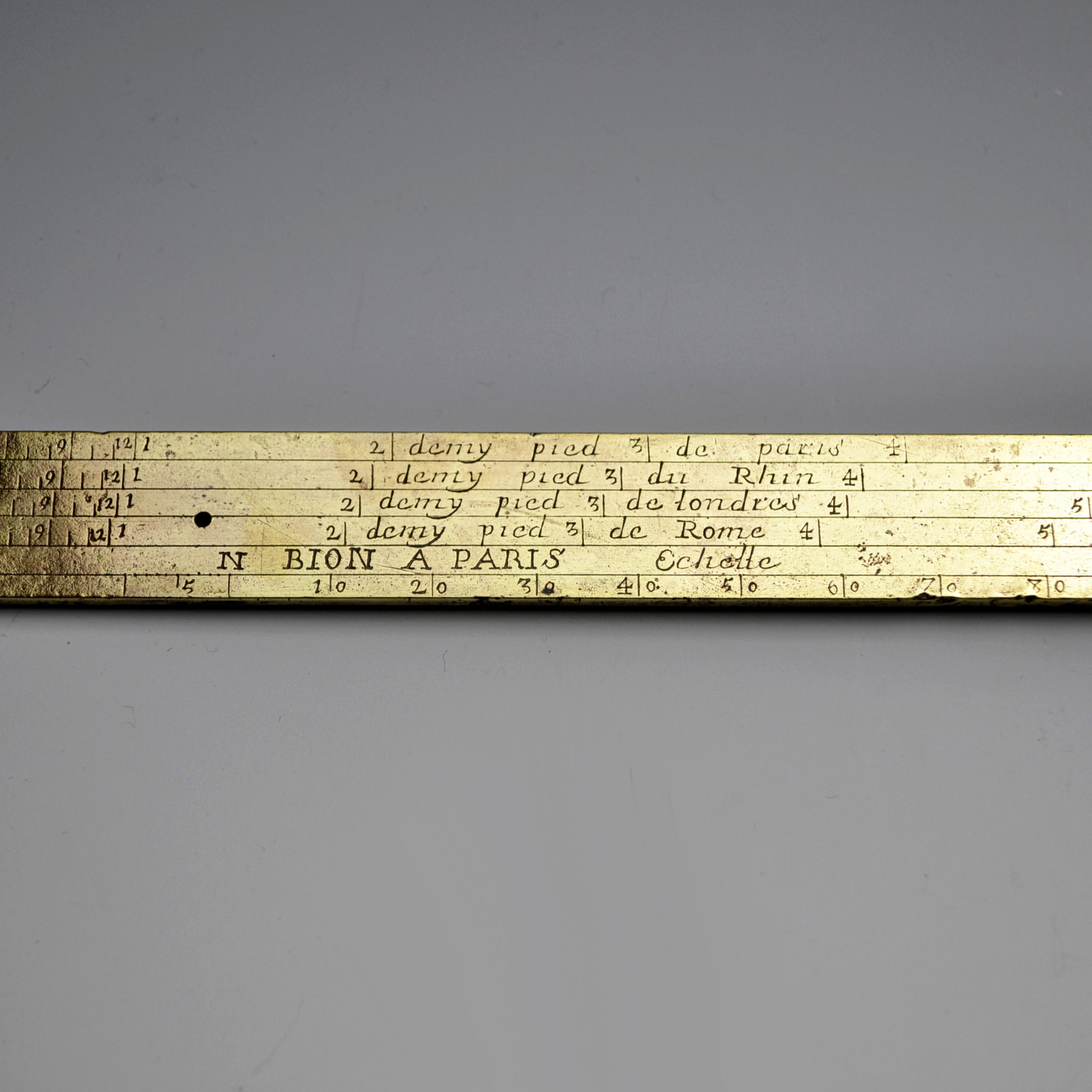 An extremely rare and important mathematical square by Nicholas Bion featuring four Pied de Roi or “King’s foot” scales for Paris, Rhin, London, and Rome. This is the realized version of a design for multiple foreign scales in his Traite de Construction book of 1709 (plate 9, page 94 – see drawings in the image gallery). The scales are an important record and comparison of standard foot measurements of four major European capitals at the end of the 17th century. Paraphrasing Bion’s description of the scales in French on page 90, section P:

Nicholas Bion (1652-1733) was perhaps the most well-known maker of scientific instruments at the turn of the 17th and 18th centuries. He was “Engineer to the King” and author of one of the most important books on scientific instruments of the time, Traite de la construction et principaux usages des instruments de mathematique (link below), first published in Paris in 1709. Bion worked in Paris at the Quai de l’Horloge under the signs Soleil d’or and au Quart de cercle. He supplied globes, mathematical instruments, sundials and mechanical devices made to a very high standard. See his trade card with portrait in the image gallery.

17 cm closed. Despite ample signs of use over 300+ years, a very rare and important piece showing standard European measurements of the 17th century.