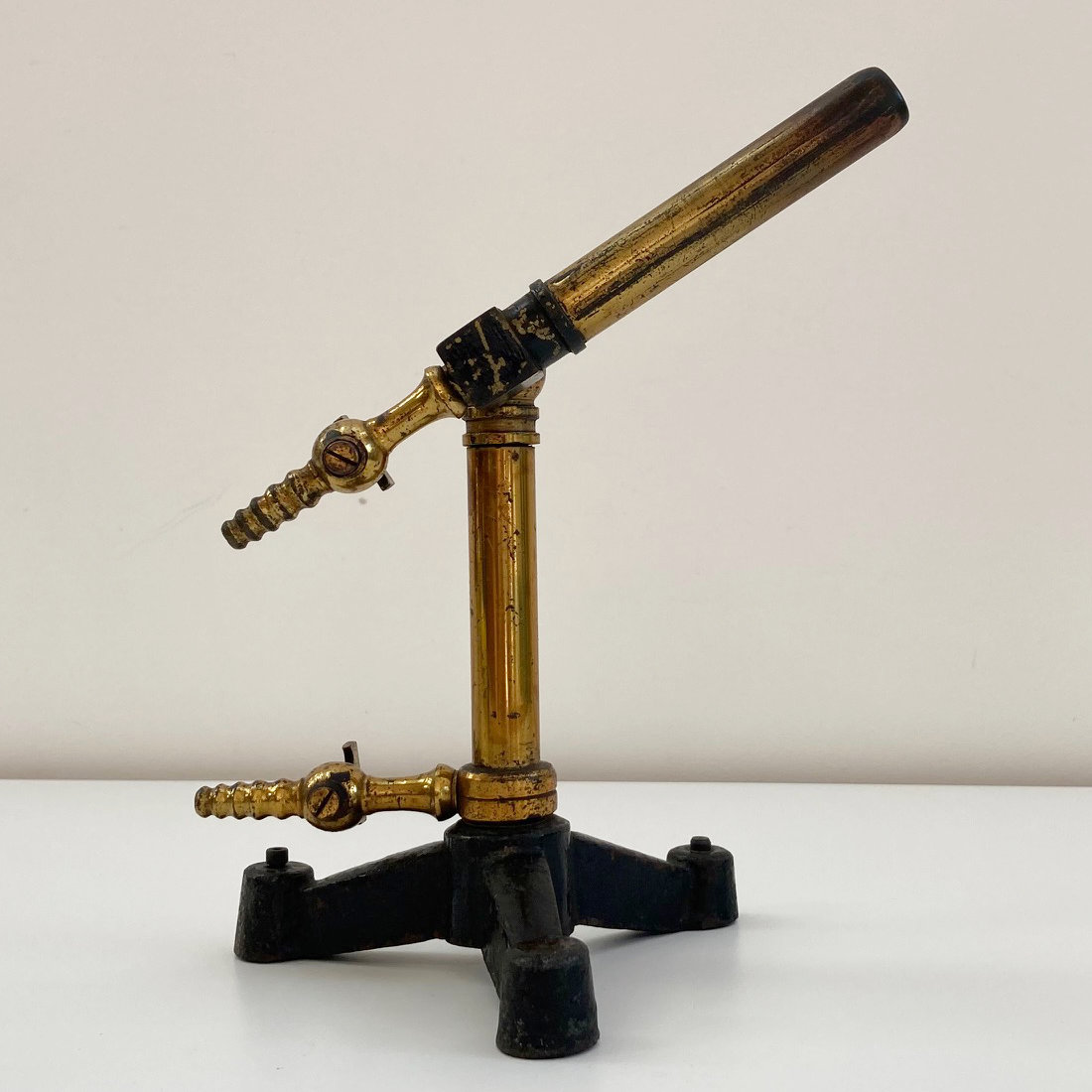 Used for both the creation of laboratory glass and for the analysis of organic materials, this example rests upon an iron tripod base with gilt brass shaft extended vertically from its centre. The shaft has an inlet tube for gas at its base with a tap to allow the variation of flow. To the tip of the shaft, the burner is attached by means of a wingnut which allows for rotary movement of the burner for the user to fix at a desired angle. The back of the burner pipe has a secondary inlet on to which a rubber hose can be attached for the introduction of air either by mouth or by a footpump. Again a tap allows the variation of the flow to be controlled.

The addition of a flow of air to a burner would of course allow the user to more adeptly regulate the type of flame and heat required for a variety of laboratory activities.

The blowpipe’s inventor William Bird Herapath (1820 – 1868) was a Bristol born surgeon and Professor of Chemistry. Prolific during the 1850’s, he not only introduced the blowpipe but was also responsible for the discovery of hepathite whilst analysing urine crystals from a dog that had been fed quinine. These crystals had the effect of polarising light and were invaluable in the development of polaroid film and even the smartphone cameras that we use today.

This example although used, retains much of its original lacquer finish, a nice and rare example of a burner.