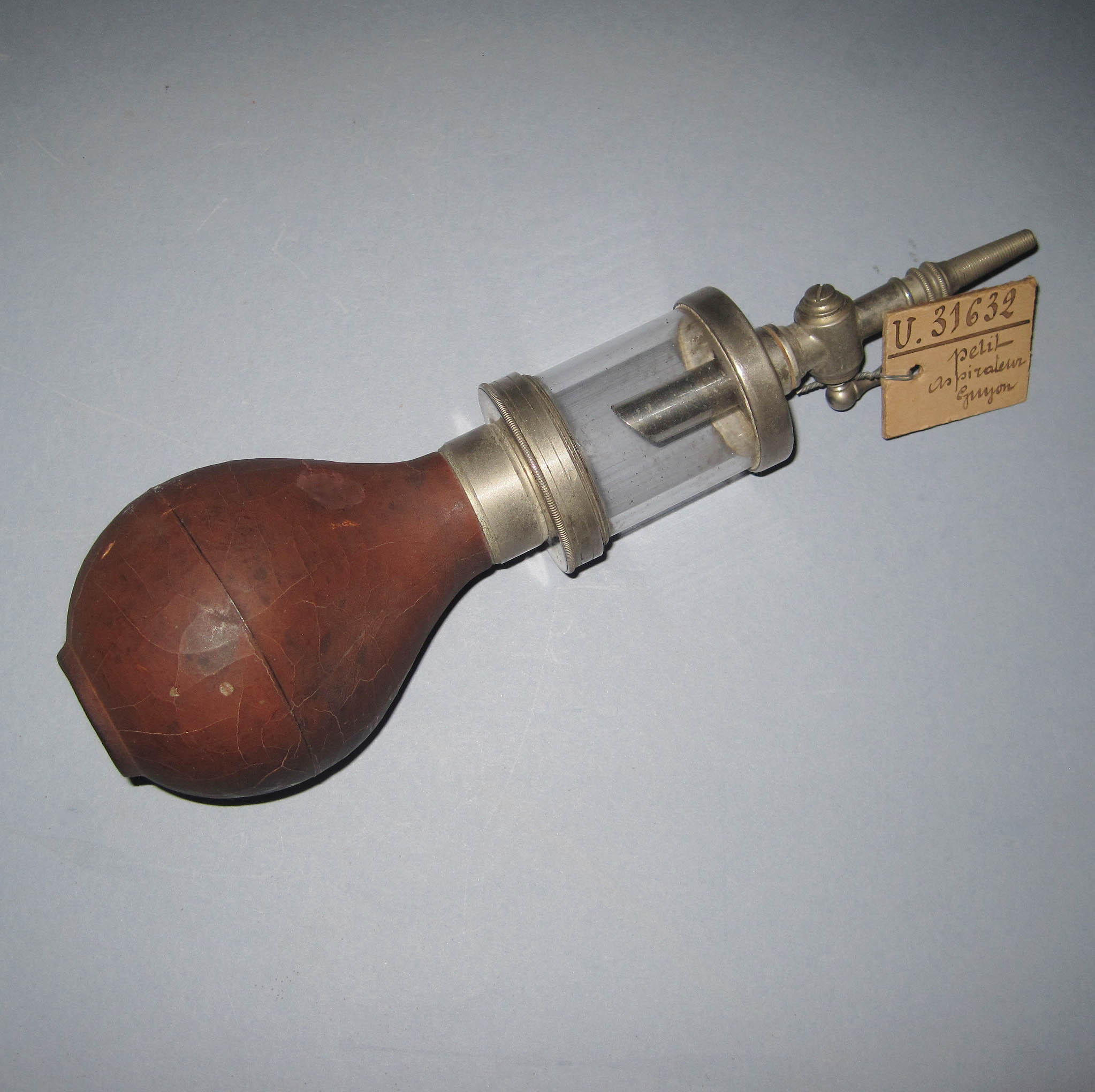 In 1995 Luër, (then known as Wolfgang-Luër) the renowned French surgical instrument maker, closed its doors. The firm,which had been in business for more than 150 years was the last of the great French surgical instrument makers whose roots could be traced  back to Charriere; Georges Luër (1802-1883) , its founder,having worked for that legendary figure during the 1830s. By 1837 he had established his own firm,which was to go on to be a major force in the world of surgical instruments. Not only did  Luër regularly win awards at international exhibitions for the quality of his instruments but the Luër syringe, with its distinctive locking mechanism,  was to become the standard world-wide. Prior to the closing of the firm its historical collection of instruments, including many dating back to the 19th-century,  was sold off and examples soon began to appear in the  Paris market. All examples from their  collection were distinctively labeled in the manner of the one pictured.
What we are offering is Prof. Guyon’s  (Jean Casimir Félix  Guyon,1831-1920) aspirator or evacuator used in  litholapaxy  (bladder stone crushing) to clear the bladder of debris. It is in very good condition noting that the the rubber bulb has hardened and has some surface cracks, as we would expect with an instrument of this age, but it is stable and sound. While  a precise date is elusive, we know this instrument  was introduced by Guyon during the second half of the 1800s. The last image is taken from a 1902 Luër catalog.

Michael and Roberta Gordon have been dealing in medical and dental antiques for almost four decades. They have helped build a number of major private collections and have contributed to the holdings of many museums. They also deal in other scientific and technology related items, including calculating instruments, office machines, patent models and wine-related accessories such as corkscrews. ROBERTA GORDON IS A SKILLED RESTORER WHO CAN HELP YOU WITH ANY INSTRUMENTS AND CASES THAT NEED ATTENTION. Feel free to contact them for details at: mgordon1940@gmail.com or 718-623-6777