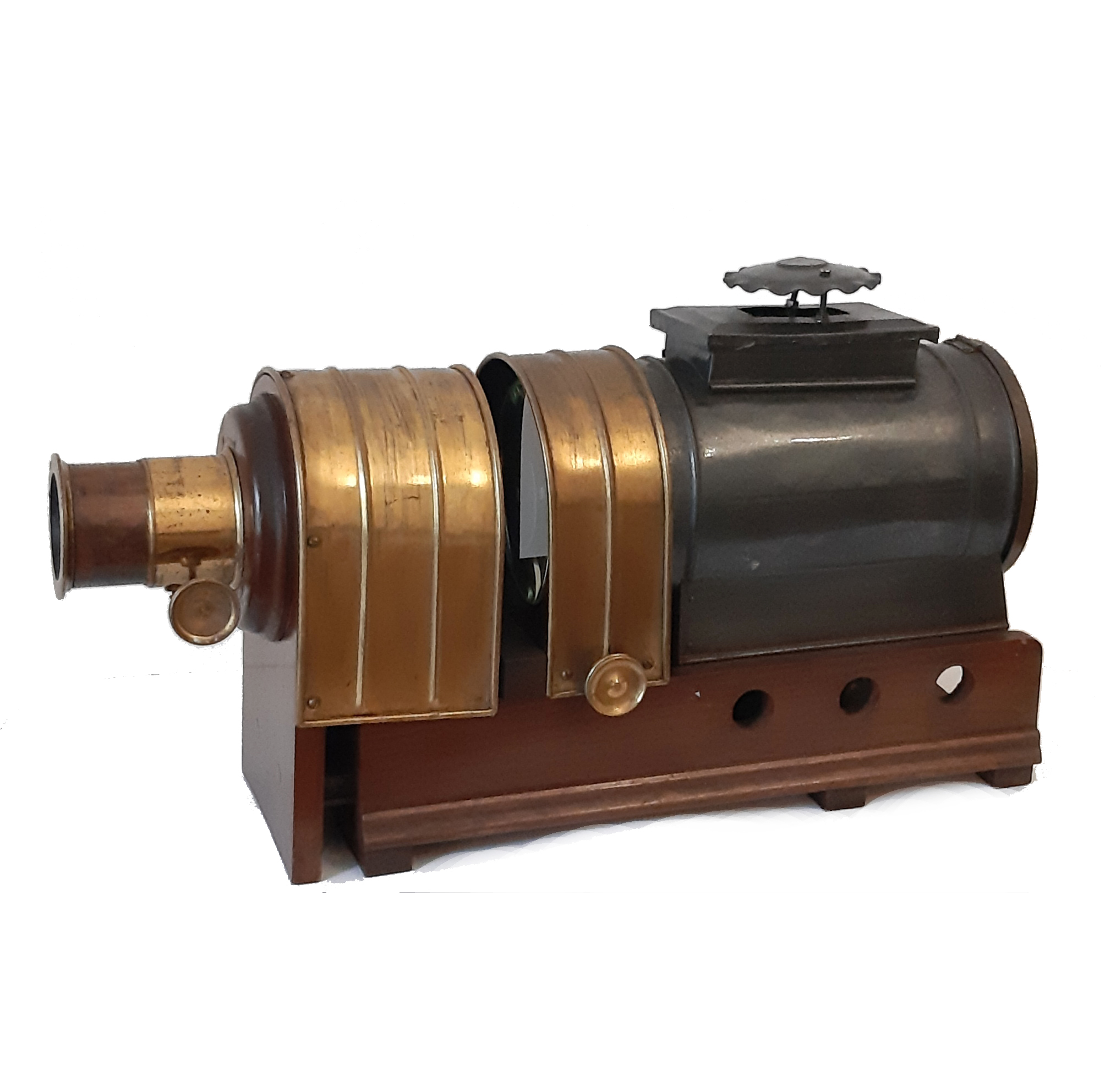 The Magic lantern projector, The Woodbury Improved Sciopticon, was invented by Lorenzo J. Marcy in Philadelphia around 1872 and sold in Britain from 1873 and on by Walter B. Woodbury. This lantern is not the US Marcy version, it is close to the Woodbury (UK) version but does not have Woodbury's brass plate at the front. The base of the projector is wood and supports the metal casing for the glass lens. The circular lens at the front is encased in brass and the section to hold slides is also brass. It contains both a kerosene lamp (not the original), another improvised oil lamp and an early 20th-century electric lamp housing. It comes with one early 19th-century wood and glass slide and a collection of 17 late 19th-century glass slides.

Lorenzo J. Marcy in Philadelphia, Walter B. Woodbury in the UK.

Magic Lantern Projector, Woodbury Improved Sciopticon, around 1875-80, made of wood, metal, and glass.