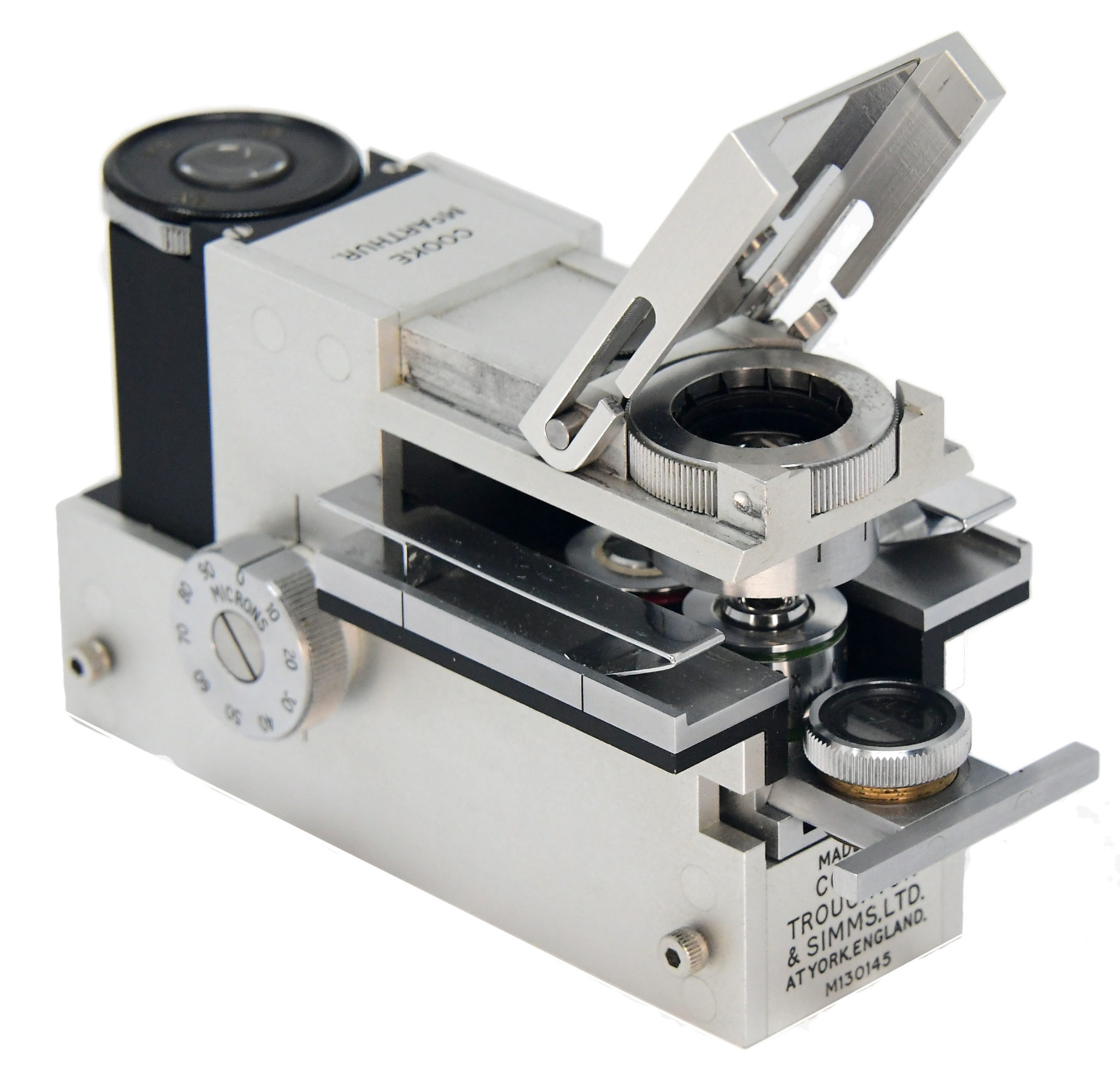 The McArthur microscope is named after Scottish physician John Norrie McArthur, who invented and produced the prototype of his first folded-optics microscopes. He had discussed this microscope before the Quekett Microscopical Club in 1933 and continued to develop the idea of producing small and capable microscopes for the inspection of the malaria pathogen during his relocation to Borneo by the British government for malaria research. During WW II McArthur was captured by the Japanese in Borneo but allowed quite a bit of freedom, and thus had a chance to personally use his newly designed microscope. It was from this experience, using his own instrument that allowed McArthur at the end of the war to make some important functional changes to his folded-optics design. McArthur microscopes were subsequently made by Hearson, Watson, C.T.S., Prior, Kirk, McArthur himself, and Vickers.
Offered here is a good original McArthur microscope by CTS, together with an original reprint of 1947, hand signed by McArthur with dedication, of his study of Malaria in Borneo before and after WWII.

The microscope comes with three objectives: 10X, 40X and 100X oil. Condition is excellent both optically and mechanically. A fitting belt pouch for the microscope will be added to the package.