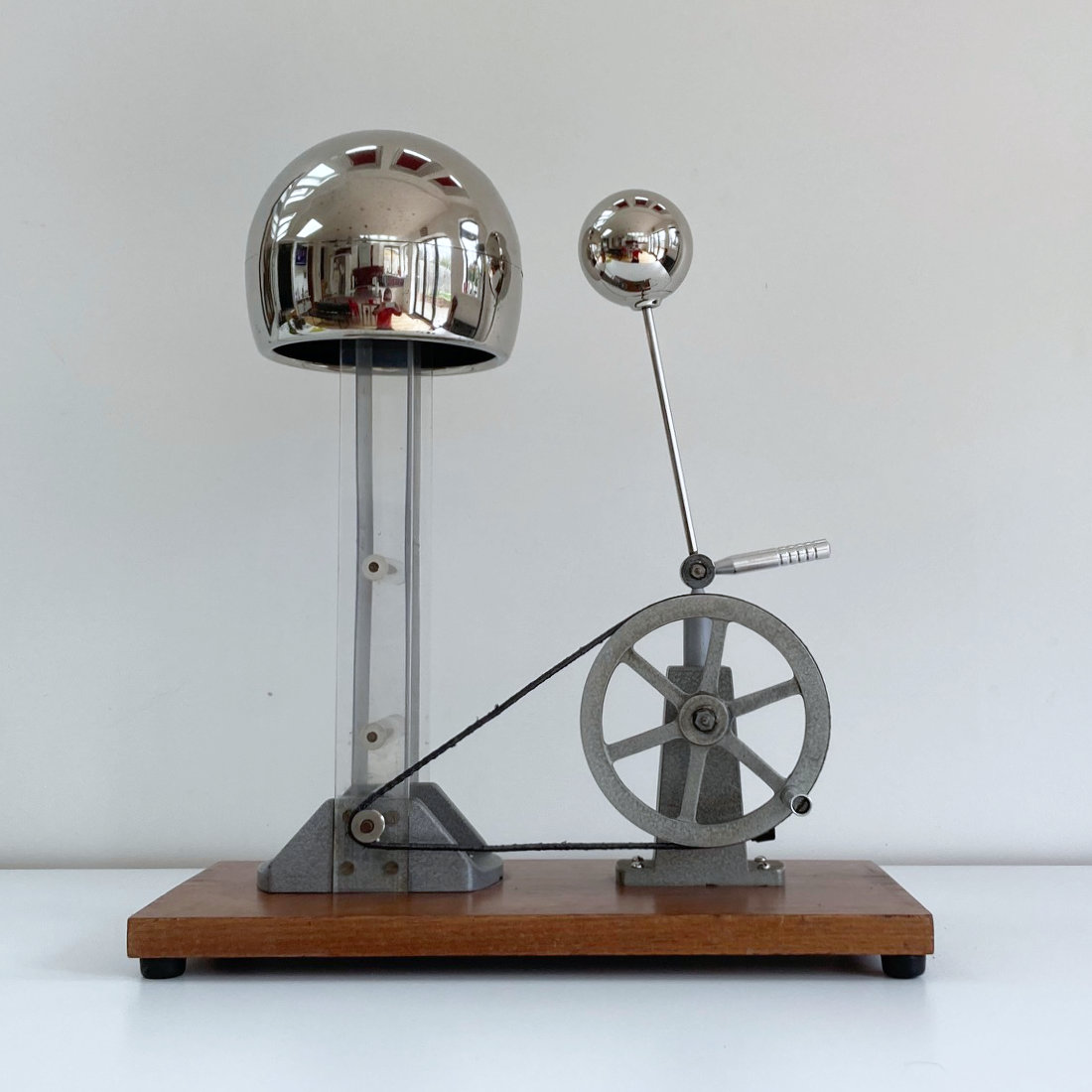 This tabletop example is comprised of two galvanised steel supports set onto a wooden baseboard with rubber feet. The first support carries two acrylic shafts with collecting brushes at the top and bottom. A spindle is also provided at each end, onto which a rubber belt is attached and over the top brush-plate is placed a metal dome.

The second base plate carries a pulley wheel with handle for manual operation which is attached by a band to the base spindle. The top of the plate also has a discharge wand attached via a hinge to allow the wand to be moved to different distances from the main dome. The side of the plate also has a connection in order for the generator to be electrically driven if preferred. The side is also marked with a Harris signature denoting the maker, Philip Harris

The Van Der Graaff generator works by means of the rubber belt moving over two rollers comprised of differing materials each with a comb, the top one connected to the hood and the bottom one connected to earth. Owing to the different materials of the rollers, the movement of the belt causes the transfer of electrons from one to the other. The bottom roller will be negatively charged, and the top positively charged. The excess positive charge is subsequently accumulated on the outer surface of the dome and builds up very large amounts of charge. If a wand was attached to the instrument at this point, then the electrons drawn up from the ground would be attracted to the positive charge in the dome and spark is generated.

Still in existence today, unusually the Philip Harris’s website pays little respect to its early history. The company began as Thomas Ellis in 1817 and Harris joined the company in 1825. Harris seems to have taken over the company around 1866 in Birmingham whereafter it grew significantly, and it remains a dominant provider of educational scienitific equipment today.