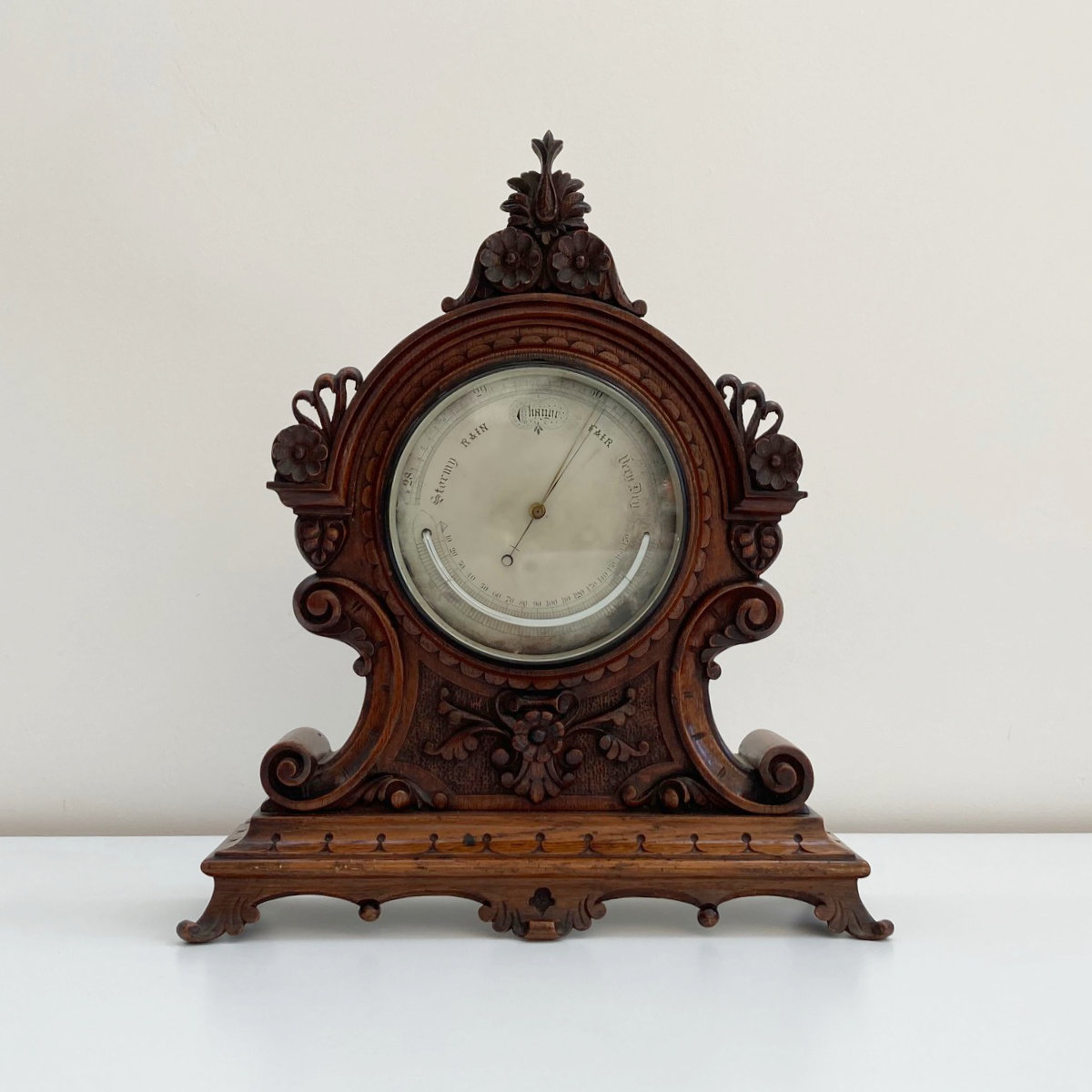 For sale, a mid-Victorian aneroid barometer in beautifully carved oak case by J Hicks of London.

Perhaps one of the prettiest Victorian example I have seen which makes it all the more surprising that a maker’s name does not appear on the barometer itself, nevertheless this model of barometer appears in the 1860’s catalogues of J Hicks (see images) and can therefore be attributed.

This superb example is a five inch dial instrument with unusually fine engraving. The scale to the outer top edge measures 28 to 31 inches of barometric pressure and has gothic style weather indication below. A very fine blue steel pointer and set hand are also indications of its quality and a Fahrenheit thermometer and scale are further placed to the lower half.

The oak case surrounding the barometer is festooned with rococo scrolls and floral motifs to the top, sides and even the feet. The wooden set knob which unusually appears below the instrument itself in the form of a carved flower and as part of the central decoration can be turned to adjust the daily reading as required.

James Joseph Hicks was born in Cork, Ireland in 1837 to a poor farming family and was sent to London for schooling. He was apprenticed to the famous Louis P Casella where he remained until 1861. In that short time he had already risen to become Casella’s foreman, showing just how able the young Hicks was. He began to trade in his own right in around 1861-1862 at 8 Hatton Gardens, London and was respected enough by 1864 to have been granted membership to The British Meteorological Society.

Simply, a lovely example of its type and a little larger than most with a height of 34cms and a length of 29cms.