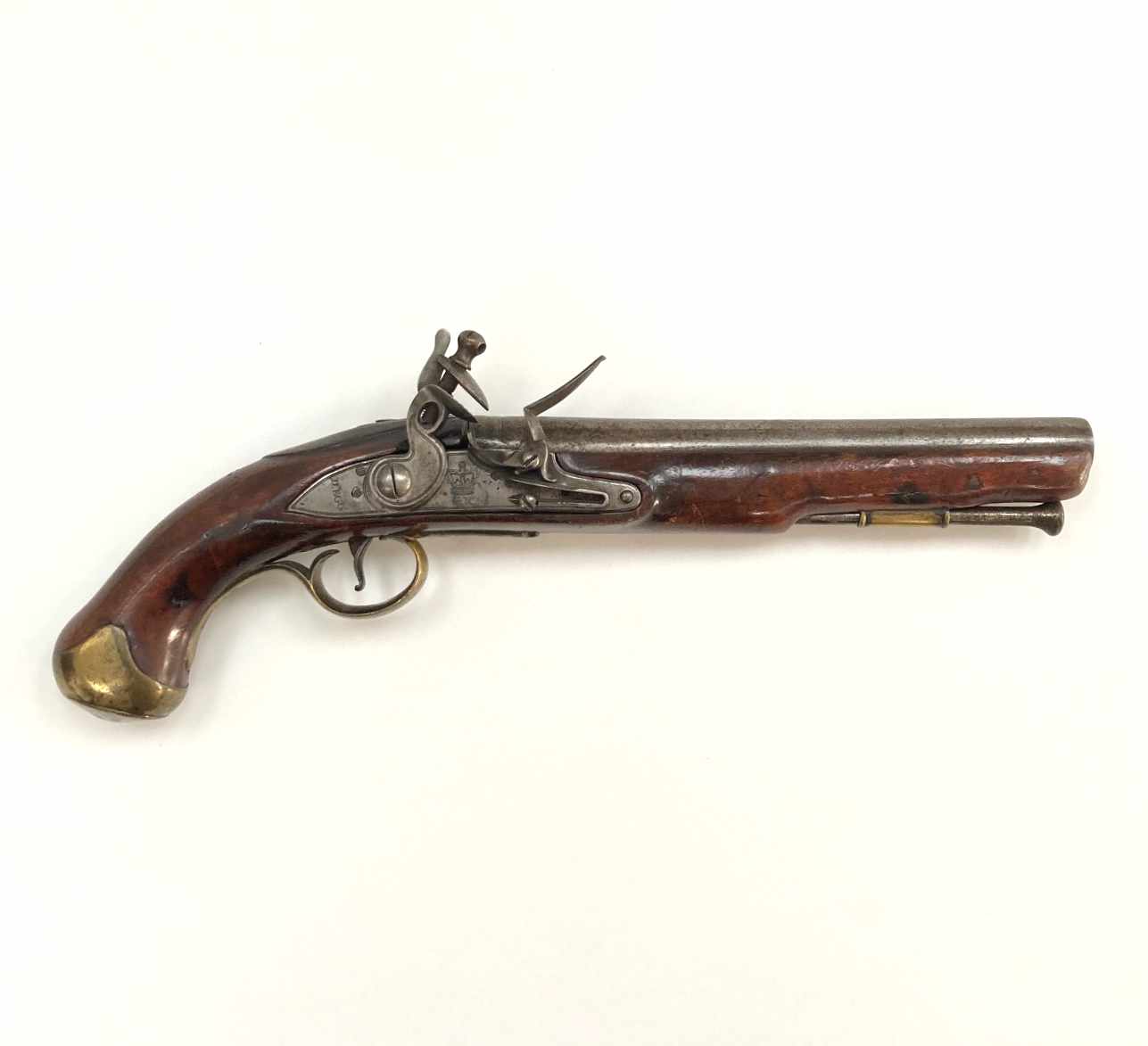 Comprised of a figured walnut body, nine inch plain barrel struck with London proof marks (Crown over V & Crown over GP) and engraved across the top to “D. Egg London”.

The lock plate is further engraved with GR crowned cypher and then D. Egg behind the ring neck cock with line edge engraving. It has regulation pattern brass mounts at the butt cap, side plate, ramrod plate and the trigger guard, the latter with additional regimental markings, “E No: 36”, probably for E Troop.

The maker Durs Egg (1748 – 1831) was of Swiss origin and trained as a gunmaker in both Switzerland and Paris before setting up business in London in 1772. His skilled craftsmanship put him up alongside all the noted London gunmakers of the period and he was a contemporary of the equally famous Joseph Manton. From his various premises in Piccadilly, The Strand and Pall Mall, Egg enjoyed custom from the top echelons of London society and eventually rose to become gunmaker to The Prince of Wales, later George IV. He died very shortly after his Royal Appointee in 1831.

His nephew Joseph Egg enjoyed similar fame in London and examples from both Uncle & Nephew are now highly sought after. This example is almost certainly a private military purchase as it lacks the Tower marks of most other extant examples. A fine piece of Napoleonic history and manufactured by one of the highest quality makers of the period. It is also the last of the British cavalry dragoon patterns before the New Land Pattern finally became the standard for the British Army.