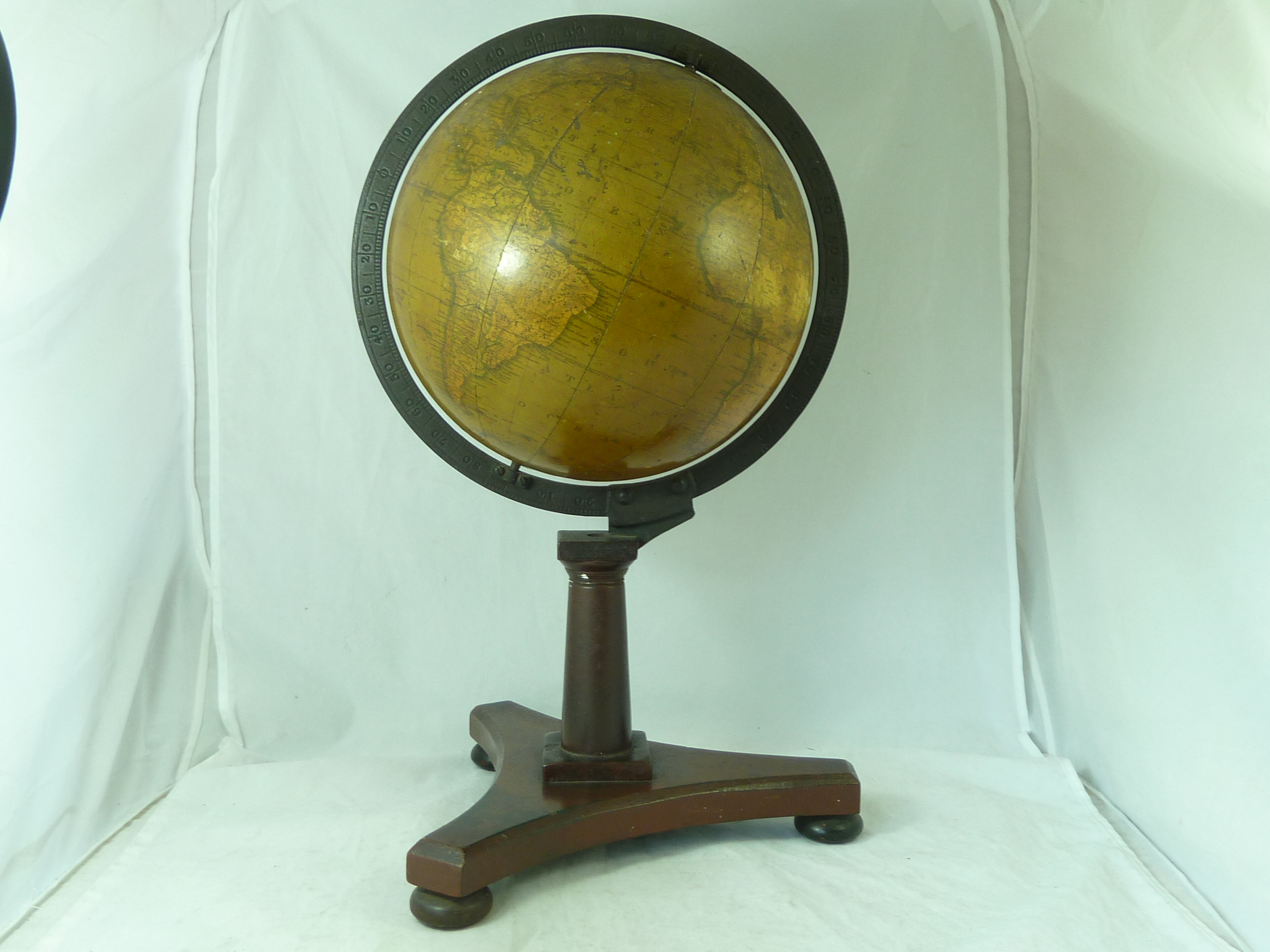 The 9” or 23cm globe made of twelve hand-coloured engraved gores and two polar calottes , inscribed

Surveys of the most esteemed

Shallow areas of varnish loss, abrasions, scratches, stains, surface hairlines between the gores and  with small cracks near the South Pole.