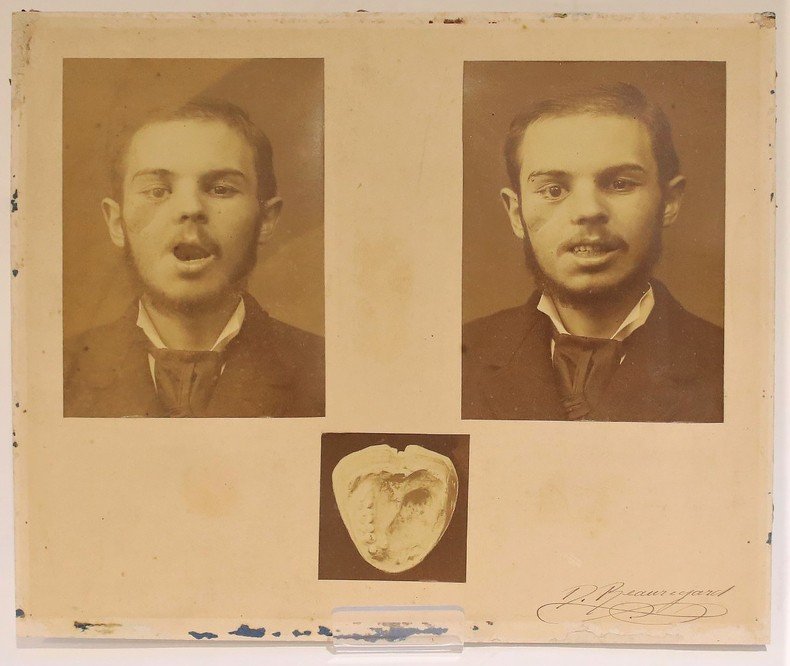 Original photos of facial surgery or odontology by Daniel Beauregard, 1880

Three original photographs – albumen print – glued on a strong cardboard signed “D. Beauregard” and showing reconstructive surgery of the jaw or maxillofacial surgery thanks to the grafting of a dental prosthesis, itself illustrated separately from an original photo.

Daniel Beauregard was one of the founding members of the Cercle des dentistes de Paris in 1879 and a dental surgeon established in Paris at the end of the 19th century. He was active mainly during the 1880s and the beginning of the 1890s.

It could be the prosthesis shown here.