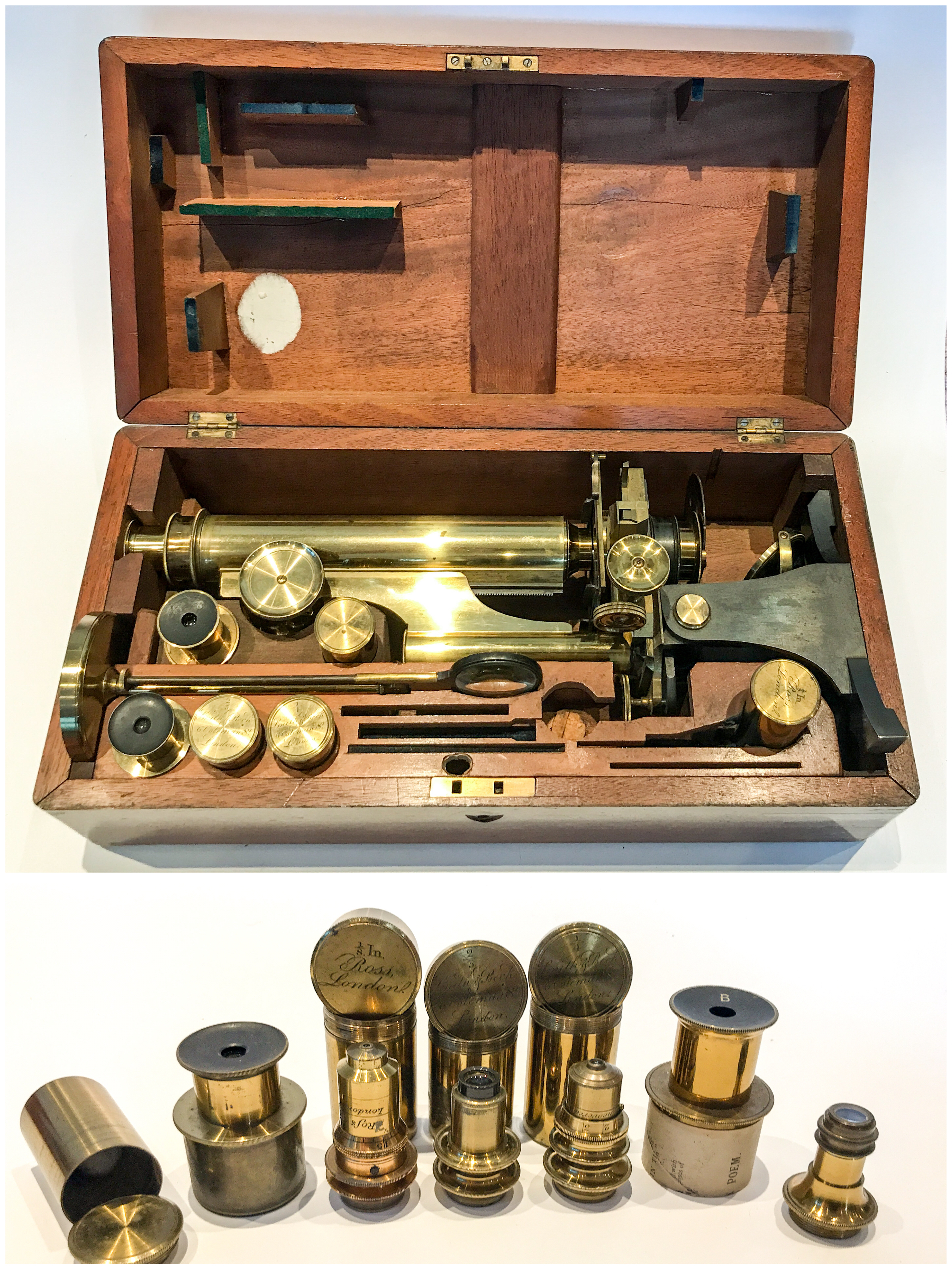 Acland has been described as the foremost scientist in Victorian Oxford, with an influence said to be comparable with that of Sir James Paget in Cambridge. As physician to the Radcliffe Infirmary he introduced the use of microscopes for diagnosis in the medical training of his students. He also conducted important investigations during the Cholera epidemic and was  founder of the university museum.

Of the three microscopes Acland purchased from Smith and Beck, this is the second largest. The smallest model is held by the Oxford Museum of Science and was included in a recent exhibition on Acland in 2015. The whereabouts of the largest stand is unknown.

Antique Microscopes has been trading in scientific antiques since 1998, during which time we have often sourced rare items for world-class collections and institutions worldwide. Our speciality is in early English achromatic microscopes and Victorian microscope slides