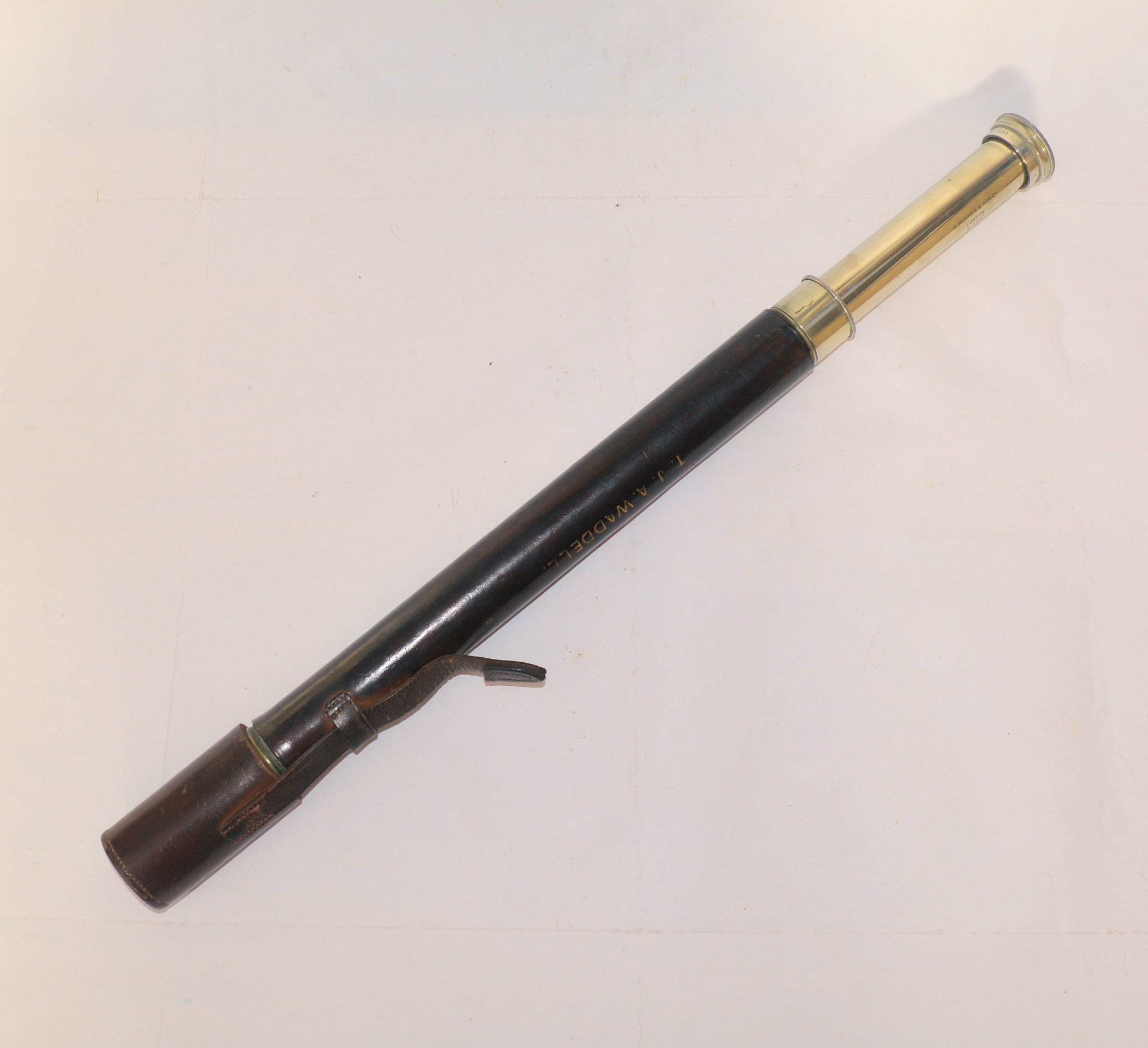 The telescope measures 18 inches long with the draw tube retracted. All in excellent condition, no dents, cracks etc., the stitching to the leather is intact and it gives fine, sharp images when viewed through.

‘Anchoria’ was built in 1911 by Alexander Stephen & Sons of Glasgow. On September 7th 1911 she entered service for Anchor Line (Henderson Bros.) and in November of that year Cunard aquired the whole ordinary share capital of the company.
In 1912 Brocklebank’s purchased Anchor Line’s Calcutta rights along with the four Anchor ships plying that route.
She was almost caught in Fiume, Austro-Hungary, when the First World War was imminent but her crew managed to unload the cargo of Burma rice and left the port on the day war was declared otherwise she would have been captured as a war prize.
On 18th March 1918 she was torpedoed by U98 while off Northern Ireland and towed into Lough Swilly and beached so that she didn’t sink. After being made watertight she was moved to port for repairs.
Between 1919 and 1920 she was converted into a cadet training ship and refitted to carry 30 cadets who did all of the deck work during their 4 years apprenticeship.
In 1935 she was sold to Cardiff owners who traded her in under the ‘Scrap and Build’ scheme. She was then scrapped at Osaka