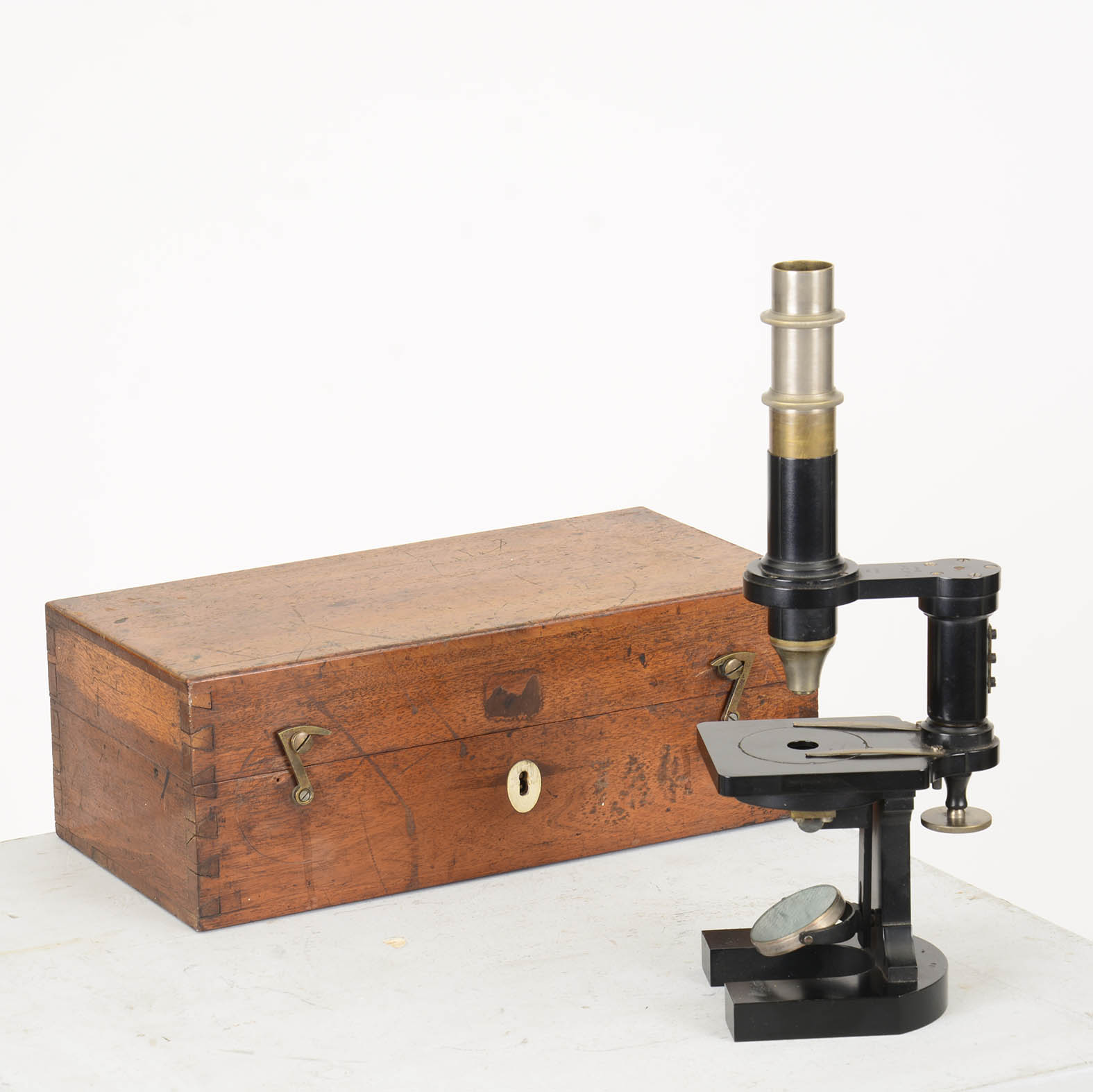 (after 1851 LIEBIGS assistant in Munich and JOHN STENHOUSE’s and later August Wilhelm von HOFMANN’s assistant in London, Chemical Professor in Prague since 1869)  – more about Buff: https://de.wikipedia.org/wiki/Heinrich_Ludwig_Buff

The microscope comes with the rare Zeiss polarisation apparatus (only one part of it, the prism seems cloudy=damaged) and the original case.

Early piece of one of the most important German Makers CARL ZEISS, still using parts of the early Oberhaeuser shapes.