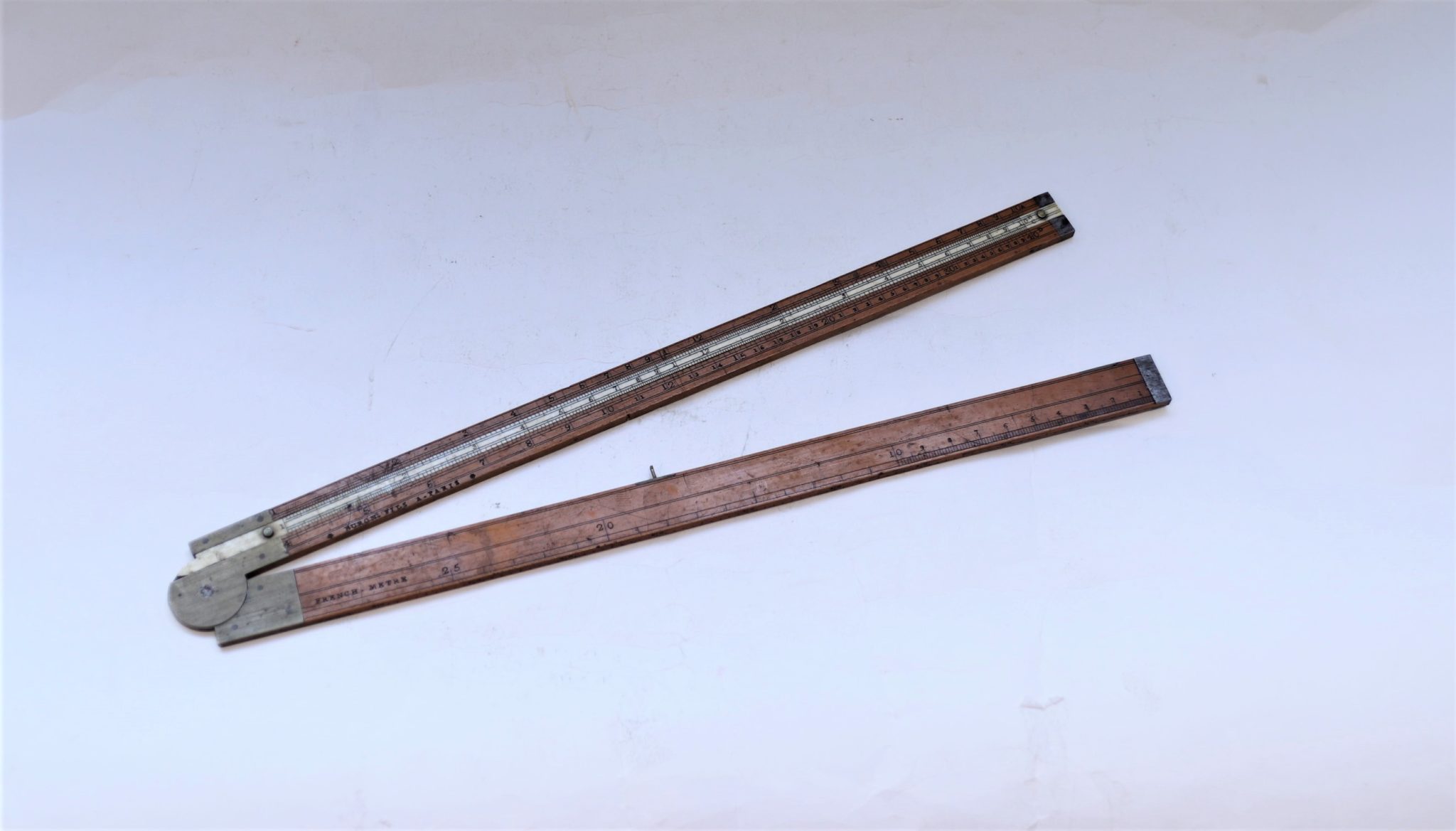 A quite rare French Carpenter’s slide rule made for the UK market and signed “Buron fils à Paris”.

Buron fils is Noël François Joseph Buron, established at Paris in 1818 taking over the business of his father Joseph Charles Louis Buron. The signature “Buron fils” indicates that the slide rule was made shortly after Buron was established alone, so certainly during the 1820s’ or maybe the early 1830s’. On the famous illustrated Buron catalogue dated from 1844, the word “fils” has disappeared.

The Carpenter’s slide rules manufactured by French maker are rare. This one was made for the UK market as indicated the uses of English language : “French metre”.

The slide rule can be used on the side divided in French meter, the other side is divided in 24 English inches.

The ruler is made in boxwood with a joint in brass, two cap ends in steel and a slide in withe precious material.

A rare example of an UK-type French slide rule or ruler in French meter and UK inches.

Despite one little piece of brass is lacking to held the two parts closed together, the condition is excellent.