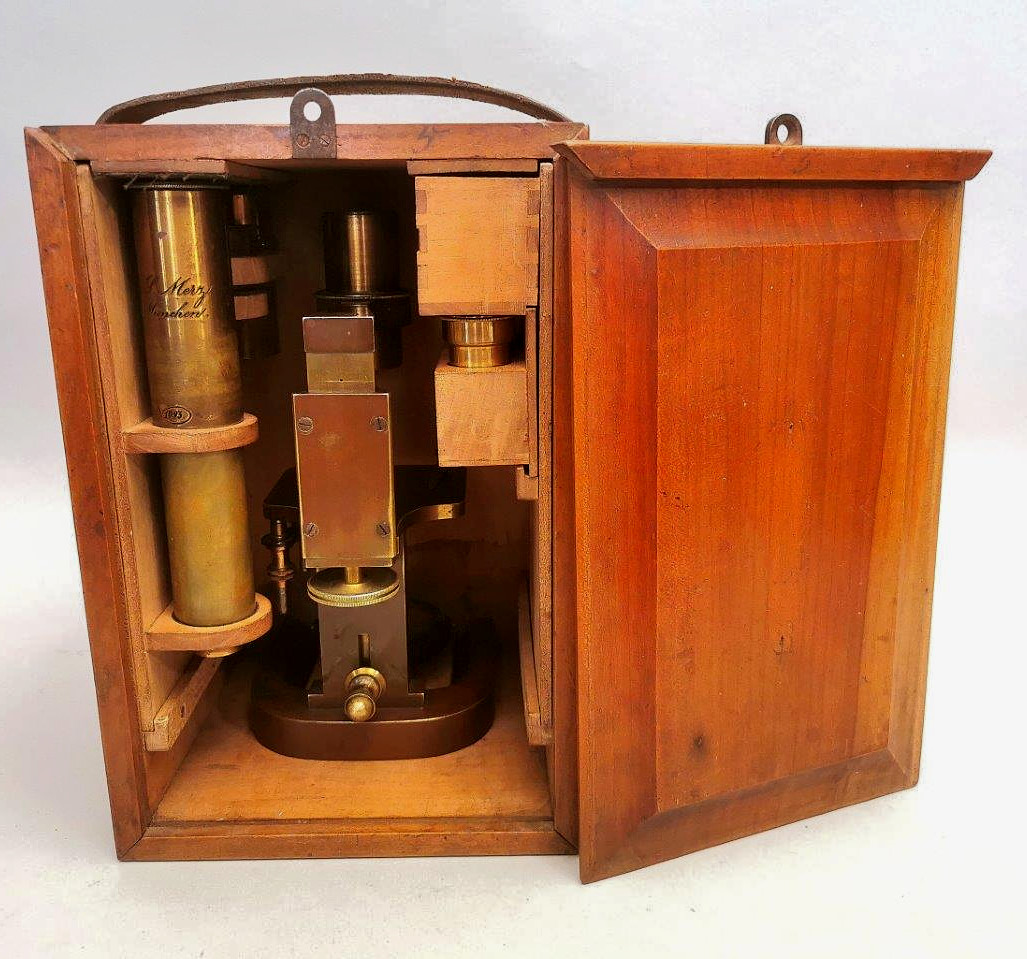 Merz microscopes are quite rare and collectable instruments.

This example came in his beautiful original pinewood case, with two objectives and three eyepieces, unfortunately two of them are missing the bottom lens, anyway the overall conditions are excellent.

Georg Merz was born on 26 January 1793 in Bichl, in Bad Tölz-Wolfratshausen,

now in Bavaria, Germany.  At the age of 15 he went to work in the glassworks recently set up by Joseph von Utzschneider [de] in the nearby deconsecrated monastery of Benediktbeuern. There he became the assistant of Joseph Fraunhofer. From 1826, when Fraunhofer died, Merz was in charge of the optical division of the business. On the death of von Utzschneider in 1839 Merz, in partnership with Joseph Mahler, bought the firm. After Mahler’s death he ran the business in partnership with his sons Ludwig and Sigmund. When Ludwig died in 1858 the name was changed to G. & S. Merz.

Georg Merz died in Munich on 12 January 1867. In 1882 the firm passed to Jacob and Matthias Merz, Sigmund’s cousins, and in 1884 the Benediktbeuern works was closed. The company moved to Munich, and closed in 1903.

Feel free to ask for further information and details.