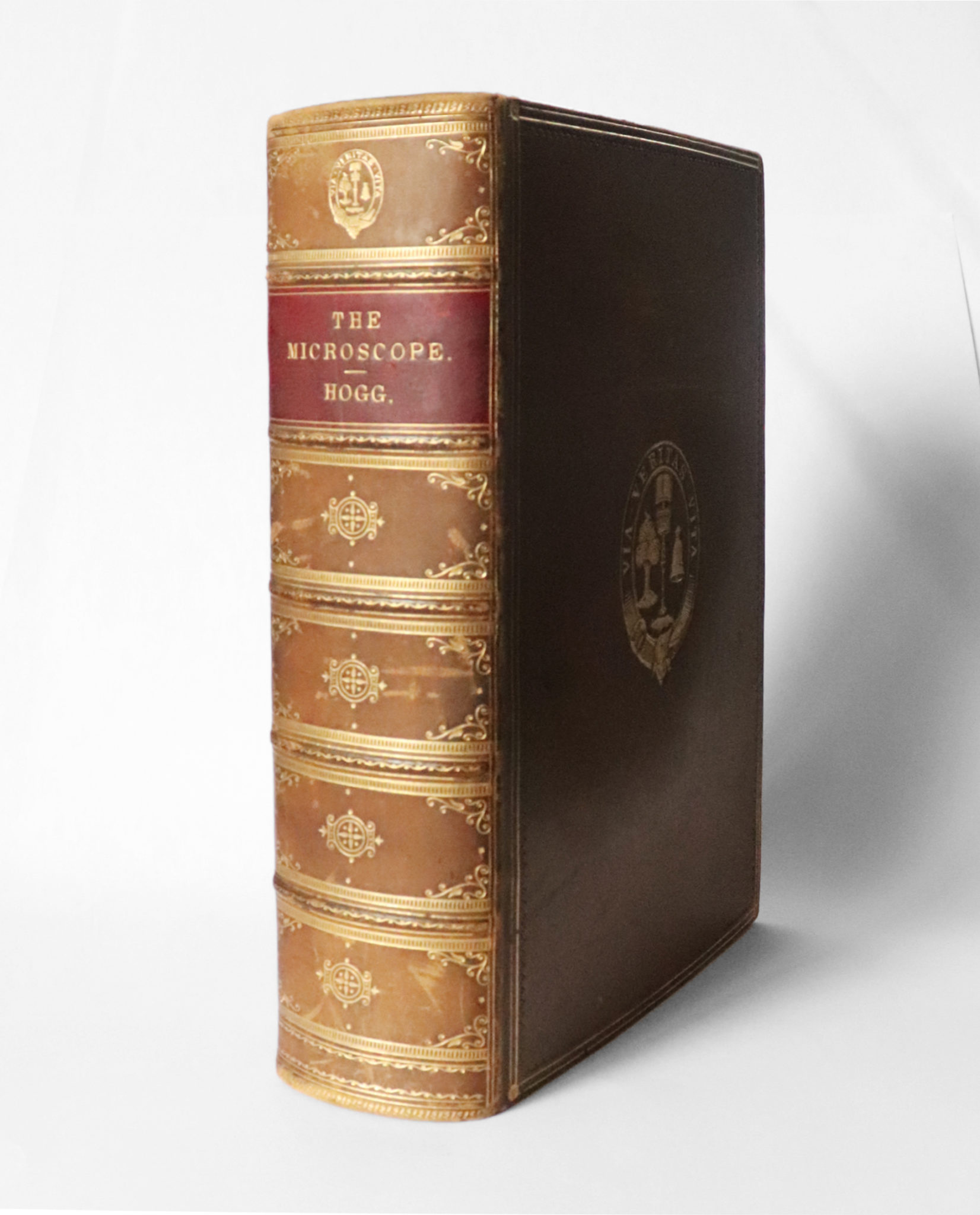 Title: The Microscope: Its History, Construction, and Application: Being a Familiar Introduction to the Use of the Instrument, and the Study of Microscopical Science

Description: Stunning copy of this important work. In a fine polished calf prize binding with gilt and blind tooling. Bookplate awarding the book as a prize in physics to Robert Andrew, signed by William Thomson (as ‘Gul[ielmus] Thomson’), Lord Kelvin, then Professor of Natural Philosophy at Glasgow. This is a remarkable association, and in combination with the condition and binding makes this an exquisite copy of the standard Victorian work on the microscope.

Thomson was one of the most important physiscists of his era. His Baronial title, Kelvin, is forever associated with the absolute temperature scale; he was knighted for his work on the transatlantic telegraph, and made important contributions to the development of the mariner’s compass. Amongst his theoretical contributions were clarifications to the first and second laws of thermodynamics.

Hogg’s book, meanwhile, was first published in 1854 and went though many editions and impressions. Sixth and later editions (such as this one) are notable for containing the beautiful illustrations by Tuffen West, printed using a new 10-colour wood-engraving process developed by Edmund Evans. An appendix also gives a useful account of new students’ and cheaper microscopes, including and illustrating examples by Browning, Ladd, Crouch and Beck.