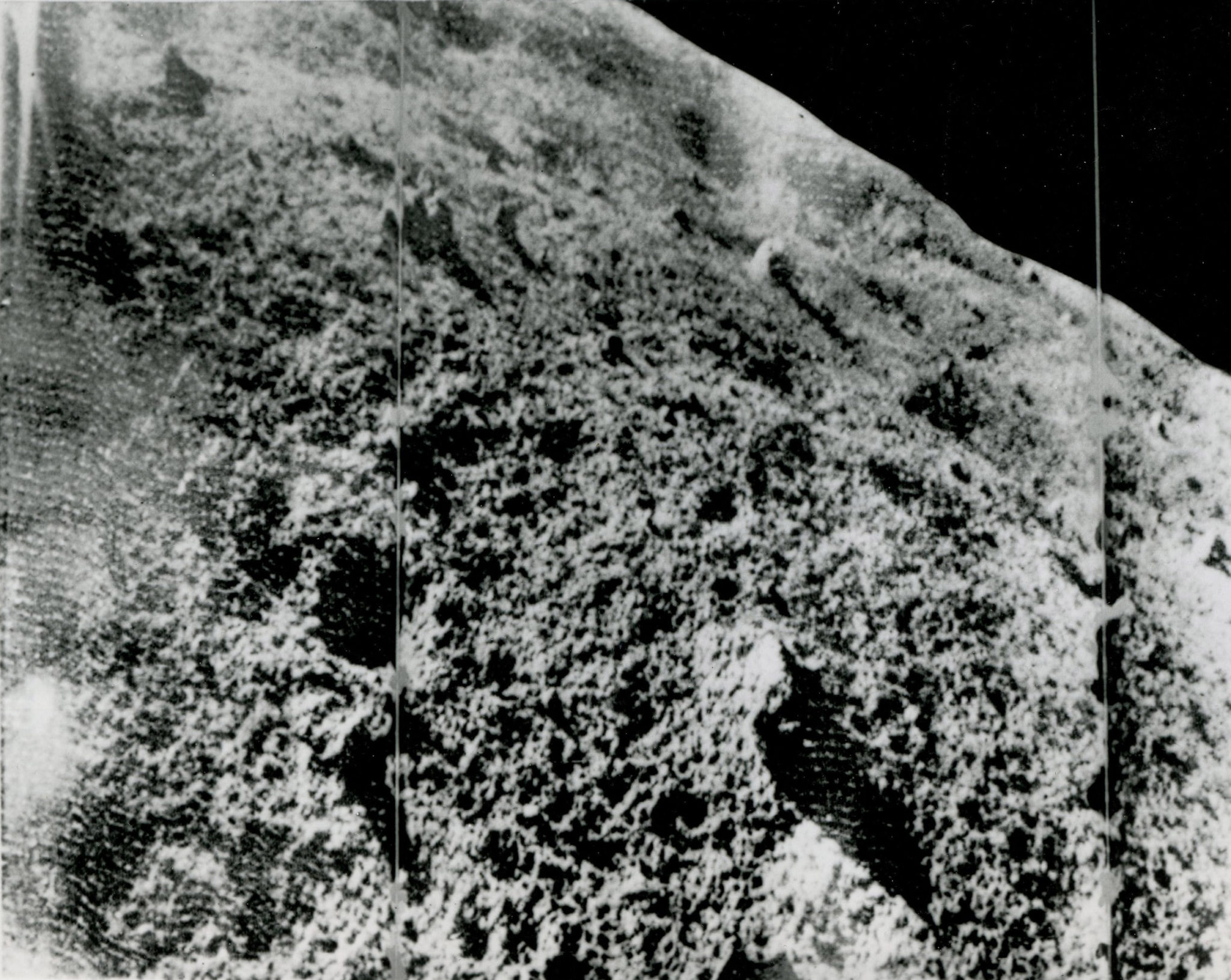 The first photograph taken from the surface of the Moon, 4th February, 1966

Taken by a camera mounted on the Luna 9 space probe

This is the first photograph taken from the surface of the Moon, by a camera mounted on the Luna 9 space probe, 4th February, 1966.

“Jodrell Bank was deeply involved in monitoring the early space race between the USA and the Soviet Union.

The Soviet Union was far out in the lead with its Luna Programme and in February 1966 was successful in making the first ‘soft landing’ (as opposed to a ‘crash landing’) on the surface of the Moon with the ‘Luna 9’ space probe.

On landing, the craft unfurled to reveal a camera which allowed it to photograph of the surface of the Moon (this was a time well before the invention of the digital camera). The probe encoded the image in the style of early ‘fax’ technology and beamed the resulting signal back to Earth using a radio transmitter.

The signal was intended to reach the space programme team in the Soviet Union. However, the team at Jodrell Bank picked up the signal and someone recognised it as the signal for a fax machine. These were quite rare at the time, but eventually someone managed to borrow the right equipment (some from Manchester and some from London) from the offices of the Daily Express newspaper.”