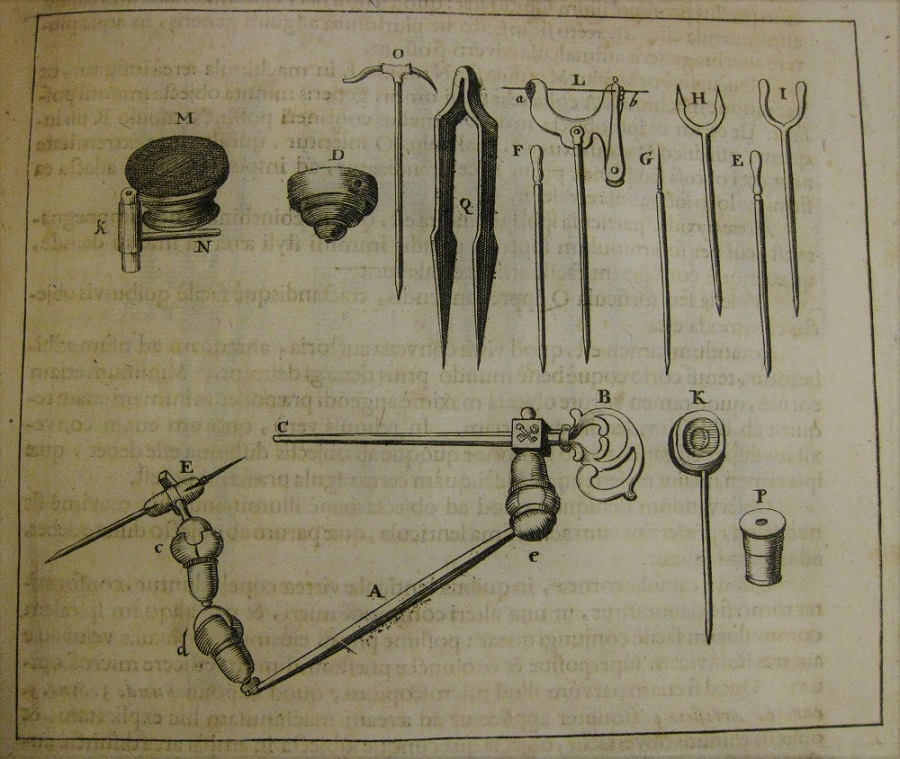 Second edition, after a first published in 1685, of the most important text from the end of the 17th century on optical instruments, in particular microscopes and their constructions.

Zahn’s oculus artificilias is “valuable a complete account of optics as known at the time, and especially for describing telescopes and microscopes, with full constructional details, and the machinery for grinding lenses and make the metal parts used in their manufacture. The author also describes a portable camera obscura having fixed lenses in a tube and an adjustable mirror “(Zeitlinger).

In his very important Appendix, pages 779-797, Zahn describes and illustrates the microscopes of Hooke and Bonanni which had already appeared in the books of these two authors but for the very first time the two microscopes, simple and compound, of Johann van Musschenbroek and the very rare simple microscopes from Conrad Cuno.

Some marginal tears and usual foxings.