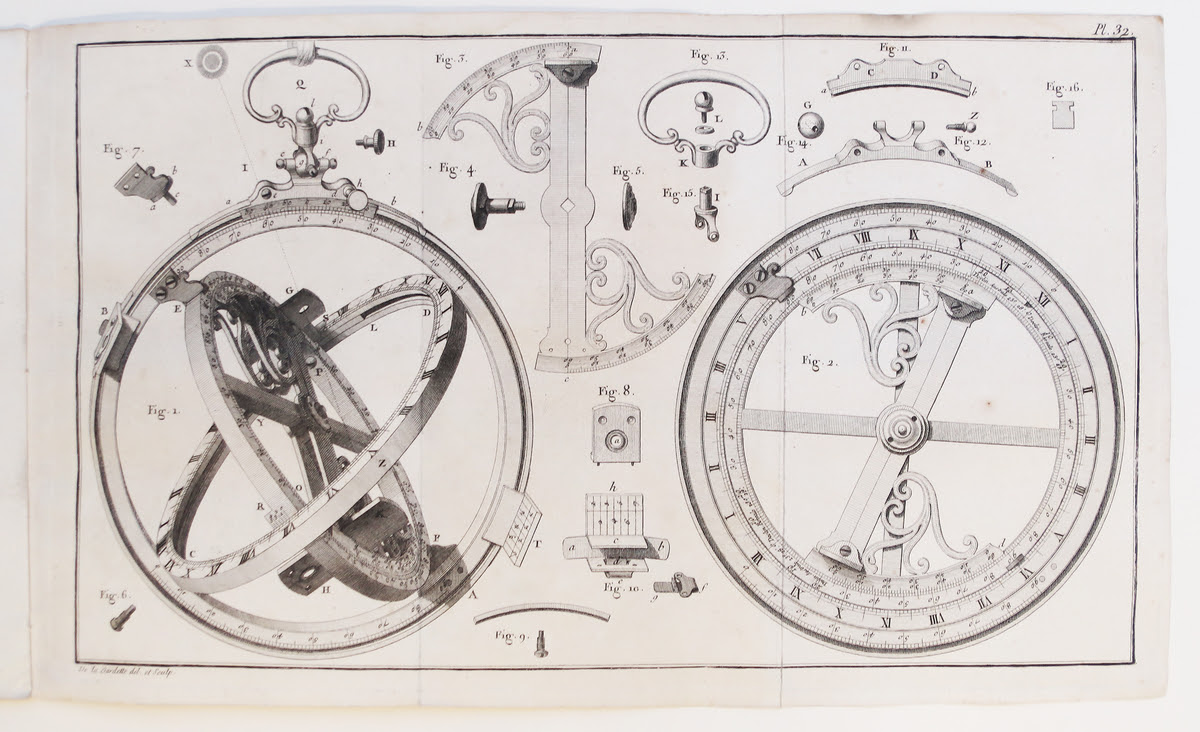 The only copy known and the author’s copy of the description of de Luynes complexe astronomical ring dial – c. 1774

This pratical booklet is illustrated with a large and fine engraved on copper by Pierre Claude de La Gardette, it has a particular title page and pagination, and the composition of the text has been completely rearranged from the Bedos de Celles original printing.

This is the anique and personal copy of Cardinal Paul d’Albert de Luynes (1703-1788), inventor of the eponymous universal equinoctial ring, bearing an inscription by his hand in ink on the first cover: « Description de l’Anneau Astronomique que jay fait exécuter, avec le dessein le plus exact de l’Anneau, et de toutes les pieces dont il est composé, et qui est parfaitement gravé. » [Description of the astronomical ring that I have make made, with the most exact drawn of the Ring, and of all the parts of which it is composed, and which is perfectly engraved.]

Archbishop of Sens and first chaplain to the Dauphine (mother of Louis XVI), the cardinal is passionate about the sciences, in particular for astronomy. He is particularly known for an astronomical ring that he “perfected and had built before his eyes for his particular use, by the sieur [Jacques-Nicolas] Baradelle son, engineer for mathematical instruments, in Paris”. The cardinal’s ring is considered today as the most successful of this type of instrument.

The cardinal and Bedos de Celles probably knew each other: in the 1770s, Dom Bedos was the guest of Duhamel du Monceau, member of the Academy of Sciences (like Luynes), at the castle of Denainvilliers in the town of Dadonville located in the diocese of the cardinal. He drew several sundials there and probably devoted himself to the second edition of his Gnomonic, the first to contain the description of the cardinal’s ring.