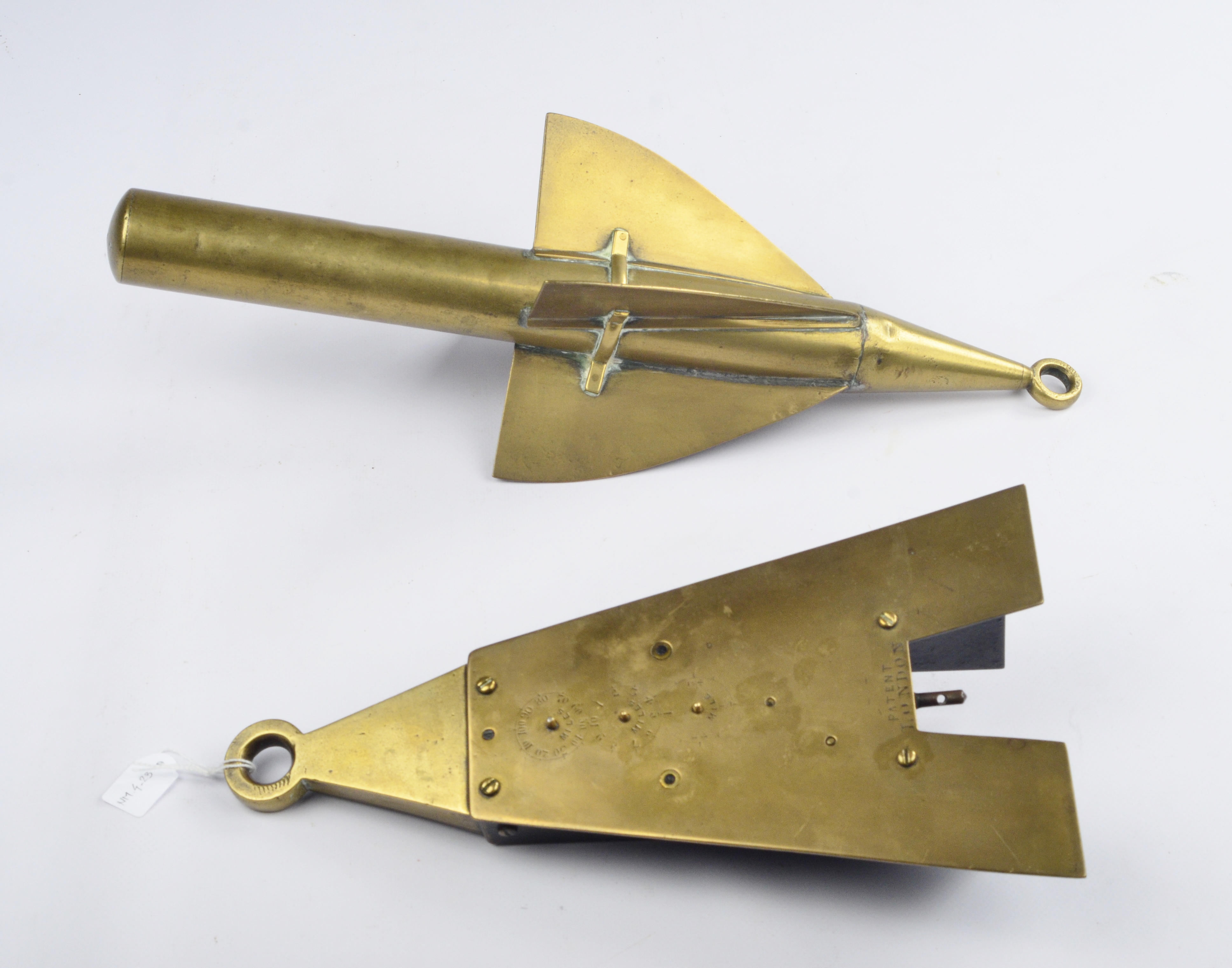 This Massey log is an interesting early specimen, probably a prototype.

From the 17th century onwards people had made many attempts to devise a mechanical log which would automatically record the ships distance done. Edward Massey invented a mechanical log in 1802 with four blades which was used by the Admiralty from 1807-1815. When dragged behind the ship the log vins rotates and the revolutions were transformed in miles on the dials, to be read after the log was brought in. The design of Massey was further refined by Thomas Walker and Son, who took out a patent for the A1 Harpoon Log in 1861. Heath & Co., instrumentmakers in London from 1845-1910, made only a few harpoonlogs based on Walkers patent of 1861, also with stabilizer.

This Massey log is an interesting early specimen, probably a prototype. On later versions, the name of the maker and other texts are written in graceful letters. This one only has the mention PATENT LONDON. The hands and the structure with swivelling cover have disappeared. The propeller has the characteristic design of Masey with cross connections between the blades.

Welcome to the catalogue of Archipel International Maritime Gallery, specialist in nautical antiques and collectables.
Archipel International Maritime Galery in the Netherlands, sets itself to maritime objects, globes and sea charts of before 1900. The managing director worked as officer with the mercantile marine and the Royal Navy. As curator he was connected to one of the University Museums in the Netherlands. As seaman and curator he has a lot of knowledge of naval history. The entire Archipel collection can be found at the site Archipel-img.com.