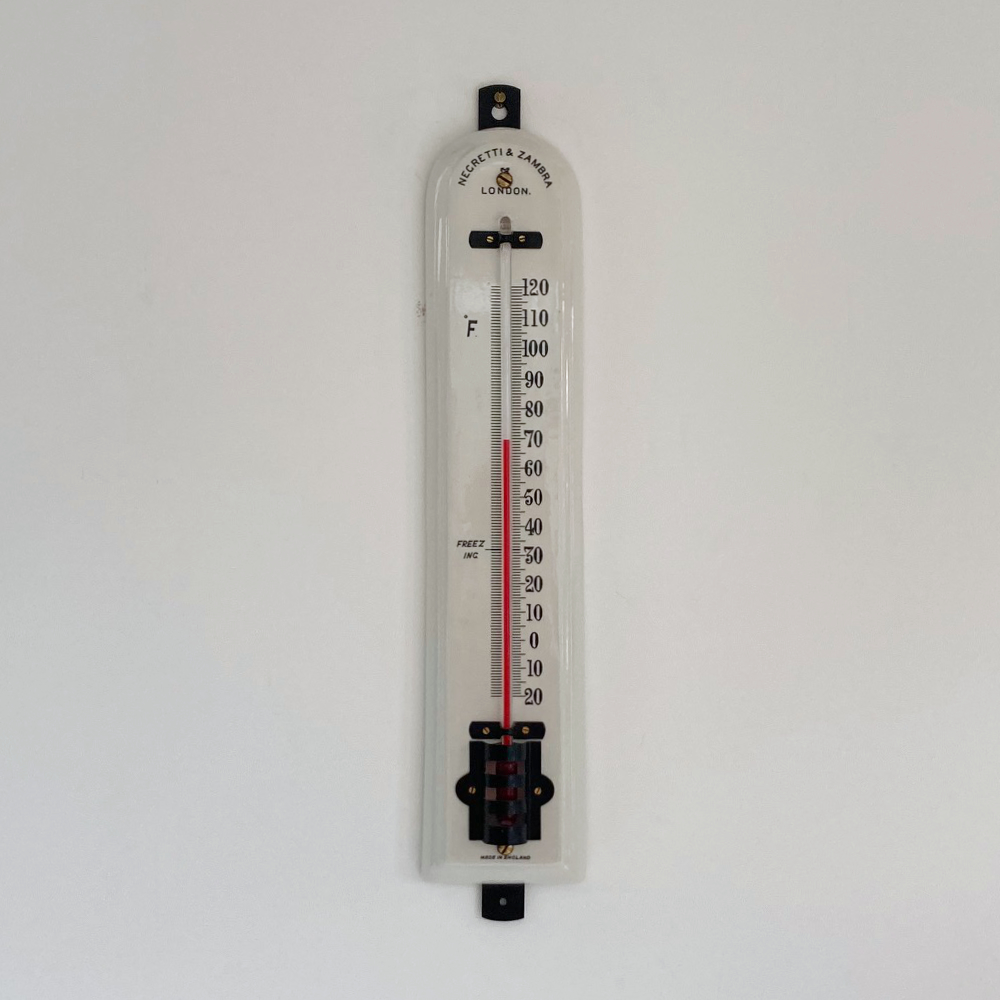 Comprised of a domed top and graduated porcelain scale-plate measuring 55cms in length and 12cms in width. The plate is painted to the right with a Fahrenheit scale measuring -20 to 120 degrees with a large bored red spirit thermometer to the centre. The left has a single temperature indication for freezing and a single F, to denote the unit of measure. The thermometer is secured to the base plate by means of two black painted thermometer clips and with a large grill over the large thermometer bulb for protection.

The dome top is marked to, Negretti & Zambra, London with “Made in England” to the base and it has a hanging loop at each end for wall mounting.

A superb wall statement, these largescale porcelain thermometers are very scarce, and this example is in superb order with a bright and very wide red spirit line.

Throughout their long and esteemed history, they exhibited at British and international industrial fairs and became makers to both Queen Victoria and Edward VII. Owing to changes in the business, the firm ceased the public retailing of scientific instruments sometime around the late 1960’s and continued with a focus on the aviation industry in numerous guises until its eventual liquidation in the year 2000. They are today perhaps the most collected of the scientific instrument firms which bears testament to the quality of their work.