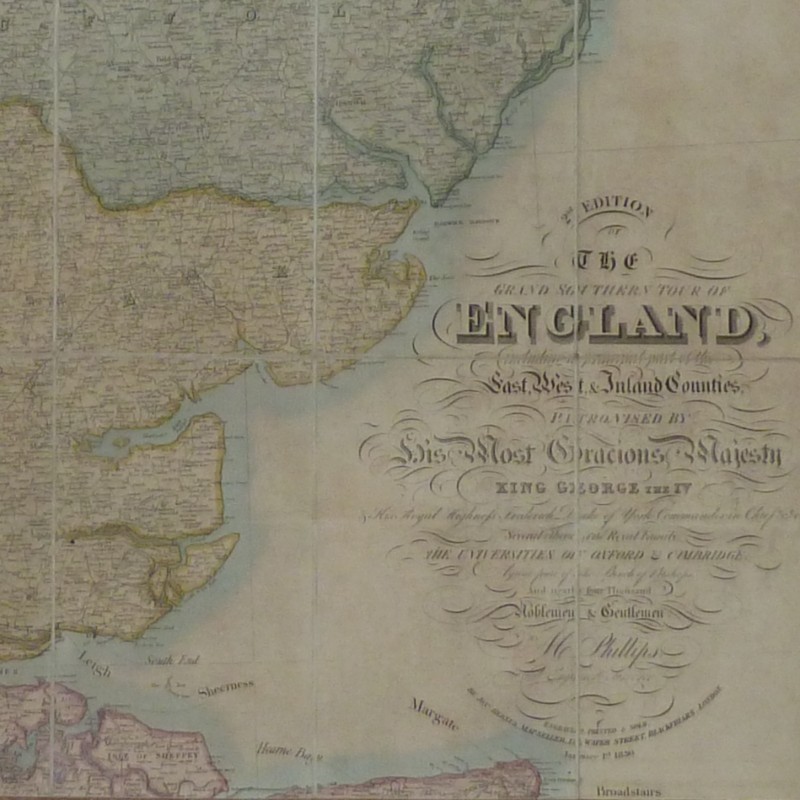 ‘The Grand Southern Tour Of England, including a principal part of the East, West & Inland Counties’

Folding map: dissected into 48 sections and mounted on linen.

‘Patronised by HRH King George the IV  His Royal Highness Frederick Duke of York Commander in Chief etc. Several others of The Royal Family The Universities of Oxford & Cambridge’

A large scale map of the southern part of England, showing each town, village, church, hall, country home, woods, city, ancient sites, and all the roads crisscrossing this rich and varied landscape.

Extending from the south coast up to Cambridge and Stratford and from Ramsgate to the mouth of the Severn, the map covers the most prosperous parts of England with enough detail to have been a map that a traveller could easily have used to journey