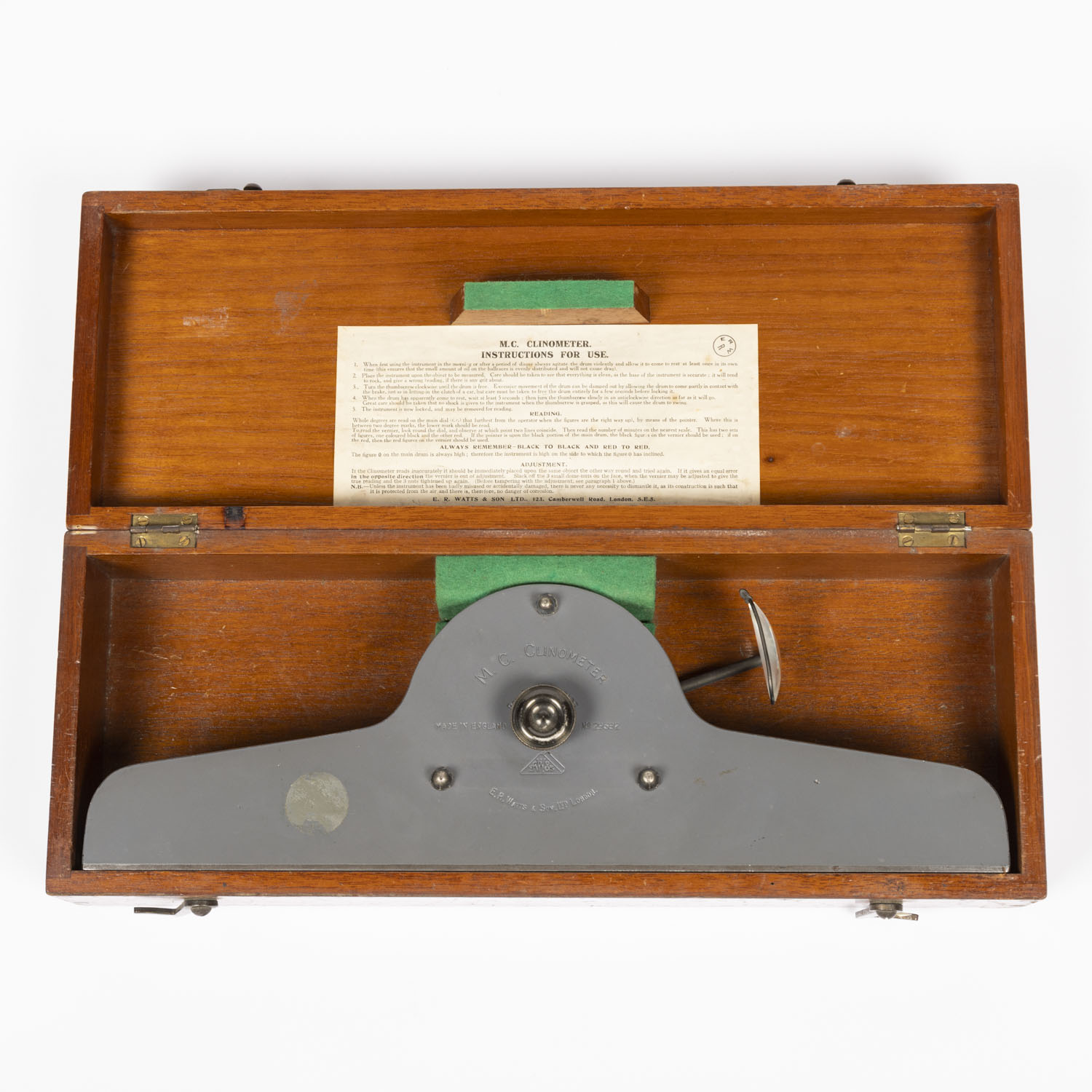 A 14 inch clinometer by E R Watts of London

The National Gas Turbine Establishment (NGTE Pyestock) in Farnborough, part of the Royal Aircraft Establishment (RAE), was the prime site in the UK for design and development of gas turbine and jet engines. It was created by merging the design teams of Frank Whittle’s Power Jets and the RAE turbine development team run by Hayne Constant. NGTE spent most of its lifetime as a testing and development centre. Pyestock, a former golf course in a secluded wooded spot was chosen as the turbine development site, as the activities at the NGTE would be top secret and the surrounding woodland would dampen the noise. For over 50 years Pyestock was at the forefront of gas turbine development. It was probably the largest site of its kind in the world. V bomber, Harrier and Tornado engines were tested on site. The power of the air house allowed Concorde’s engines to be tested at 2,000 mph. Every gas turbine installed in Royal Navy ships was checked here and captured Soviet engines were discreetly examined.

E. R. Watts and Son,123 Camberwell Road, London, makers of theodolites and other surveying instruments, established by Edwin Watts in 1856.