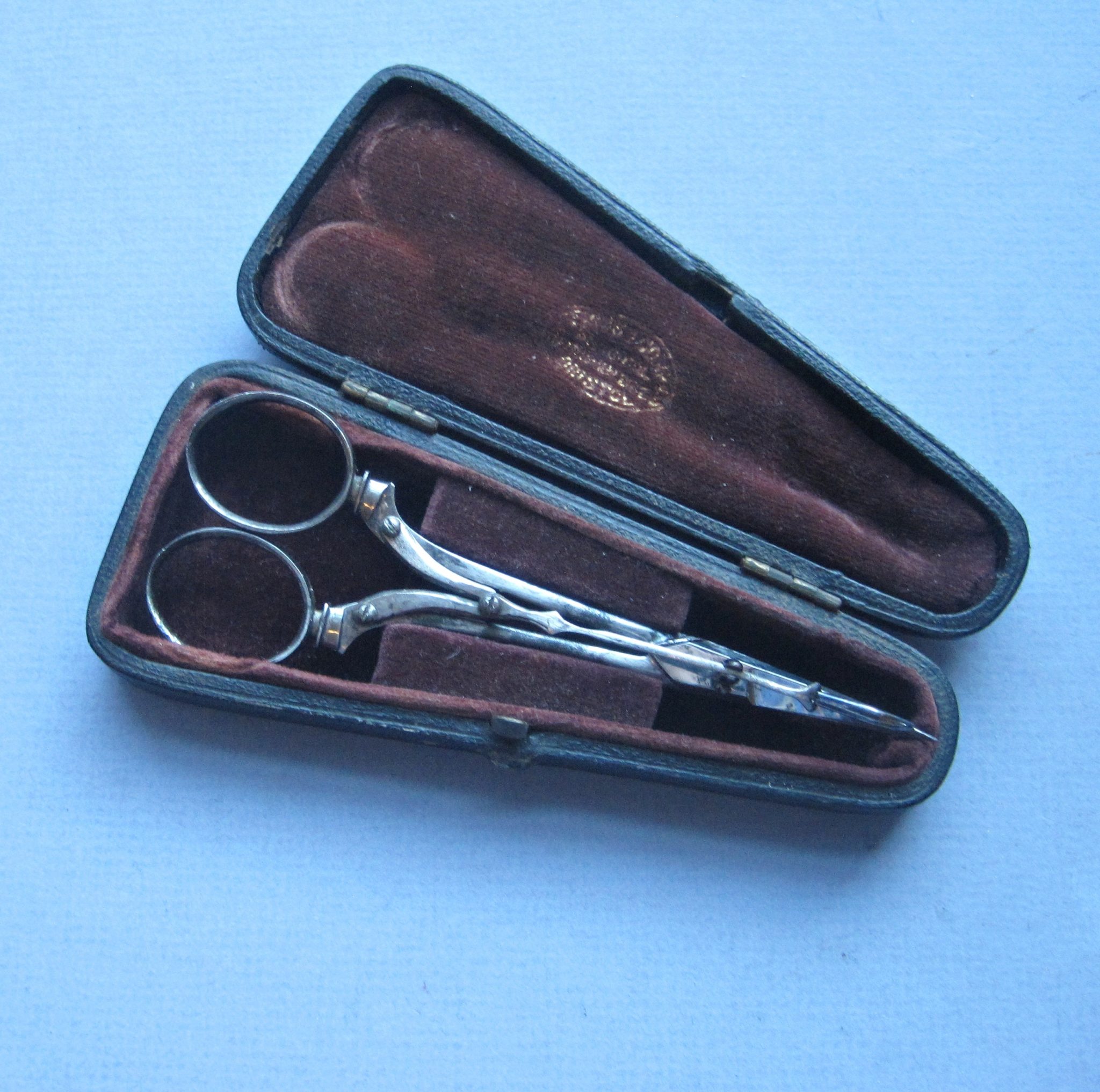 A Skin-Grafting Scissors by Ferris

A nicely cased pair of skin-grafting scissors by Ferris & Co, working in Bristol,England, C1870-1880s. They are sometimes referred to as “Reverdin Scissors”, after the Swiss doctor, Jacques-Louis Reverdin (1842- 1929), who pioneered skin grafting. He has been credited by some with having accomplished what was effectively the  first organ transplant. His seminal work  on skin grafting was published in 1869 and his pinch-graft technique is apparently still in use today.
The Phisick site indicates that these scissors were also used in iridectomies and , in fact, were first introduced for that procedure. Apparently in 1867, two years before Reverdin published his work on skin grafting: “Parisian instrument maker Mathieu illustrated a pair of pince-ciseaux for performing peripheral iridotomies with one hand. Their invention has been attributed to M. Adolphe Meyer.” As you can see, the Mathieu scissors are nearly identical to those that we are offering. It appears that in the UK and USA such scissors were used for skin grafting, as we find them in a number of catalogs under that title, including the 1889 Tiemann Armamentarium (p. 120). We have not been able to establish if they were also used for iridectomies as they were in France.