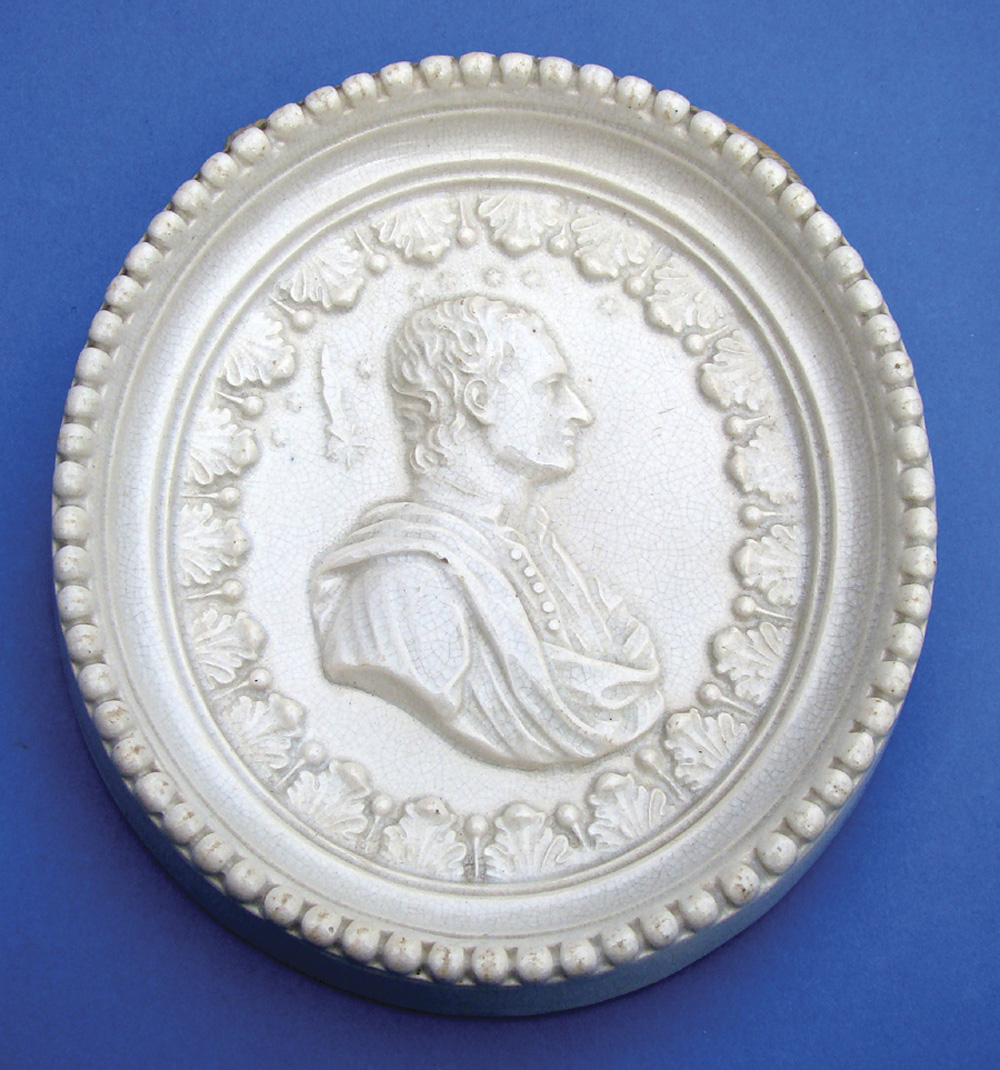 A STAFFORDSHIRE PLAQUE OF JULIUS CAESAR AND HIS COMET

Offered for sale is an antique white plaque illustrating the Roman Emperor, Julius Caesar and the Great Comet of 44 B.C.

CAESAR AND HIS COMET, ON A STAFFORDSHIRE PLAQUE, English, c. 1800.  This fine cream colored oval plaque is 5-3/8” (14 cm) wide and 6” (15 cm) tall, and bears the raised profile bust of, apparently, Julius Caesar, with a comet and eight stars blazing in the sky, the whole surrounded by a band of leaves (oak leaves, perhaps, and thus the “corona civica” which was awarded to Caesar).

An extremely bright daytime comet, perhaps the brightest in recorded history, appeared for a week in 44 B.C. shortly after the assassination of Caesar.  The appearance of this “Great Comet of 44 BC” or “Caesar’s Comet,” was taken as confirmation of his deification, and was used on coins of the time.