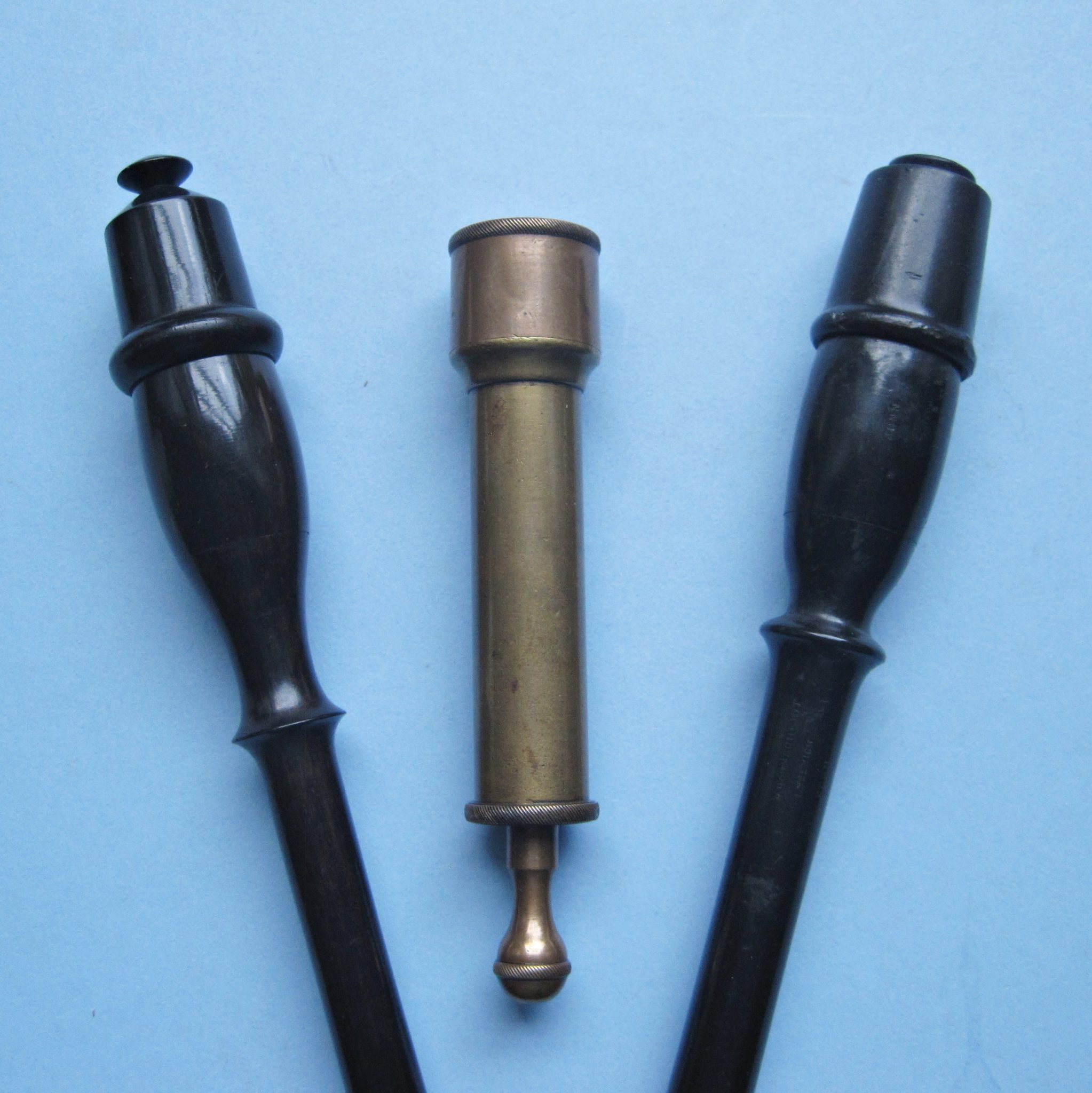 Three Lebenswecker counter-irritant devices: two in the classic Baunscheidt form, the third a very rare variant in brass. From the left in the first image:

1) A classic Lebenswecker in ebonized wood with steel needles.  SOLD

2. A very rare variant of the Lebenswecker in brass with steel needles.  Probably a pirated version by a manufacturer attempting to capitalize on the success of Baunscheidt’s “invention”. $395.00

3) A classic Lebenswecker in ebonized wood with steel needles Most Lebensweckers are unmarked but this one is stamped: “BAUNSCHEIDT BONN”. $150.00

Quoting from the Wood Library Site:

Counterirritation is an ancient technique, also used in homeopathy. It induces inflammation in one spot for the purpose of relieving it in another. This might be done by rubbing a counterirritant substance (such as pepper or camphor) onto the skin, or inserting it under the skin by means of needles.

The German inventor, Carl Baunscheidt (1809-1873) introduced his Lebenswecker (“life awakener”) in 1847. The inspiration for this device came when he noticed that pain in his arthritic hand was eased after gnats had bitten him there. He theorized that the gnats bit an opening in the skin and injected an irritant that stimulated drainage of disease-causing substances through the skin.

The needles of the Lebenswecker were dipped in a proprietary counterirritant oil, and then used to puncture the skin in the selected location. This produced a rash with draining blisters. Baunscheidt called his treatment “Baunscheditismus”, or “The Exanthematic Method”, and claimed that it would cure numerous diseases. Also called a “resuscitator” or “vitalizer”, versions of the instrument were in common use from 1860 to the early 1900s. Many believed that the drainage was proof of the release of pernicious substances from the body. Compare this to the Chinese practice of qixingzhen therapy.